Anatomy of a publicity session 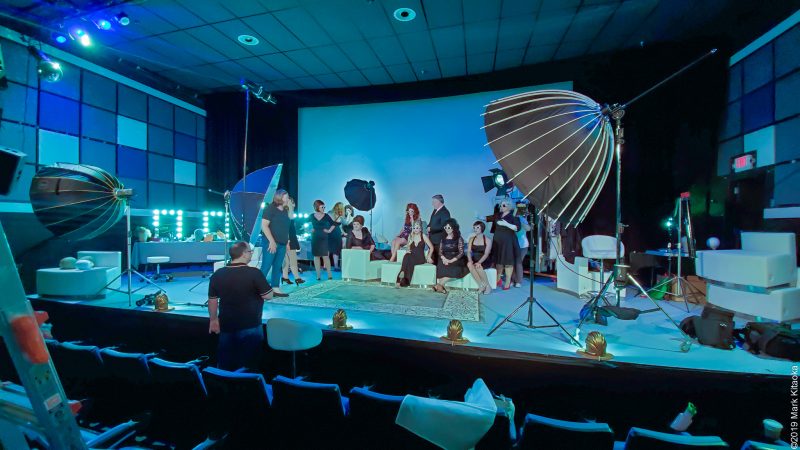 Whenever I am hired by a client to create imagery my first question is always “What is the mood you’d like me to create for this session?” Sometimes they have a mood board established, sometimes not. The reason I tend to shy away from mood boards, meaning photographs; it is human nature to get a specific shot stuck in our heads. Much like those crazy M.C. Escher drawings where there are two distinct images, but once you see one, you have a hell of a time seeing the other. And since the client wants their marketing to stand out from what has been done in the past, photocopy photography (my term) just isn’t something I’m hired to do, nor do I want to do that type of shooting.

So the stage play “Nine” is based on the 2009 movie of the same name. The client wanted a Vanity Fair look and feel to the images which would all be in black and white….my favorite color btw! Since this is a new client for publicity I did not ask questions like, “How do you want the imagery to smell, taste and sound?” Crazy imagery questions right? But imagery, much like music is just the catalyst to begin a sensory process that takes the viewer into feelings, dreams and memories of their own. It is the reason why I judge imagery by how I feel when I gaze upon the vision. A pretty picture without feeling is just a pretty picture for me.

Although I would be creating imagery of each individual character, the money shots would be of the group together, nine people in total. For anyone who has shot groups, you know very well the challenges it produces. My situation was no different. Sculpting light for a group of people takes finesse and planning. 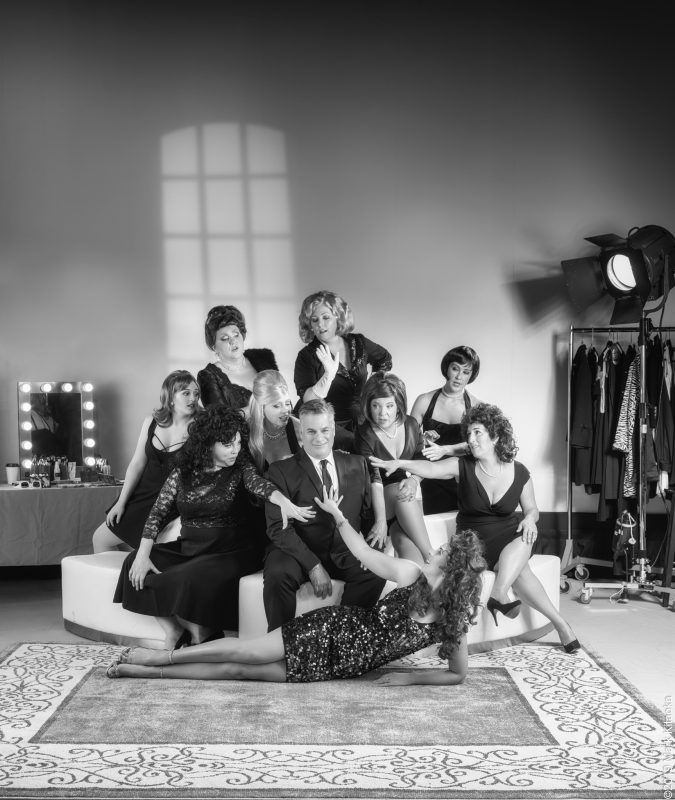 So here are the items I chose for this session:

The Glow Grand Para 70 is a REMARKABLE modifier. It has taken me six full months to begin to understand how to effectively use this beast. Unlike other focusing rod modifiers its most compelling use is not for the faint of heart, just like the Bron 133 Para line. BUT once I began to understand the nuances of its characteristics it has become my go to modifiers for many, many sessions. In its fully flooded focusing rod position it easily covered the entire group of 9 people. And unlike normal diffused soft or octa boxes, the color punch and contrast is delicious. My client base has been convinced of focusing rod modifier results. 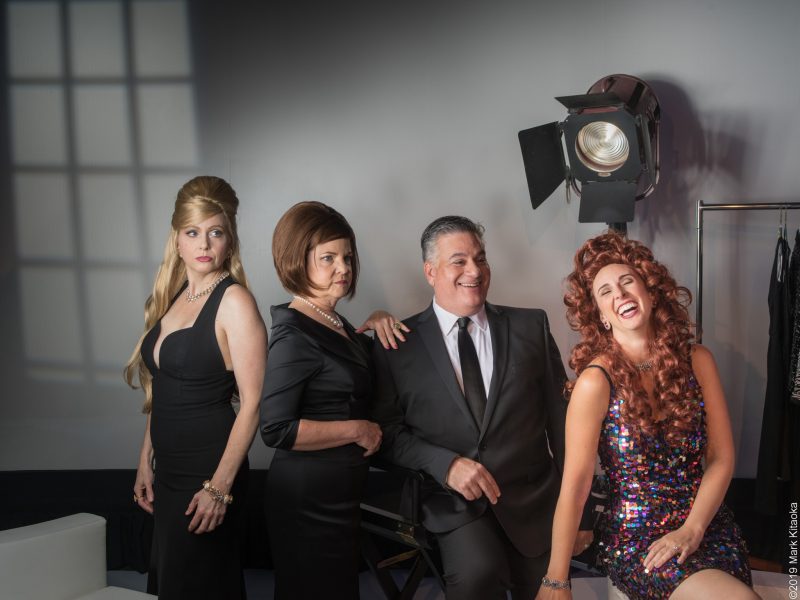 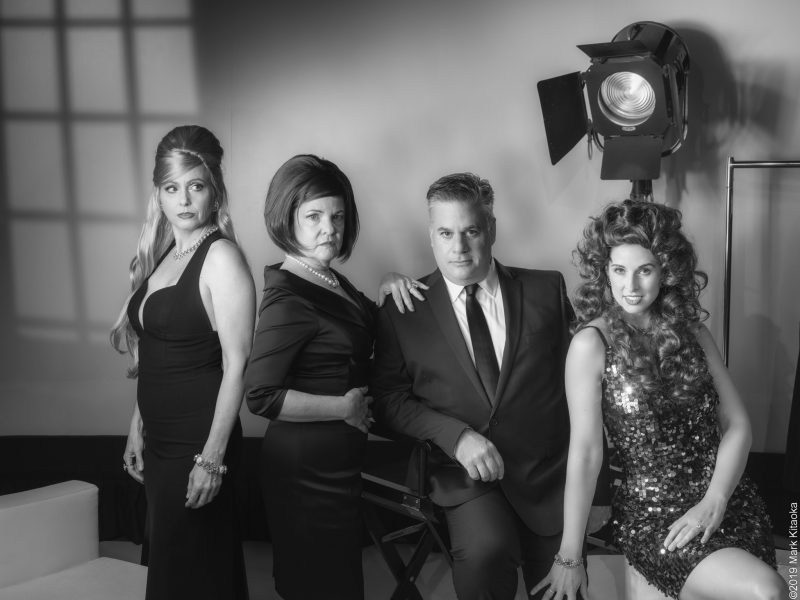 With a group this large and arranged in the way the client wanted, a very large fill/rim light was needed. This is where I used my Elinchrom 69” with my focusing rod fully flooded. For directional fill I used the Glow EZ with the inner disk/diffusion panel and the grid to direct the fill to where it was needed.

The ability to focus or flood the Glow Grand Para and the Elinchrom 69” is wonderful. Focusing rods replace my need to haul and lug many different sizes and types of modifiers to obtain the characteristics and feeling I am trying to achieve in light. And as I’ve stated earlier, the light they produced when used properly is just exquisite.

As just an example:

This shot of Steve was created with the Glow Grand with the rod in its fully focused position. His ‘scream’ needed to have a spotlight affect the client desired. So instead of having to change the modifier to a ‘spot’ type or apply a grid I just adjust the position of the strobe in the modifier. 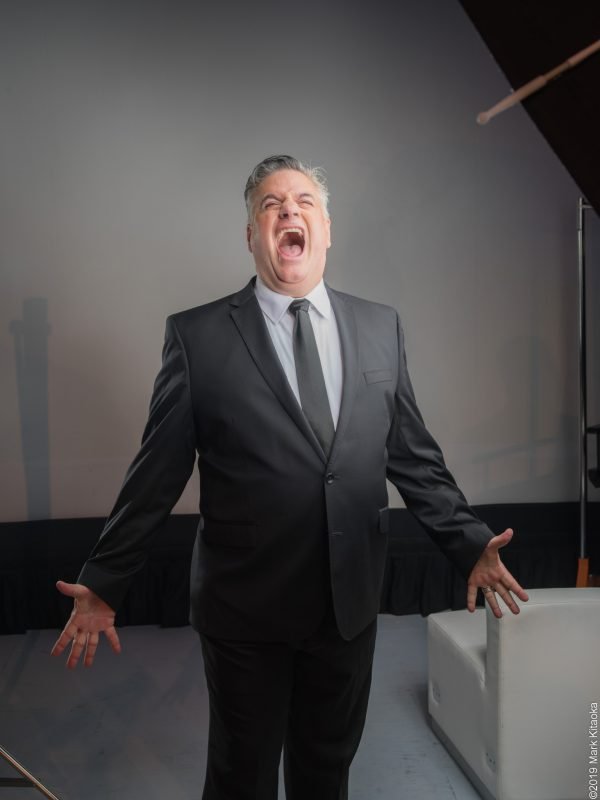 In using the Eli 69” as a fill I was able to either fully flood the modifier or use more of a spotlight fill in the situation where I wanted more of a pinpoint for fill. With a group this large that is a godsend. I also used my Mole Richardson as a subtle hair light in those instances where I wanted a glow on the person or persons hair.

The Saberstrip v2.0 which uses an AD200 rather than a speed light is just as remarkable as either a key light, rim light or both. I’m still not sure where Scott is in offering these to the general public, but if and when he does BUY some! LOL I cannot speak highly enough about these unique and incredible modifiers paired with an AD200. 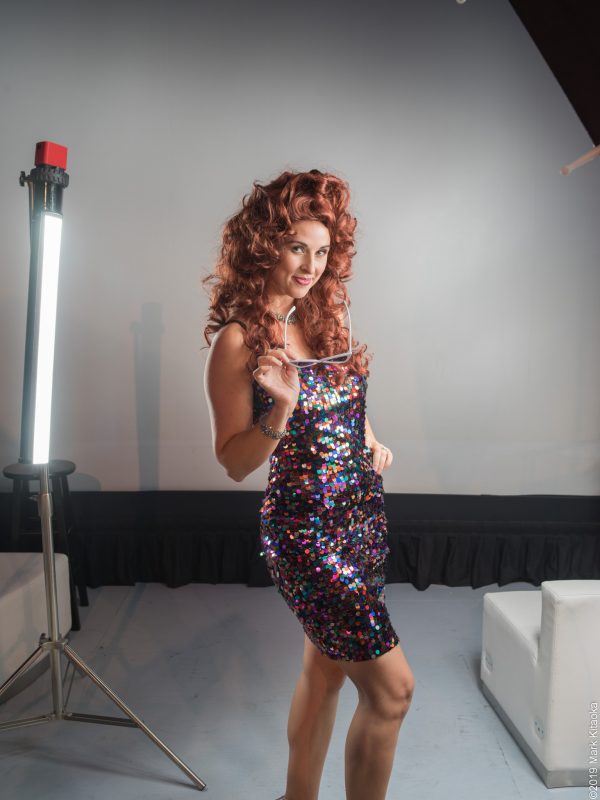 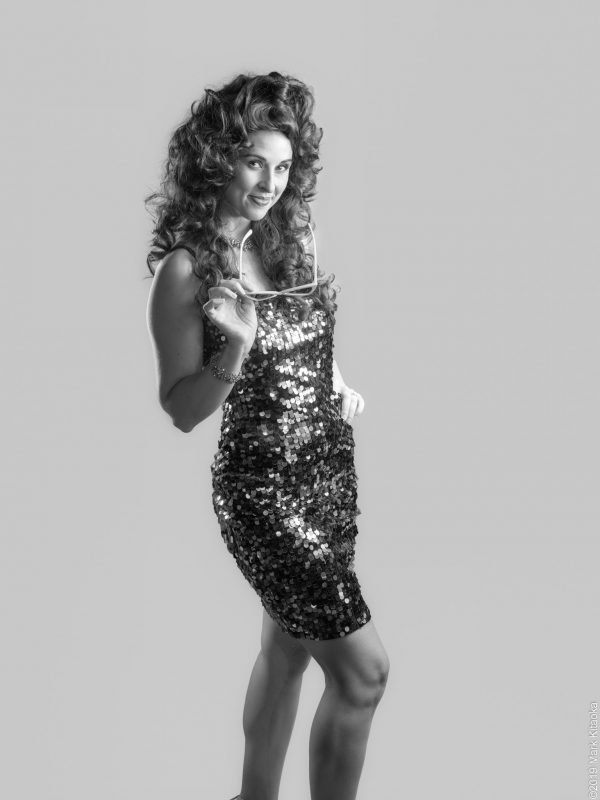 I often find that using gobos to project light patterns on a wall, ceiling, floor or drapes adds more texture and mood to a shot. In this case I asked the client to pick the window gobo she wanted for this mood. 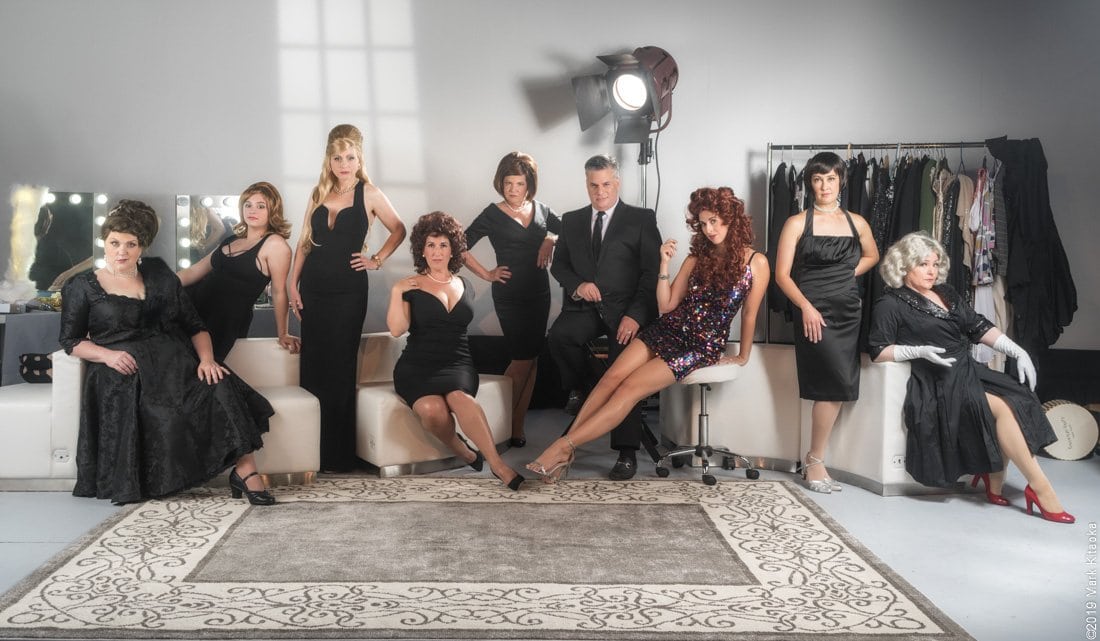 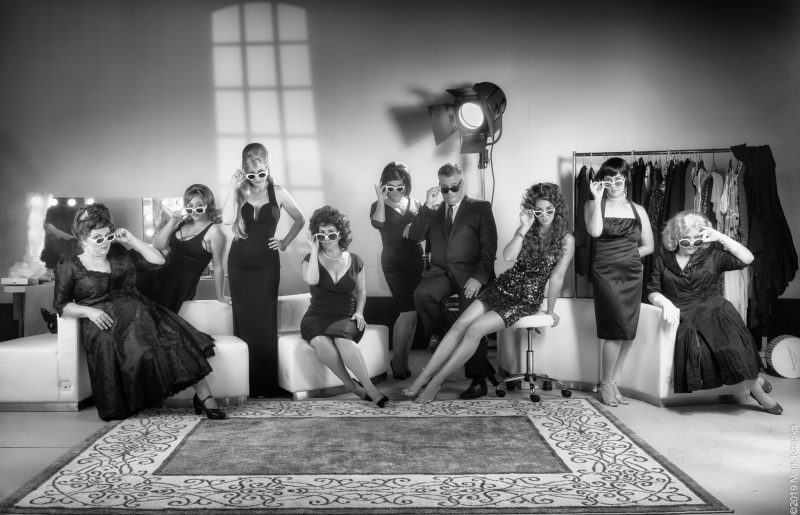 I used a light amount of cold haze to soften the light and the complexion of the talent. Subtle haze is something often used in film and I love how it affects the mood of a shot as well. It adds a very cinematic feel to the shot. I use a cold hazer rather than one that heats the fluid. I find the particulate much more fine than heated haze fluid.

For Everyone and For Pros
2 Comments
Oldest
Newest
Inline Feedbacks
View all comments
Peter H.

How are you liking the Grand Para 70 now after owning it for a while?

Peter I still find the GP70 a remarkable tool for the right application. The quality of light is great and it’s focusing ability is very precise.