This modifier has become my go to sub 12″ Fresnel replacement! I never thought I’d say that. The quality of light and its ability to increase the light intensity is incredible. In a recent cover band publicity shoot I did not use it as a key light since the spread would not have been sufficient. But I did use it as a rim light to illuminate the trees in the grove where we were shooting. Combining the quality of light with its ability to be used in high wind is amazing.

In the images that follow a single Flashpoint 600 (non pro) using the CLAR in its fully flooded position was responsible for the rim lighting of the trees. 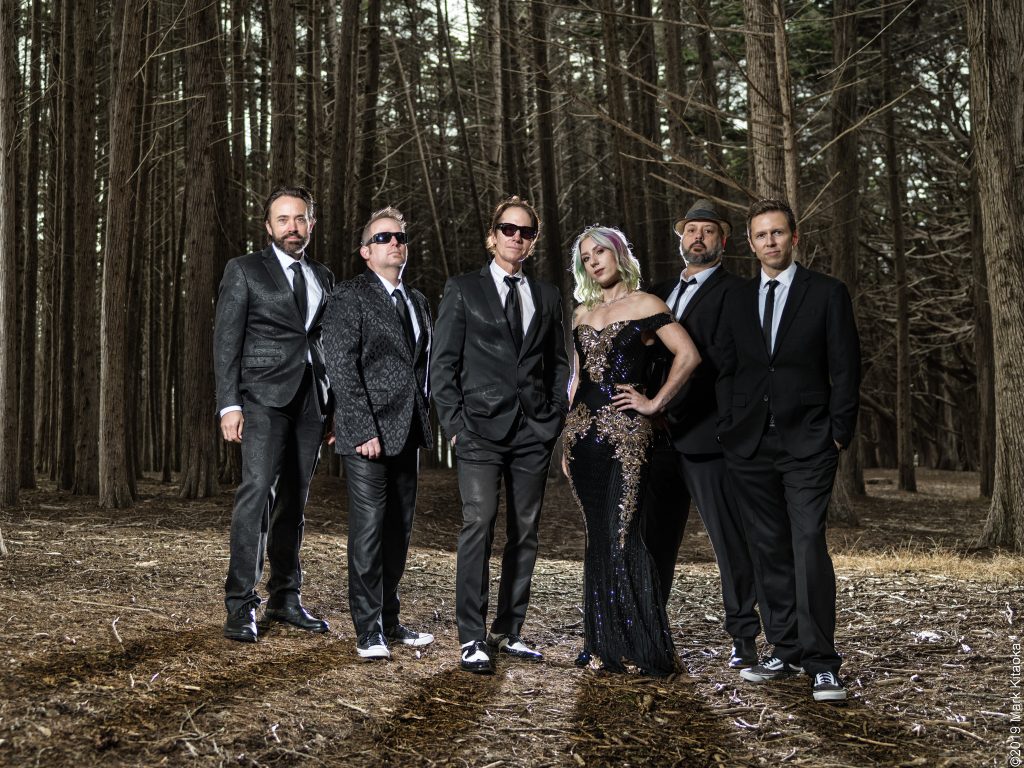 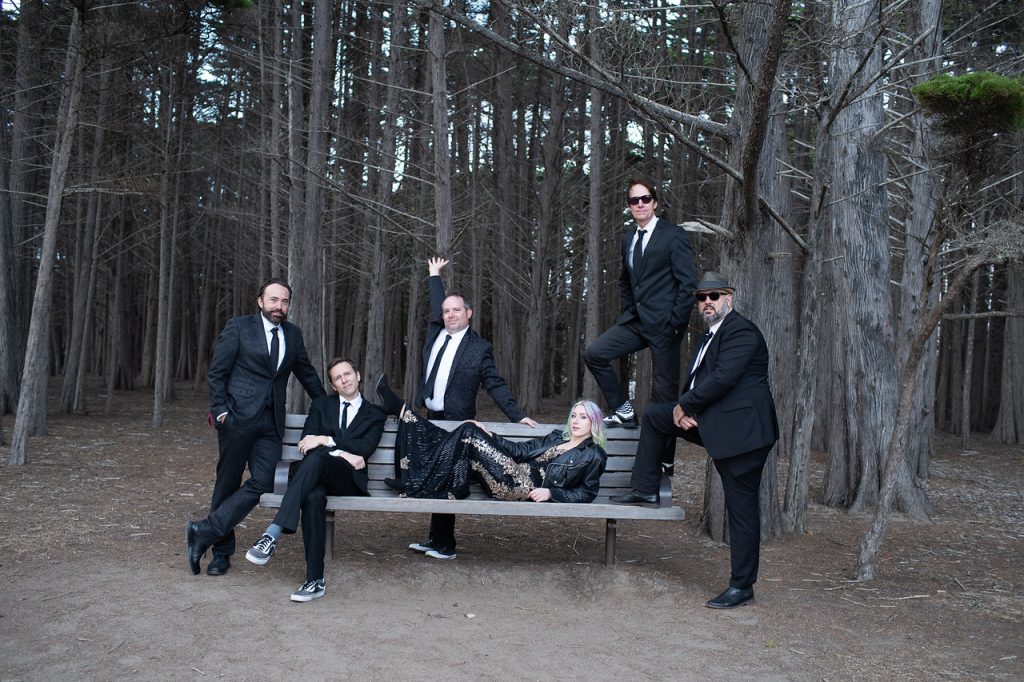 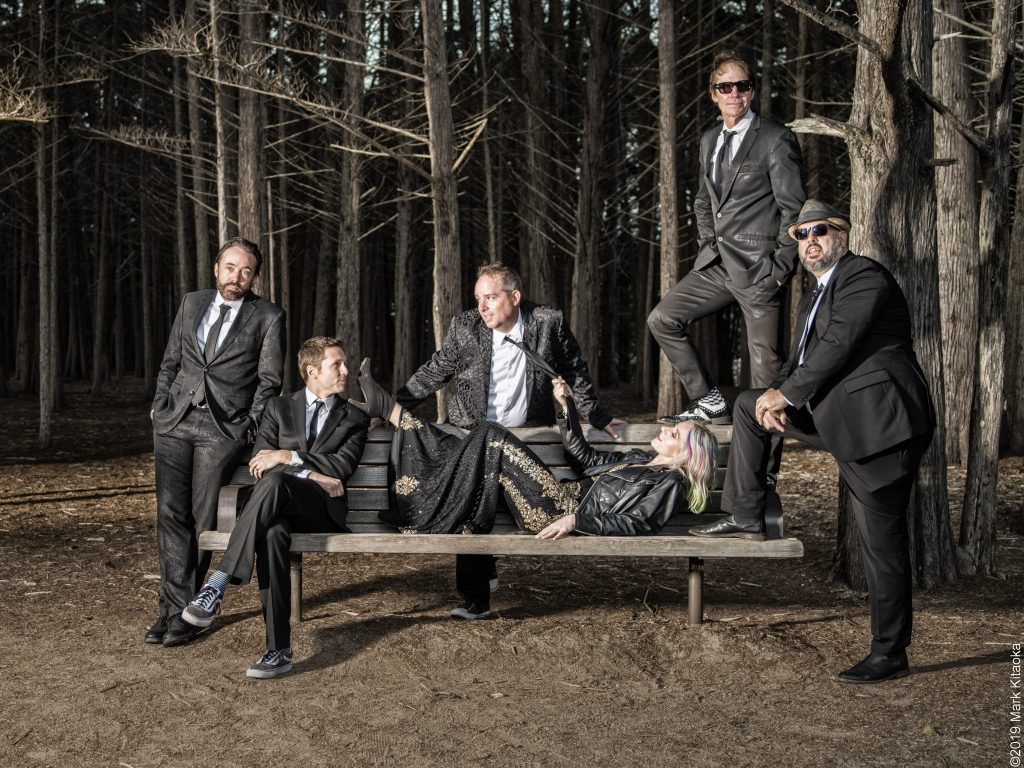 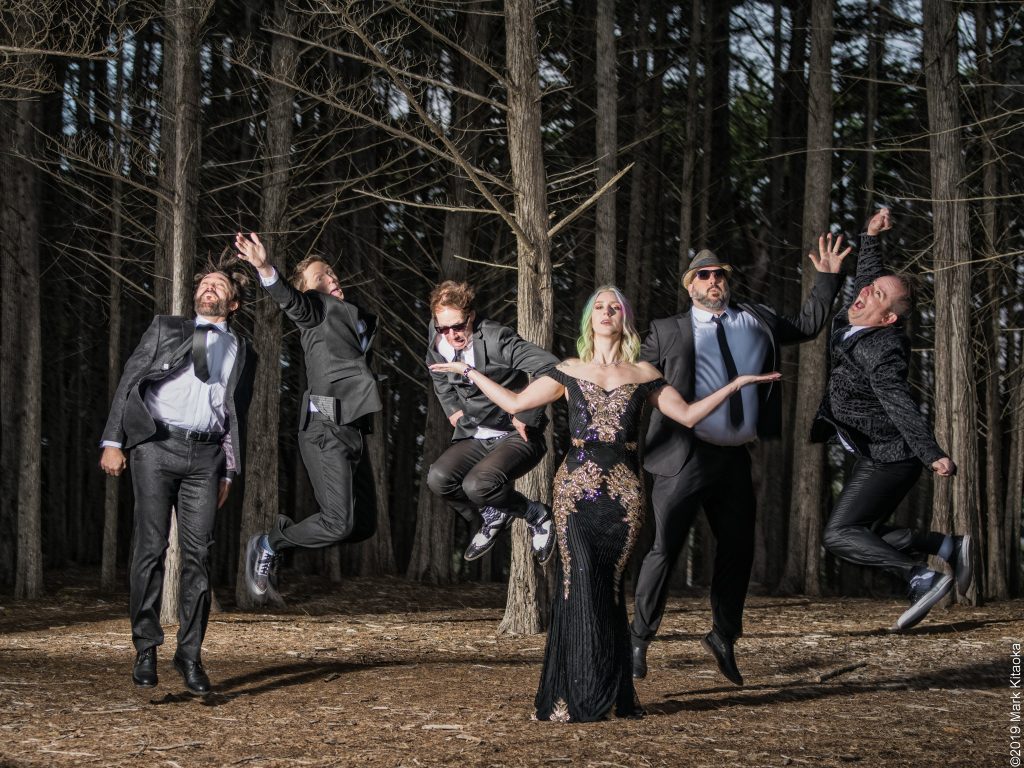 I wanted to update this post to say that I have been so impressed with the quality of light and the focusing ability of the lenticular lens on the CLAR that I only plan to purchase and use these over my other small Fresnel modifiers. The falloff of the lens is incredible. It exhibits the very same characteristics of a Fresnel yet seems more efficient. I have NOT run a side by side test but during a recent on location publicity session I could not have been more pleased with the results. 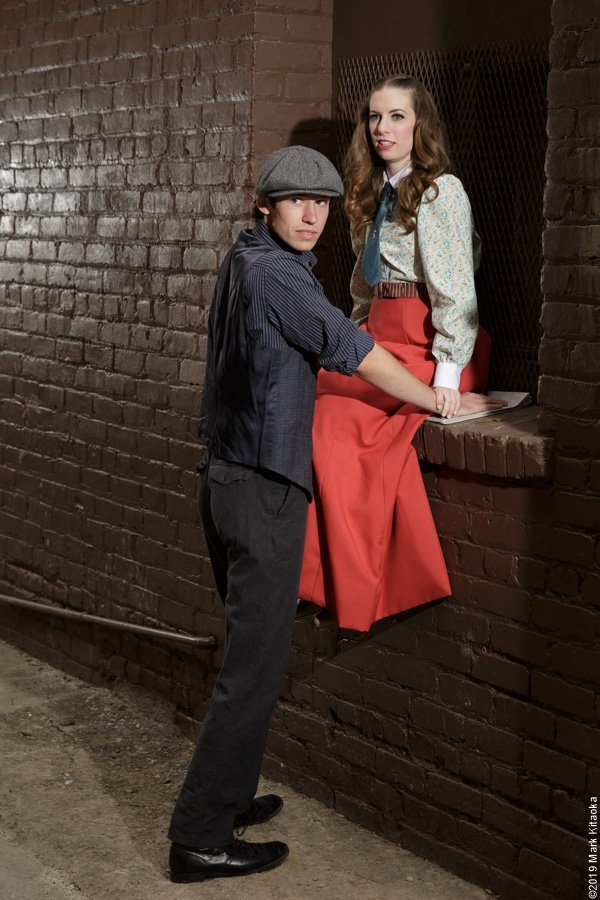 Fully flooded camera right behind me for this shot. About 10 feet from the talent. 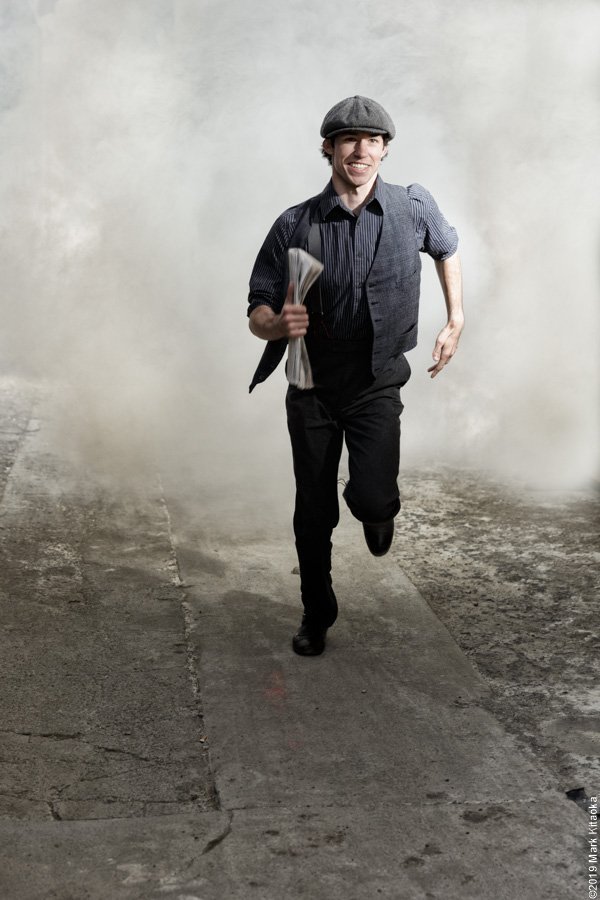 Spotlight 3/4 focused camera right approximately 8 feet from the talent as he ran through the smoke. A coned 600 was behind the smoke to illuminate it for the shot.

I was able to test this modifier on a dancer outdoors during very bright daylight hours. I will simply say that this modifier is as capable as any small Fresnel I own. I really love the quality of light it produces along with its focusing ability. Instead of having to carry several modifiers, I can just carry one. I have no fear of cracking the lens as I do with my glass Fresnel modifiers. I will now put this into my protocol when it’s the right tool for the right job. It’s a pure joy in high wind allowing me to focus or flood the beam of light. 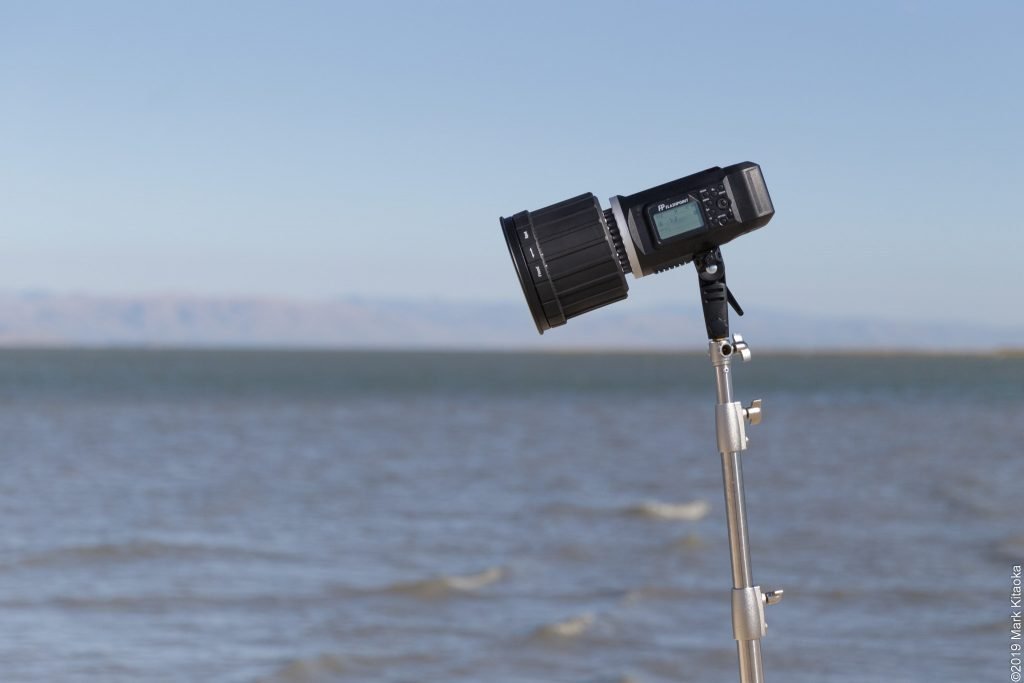 My goal in this test was to determine if the modifier could be controlled to appear as my shots were not lit, but simply a natural light shot. I’m very pleased with the results of this modifier. 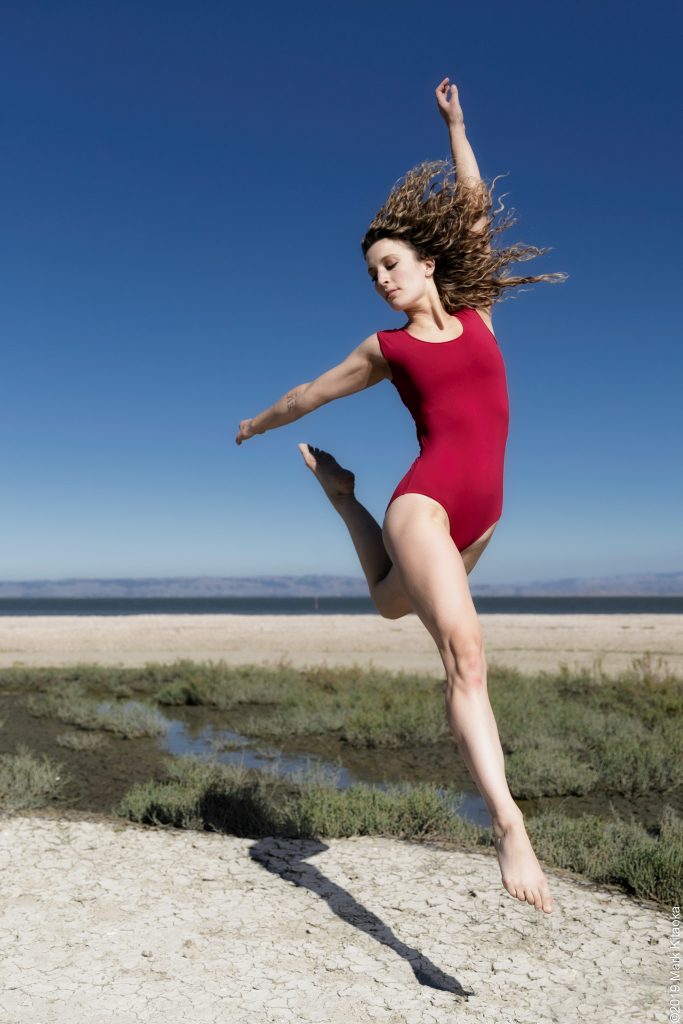 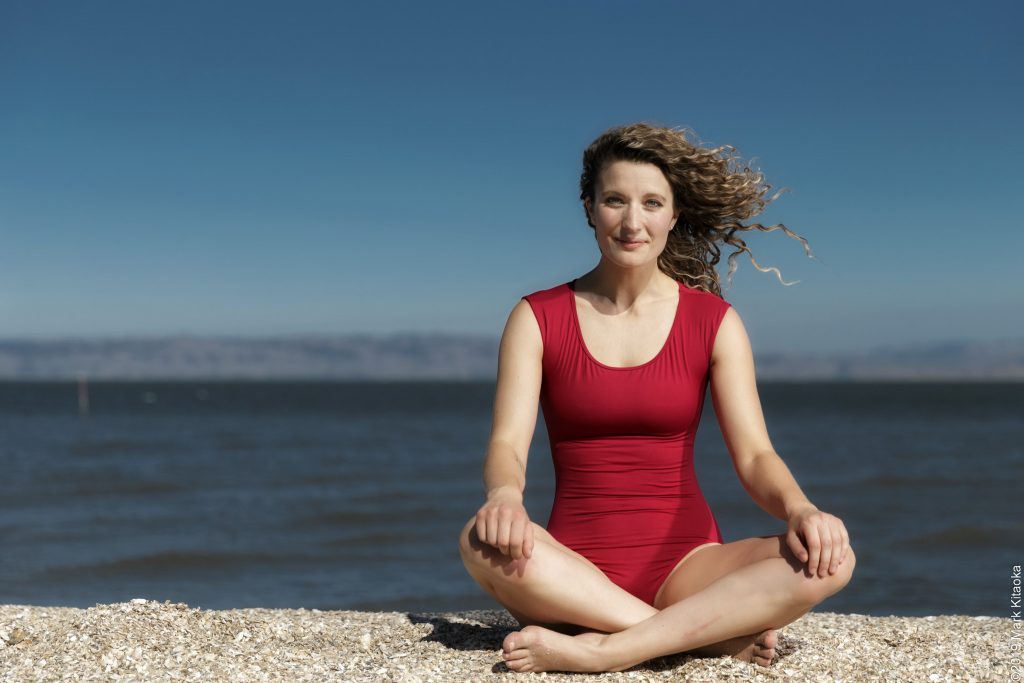 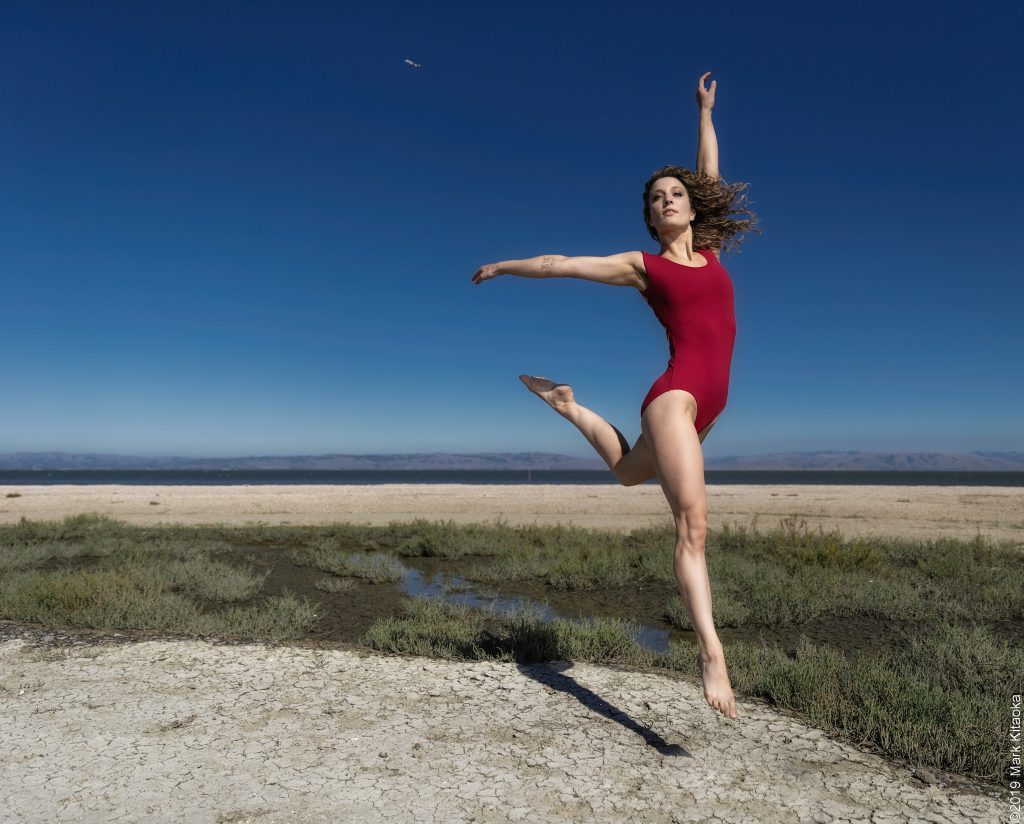 It should be very apparent in the images above based on Olivia’s thick and naturally curly hair that the wind speed that day was approximately 12-15 MPH. The ability to use this modifier in moderate to high wind replaces my former beauty dish for high wind. It’s much more flexible with the ability to focus or flood the light. 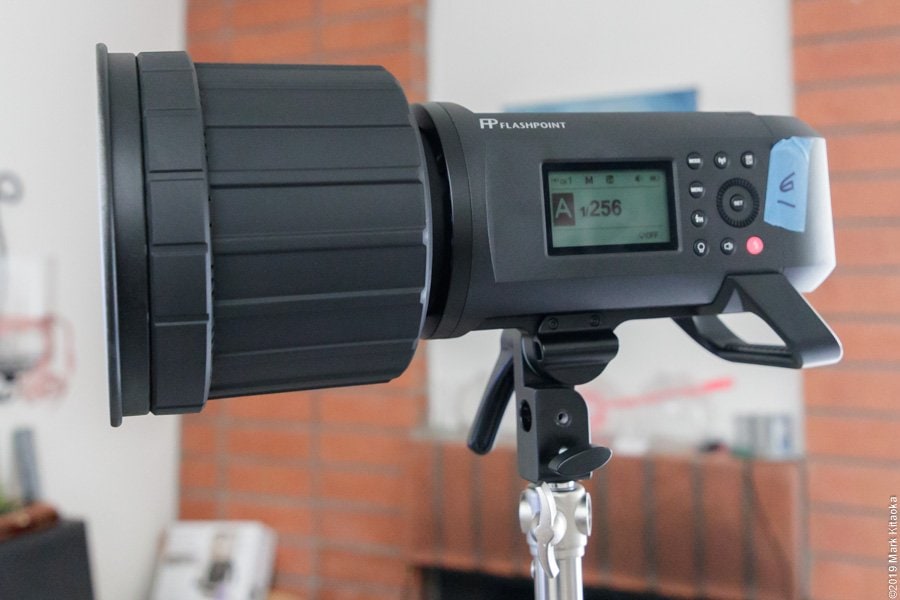 In the fully flooded position, 40 degrees

I was very intrigued when I received the CLAR Fresnel Lens Mount Pro unit. During my initial unboxing I ‘thought’ that this adjustable light modifier had a built in grid. But upon closer examination I discovered that the lens of the unit was unlike any lens modifier I own or have used. It is a lenticular lens and has 3200 tiny little dimples on the lens. I looked up the properties of a lenticular lens to better understand how it affects light. 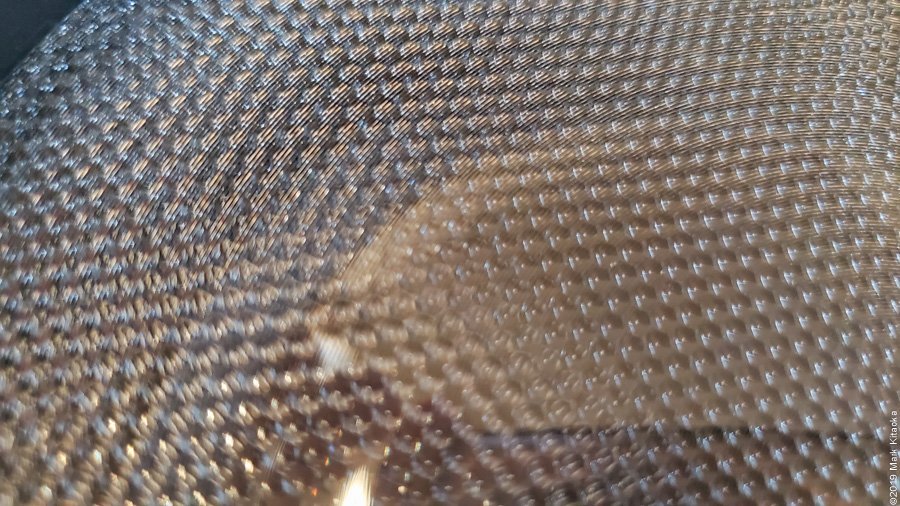 The outer surface of the lens. 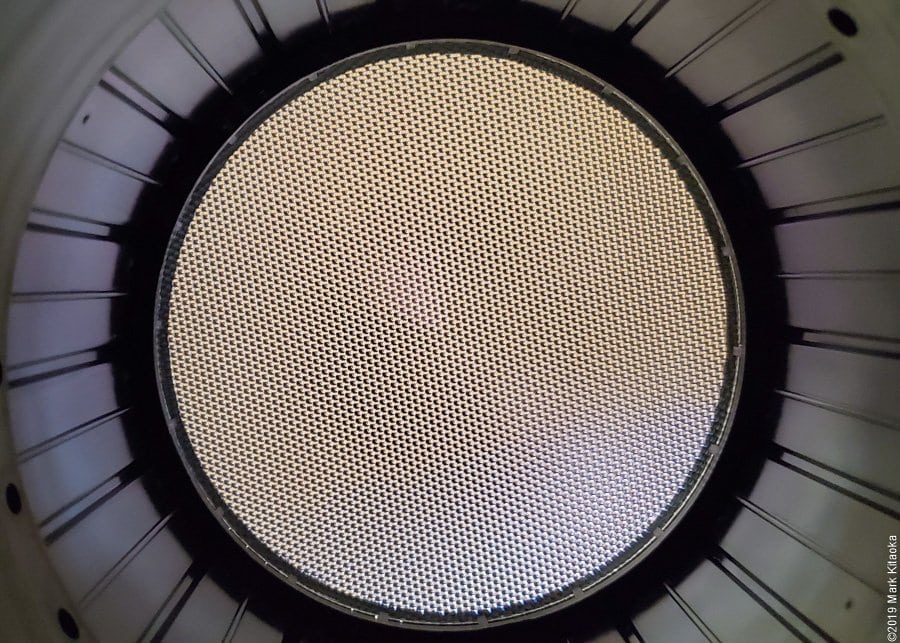 Looking from the inside out. 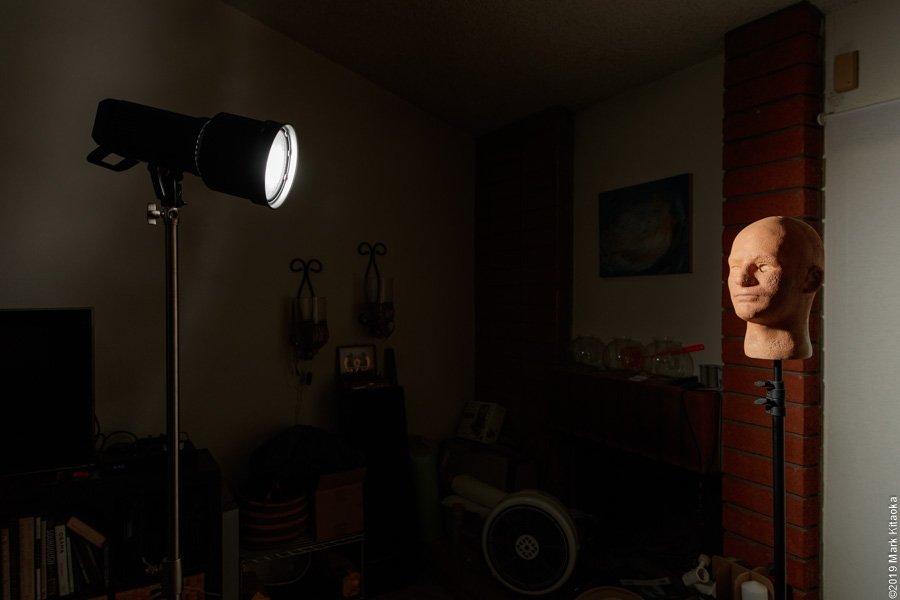 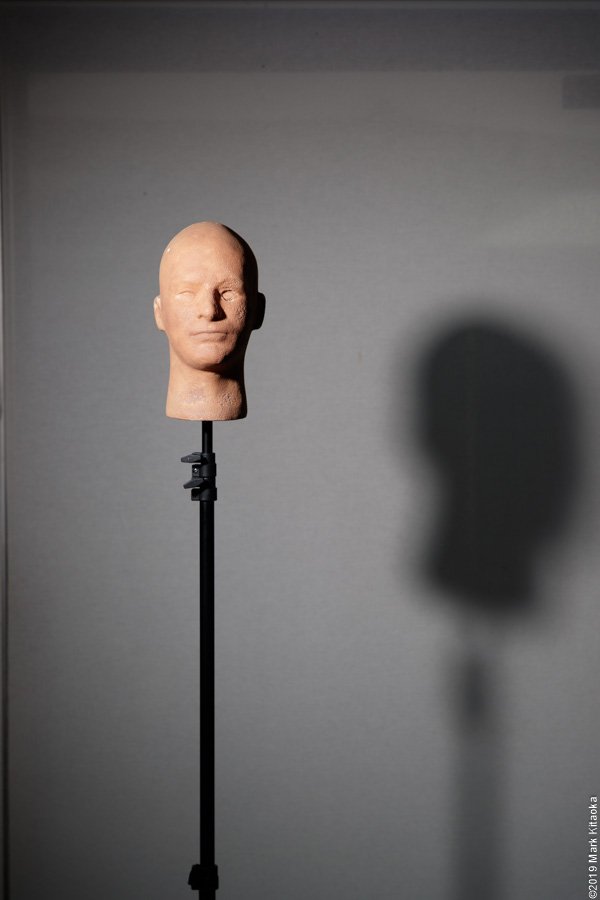 CLAR in the fully flooded position. 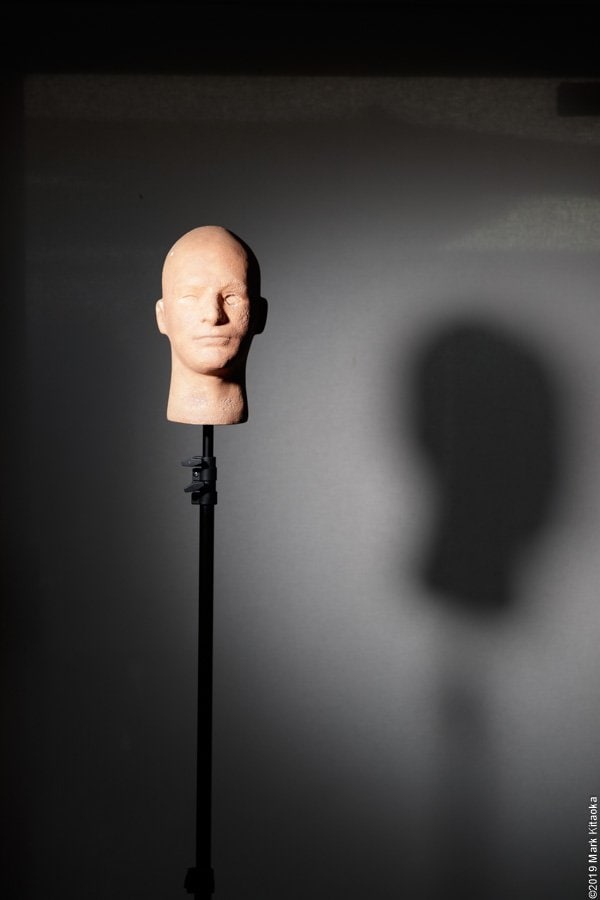 CLAR in the fully focused position.

The quality of the CLAR’s construction is well done. The adjustment rotates easily and smoothly. The lens is molded plastic and I estimate around 0.25” in thickness. It is 5.5” in diameter. 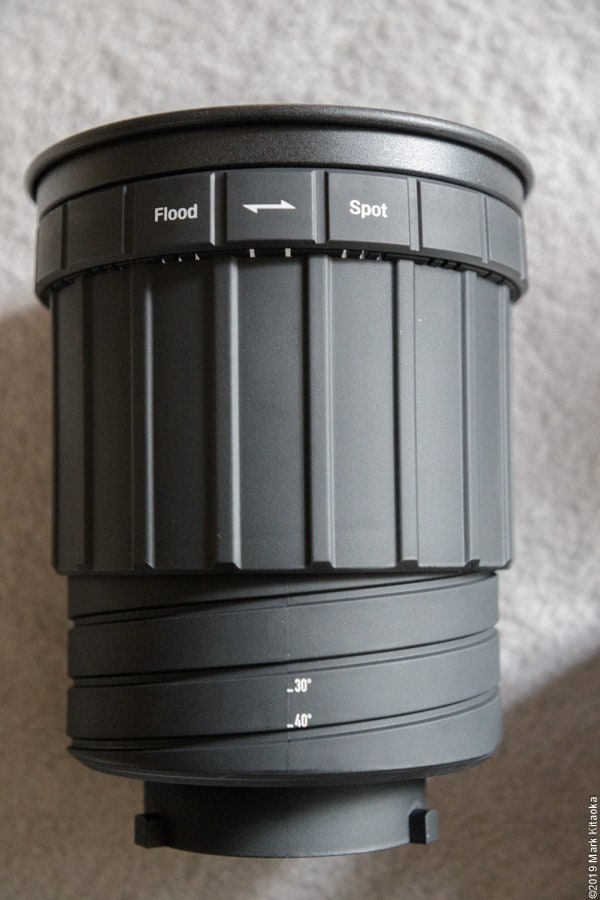 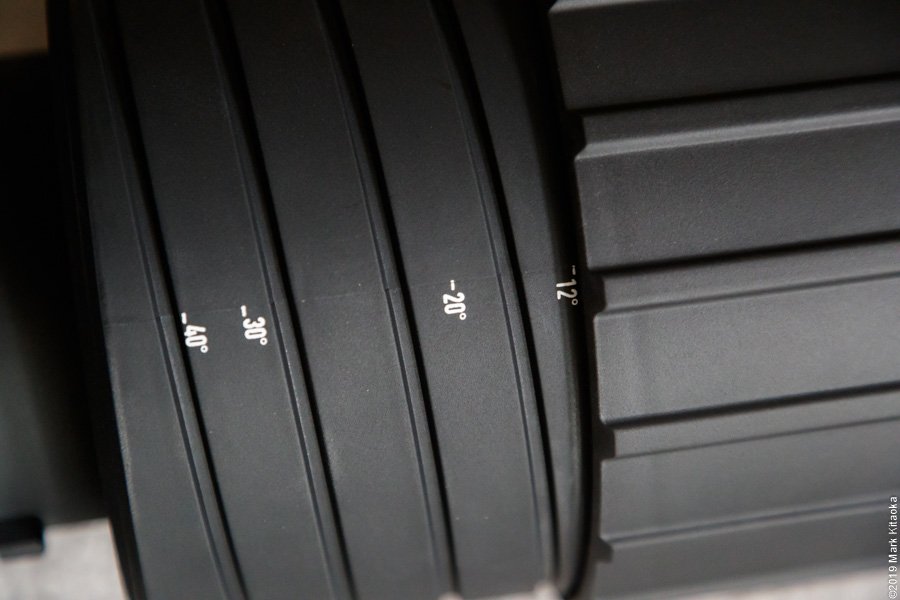 The images which follow illustrate the physical differences between the other focusing Fresnel modifiers I use and own with the exception of my Mole Richardson Hollywood spotlight I’ve converted into a strobe. 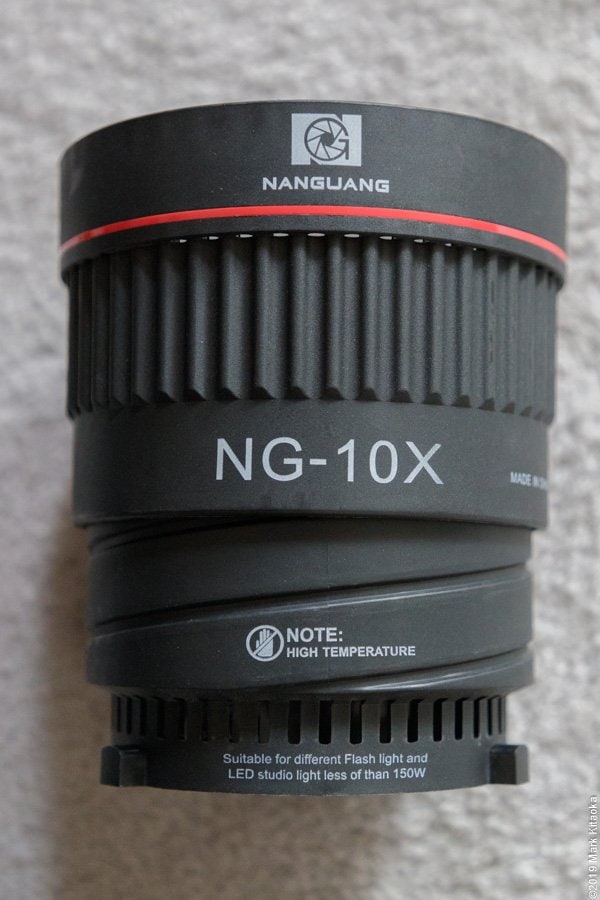 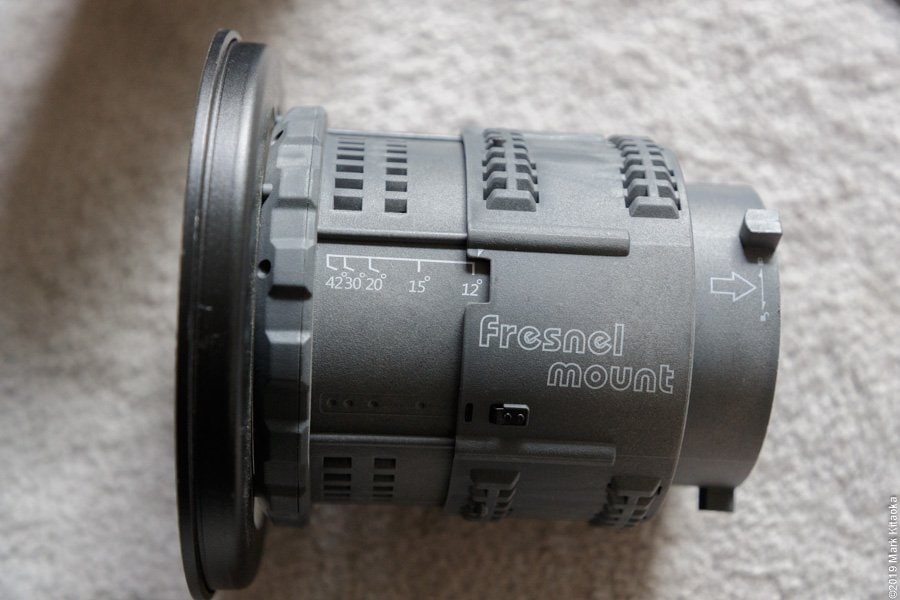 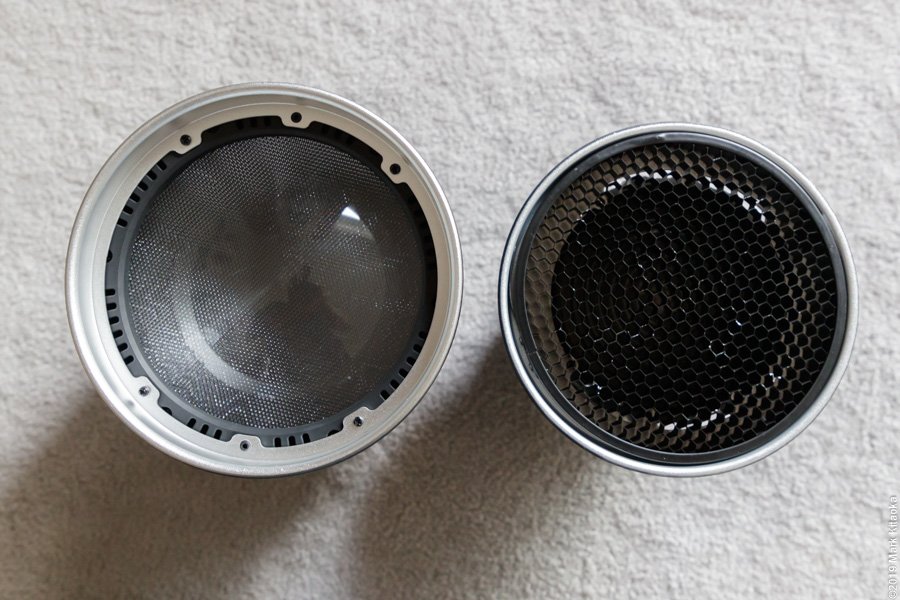 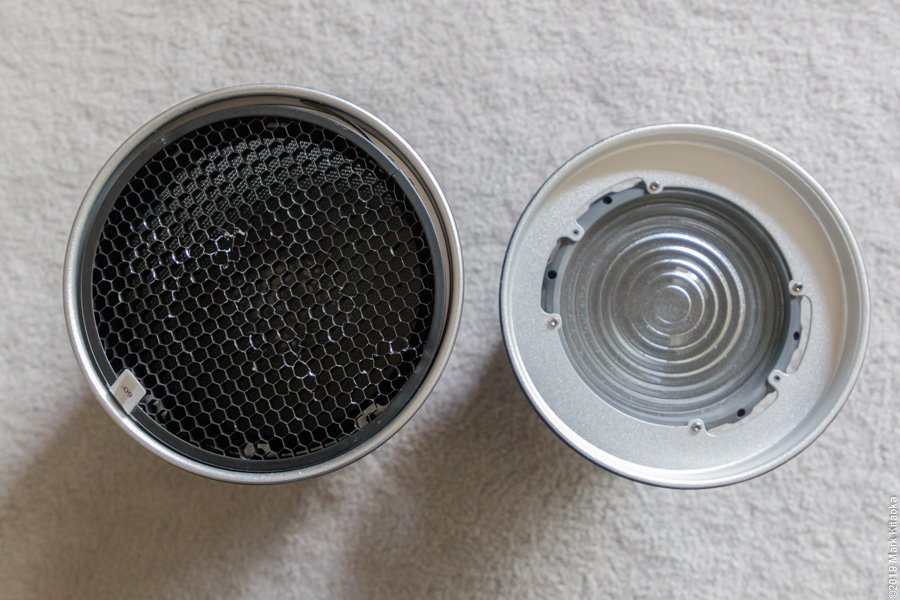 My 7″ cone grids fit into the CLAR. 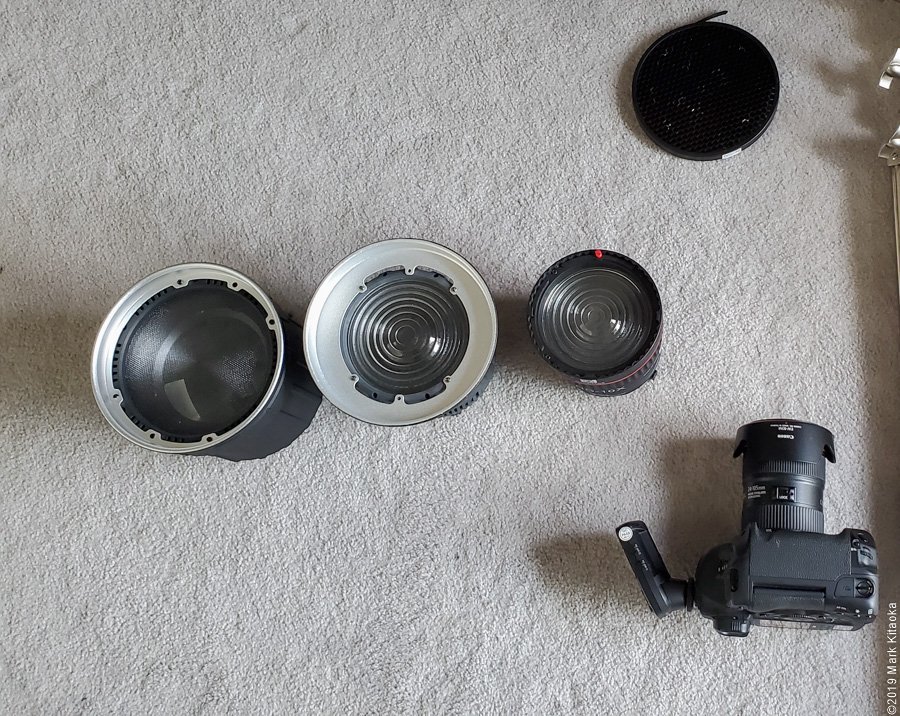 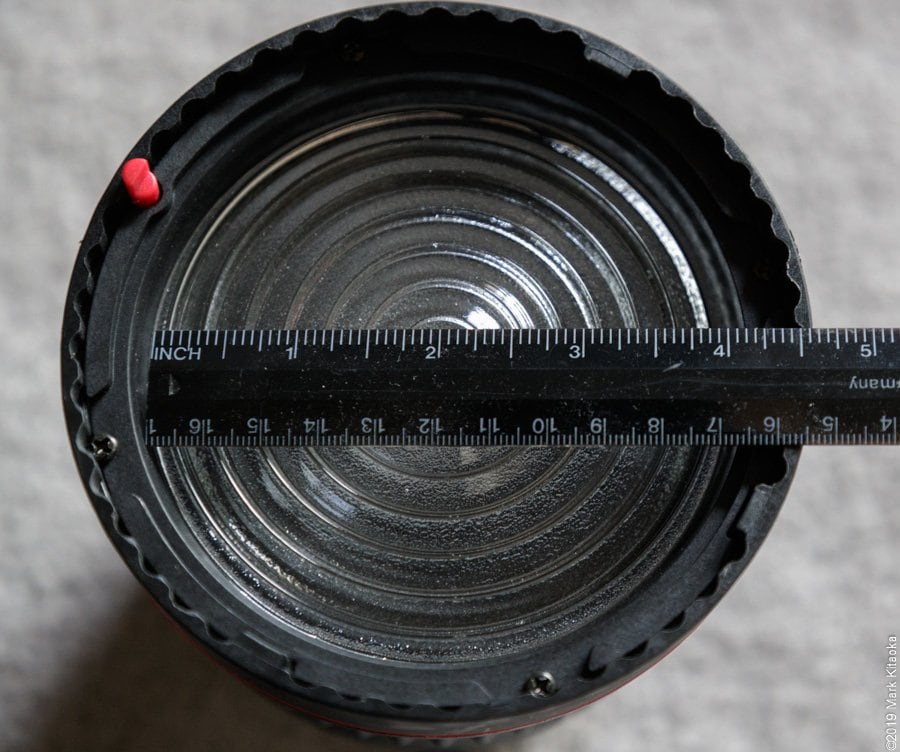 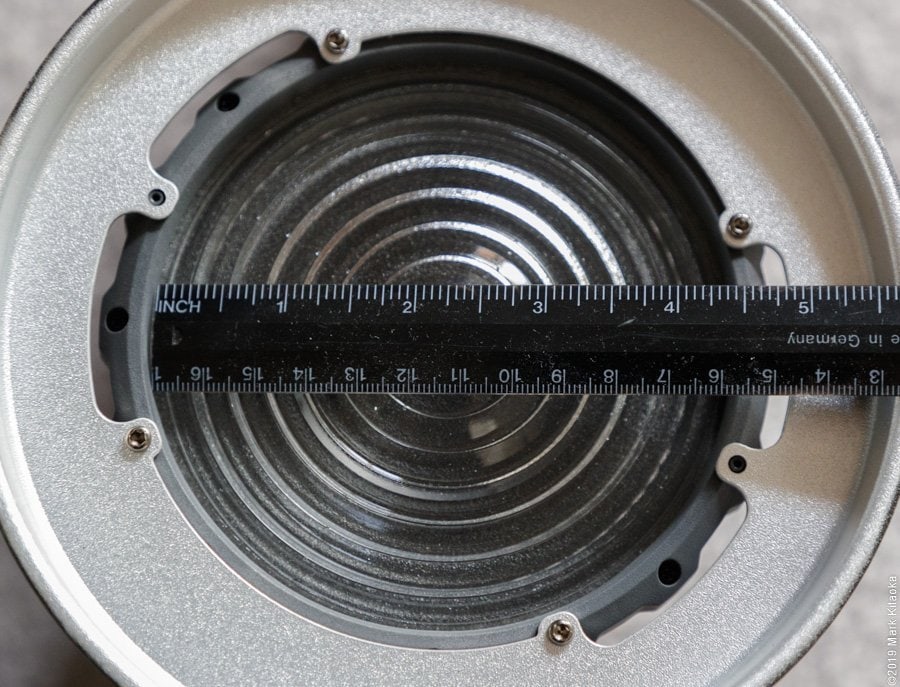 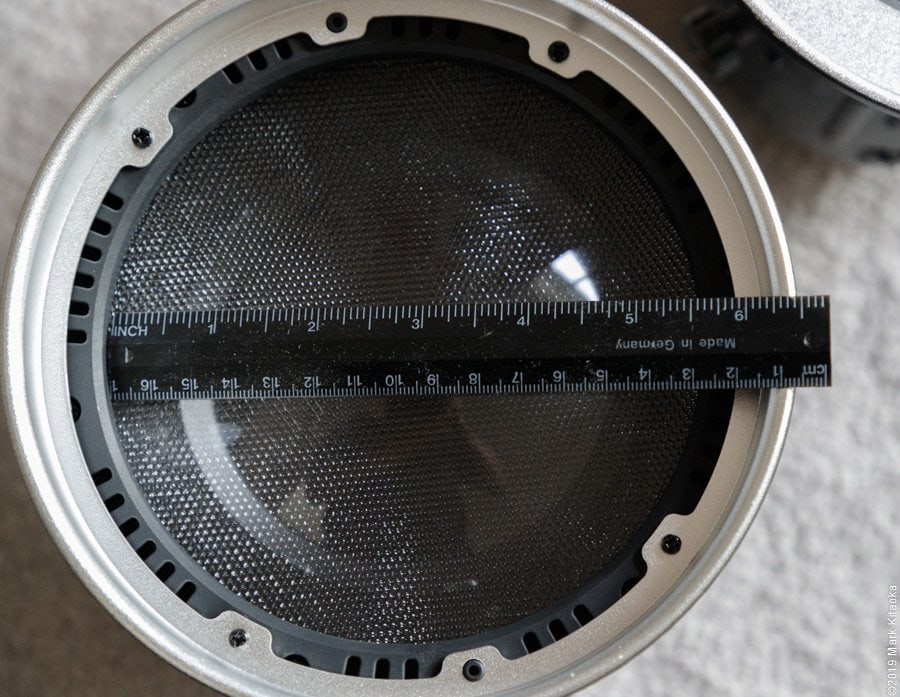 I will be testing this modifier on an upcoming practice dance session, but for now I’m very excited at the possibilities this new lens offers to my lighting arsenal. Stay tuned….