Because the lumens of a standard projector are very low and I didn’t have enough space to move Emma more than 3-4 feet away from the back controlling my key light was critical. Any spill would completely wash out the projection image. In several of the images I used an Elinchrom Rotalux Deep Octa 39″ modifier with their optional Hooded Diffuser to control any spill. Using a second fill light was out of the question for several reasons. First I just didn’t have the space and second using a gridded softbox to control any spill just didn’t look right. So I used either a SunBounce reflector or a Westcott IceLight for fill.

Since the whole purpose of this session was a proof of concept using a projector combined with a strobe and Icelight, I didn’t want to go through the expense of renting a studio. The vast majority of my publicity work is done either on location or at a client’s location so a dedicated studio just doesn’t make sense for me. So the set up was in my garage and yes due to space limitations there was a lot of cussing. I find that cussing is in direct proportion to how much space you do or don’t have. 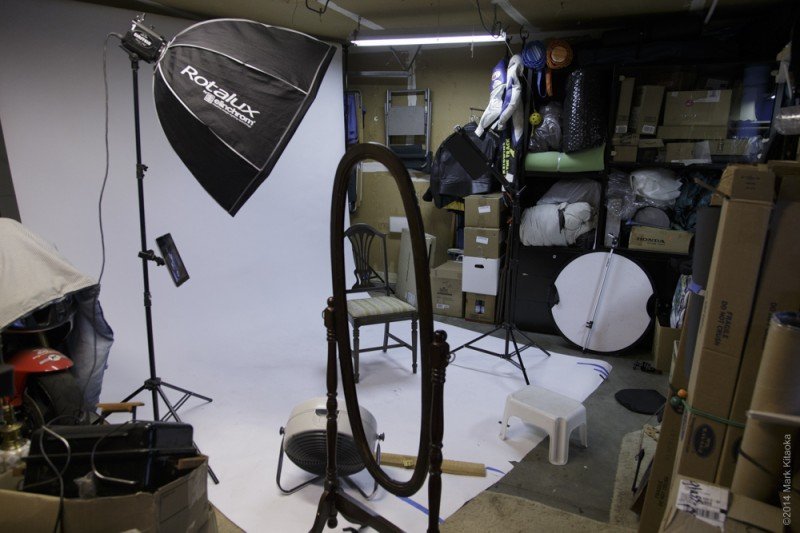 Yep, it’s tight in there. Had to go diagonal with the 107″ seamless since I didn’t want to move my bike!

With a bit more tweaking and experimentation, I’ll be using this technique for some of my commercial sessions… but with MORE room!