I installed the optional rear handle onto the Pro and love it. Being able to use the handle to adjust the angle of the strobe when it’s on a stand is so welcomed. Even though I often use a focusing rod modifier I do NOT like to use the rod as a lever to angle the strobe, so I simply hold the modifier to adjust the angle. There is one issue with the item I received. In order to install the handle you must remove the four Allen head bolts and use the longer ones which are supplied. I received two hex wrenches and I originally thought that they were different sizes, but they are the same. The issue is they both are TOO LARGE to remove or install the bolts. Luckily I have a huge tool supply and had the correct size of hex key. The supplier should investigate whether I just received an anomaly pack or if they’ve spec’d the wrong hex key. 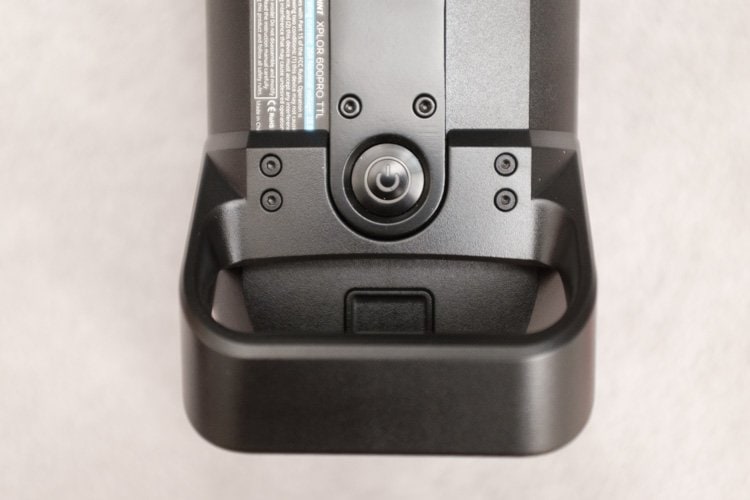 The second issue is more of an annoyance than an actual issue. After I installed the handle the Pro would not fit into the cool little case that comes with the unit. Sad, I really like that case…sigh! But more importantly even with the handle installed it still fits nicely into my Pelican Case which is the one I use for airline transport. I recommend the handle, especially when a heavy modifier is mounted to the Pro. 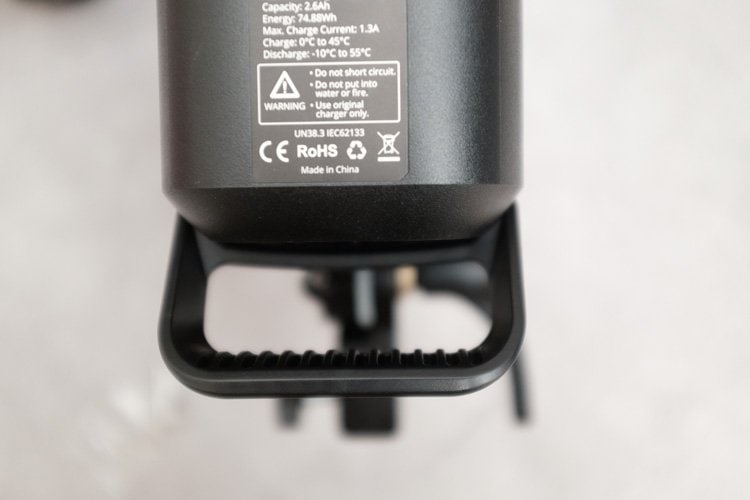 My client has just released the press imagery for Hunchback of Notre Dame so I am now able to share them. The session was held on location in Seattle at the Volunteer Park Water Tower which is four stories. After obtaining the required permits we had to lug all of the grip and lighting gear up four stories and I HATE LUGGING! LOL… Because the remote head was not yet available I didn’t use any focusing arms for this session. My modifiers of choice were the Elinchrom 69″ Octa and the SMDV 110cm octa. I used the 600Pro in the Eli and an xPLOR600 in the SMDV.

During recent client sessions, both of which were on location I had the opportunity to use the AD600 Pro in combination with a number of modifiers. Because the remote head for the Pro is not yet released I did not use any focusing rod modifiers. In one session whose images I cannot at this time, I used the Pro in an Elinchrom 69″ Octa with both diffusion panels installed. I did not go over 1/4 power and was shooting HSS with my Pentax 645Z. The unit performed flawlessly.

In the session I can post images below I used the Pro in a SMDV 44″ (110cm) octa with both diffusion panels installed. The interior of the theatre where I was doing these portraits was very dark so I appreciated the very bright modeling light so that I could easily obtain focus. To date I’ve found the Pro model exemplary in recycle time, modeling light and ease of use.

Yesterday I was able to utilize the Pro during a commercial session. Here are my observations:

That’s it for now. I used the Pro with the Adorama 65″ Glow Easy Lock X-Large Deep Beaded Silver Fiberglass Umbrella. Incredible modifier which I’m finding can rival my focusing arm modifiers in some instances! 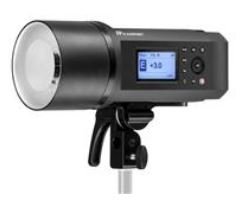 I debated waiting to write an entire review of my experience using the new Flashpoint Godox AD600Pro strobe until I had tested most of the items important to me. Because this is my high season it would take me about six months to do a soup to nuts review. So I’m opting to write my findings piecemeal meaning – as I go along. Sorry, but I felt it best to do it this way for this strobe. As I integrate the unit into my workflow I will make mental notes and add my findings to this review.

Also since I almost exclusively use focusing arm modifiers now, I probably won’t have extensive use of the Pro until the remote head is released.

Things that are immediately apparent as improvements over the Flashpoint Godox AD600 units:

Some people ‘may’ feel that the build quality is ‘better’ on the Pro but I never thought the AD600 exhibited poor build quality….except for the irritating ratcheting swivel which has been completely removed as well as improved. BTW the swivel adjusting handle can be moved by pulling and re-positioning it in the event the handle is being blocked by the strobe’s body or any attachments.

I’ve had zero issues with my units, only with the early remote heads where the LED modeling lights would fail after two months. If trolls are concerned about what happens if they drop the strobe, hell any strobe….well best of luck to them.

Of course the real aspect of the Pro will be the light quality/battery life/recycle time. I’m very interested in recycle times and the Masking feature. For color consistency a separate menu choice like the Einsteins is great. But during those times my clients need absolute precise color I have never depended upon strobe color temperature, but instead the X-Rite Digital ColorChecker Passport and a recently calibrated monitor.

I have confirmed that the new Flashpoint/Godox AD600 Pro works in HSS with the Pentax 645Z as explained in this post.

In preparation for a session this week I plan on using the Pro with my 69″ Elinchrom Octa WITHOUT a focusing rod. The session calls for a Vanity Fair style of light, so I will use ultra soft lighting which the Eli 69 delivers in spades.

Further aspects and more will be forthcoming….stay tuned.

Flashtube is crooked/slanted (not parallel to porcelain base)….I’ve never seen this before. What effect does it have?

Wouldn’t it be great if Godox produced a version that would take a SECOND head on an extension, rather than just extended the single head? With proportional lighting adjustment, please? This would require some re-engineering to provide a dedicated socket (with a more compact attachment plug that the full 6-contact flash tube socket), perhaps it could be added with a female dongle?

I’d send your wishes to Godox or Adorama.

Did the handle mount come with the unit, or did you need to purchase it separately?

Mine will be arriving in a few days, and I wasn’t sure if the handle was included or not. I asked Adorama’s online chat and it seemed like it does come with the handle, but I’ve heard others say the handle isn’t included.

Jared if you mean the handle on the end of the unit that is optional and must be purchased separately. I believe you’ll want one.

I purchased the handle and added it to mine. It does fit in the same case it came in. I was worried that it wouldn’t fit.

I now have two AD600 Pro (Flashpoint XPLOR 600 PRO), two AD200 (Flashpoint eVOLV 200) units (with the new round head and accessories too), and six of the Li-Ion speedlites.

Thanks for all the things you’ve been writing about the Godox/Flashpoint system. I’ve completely switched my entire lighting system (twice), and now that I’m with Godox/Flashpoint I’m not looking back. It’s an awesome system and I wish I would have done this sooner!

Jared, nice to hear you were able to fit your Pro into the case with the handle. I cannot without removing the included reflector and bulb. I switched from PCB Einsteins/Vagabonds to all Flashpoint strobes. After Paul’s passing innovation seemed to have passed PCB by, very sad. But because I make my entire living shooting without a safety net of a spouse/partner with a day job I cannot afford to have gear that doesn’t function. I’ve been very pleased with how innovative Godox has been to date. They continue to innovate.

Hi Peter, first a couple of things. Full Day is relative. Does that mean 24 hours, 10 hours, etc? The Pro version of the 600’s modeling LED is much more bright than the non Pro. I seldom if ever run it at 100% unless I’m using it in my converted Leko spotlight to ascertain the placement, pattern and focus of the gobo I have inserted. I cannot say for sure, but I ‘think’ the fan on the Pro comes on when the modeling lamp is at 50% or higher. So I seriously doubt the battery would last 8 straight hours at 100%. I have not tested it nor do I plan to do so to see how long the battery lasts at 100% sorry.