I recently had the opportunity to select this modifier on a publicity shoot for “It’s Only a Play.” The location selected for the on location session was the Presidential Suite at a hotel. I was fortunate to have the opportunity to view the location one day prior to the shoot. (I rarely if ever have that chance) The ceilings in the room are the standard 8 feet in height. Since the number of people in the shot was seven at once I needed to have modifiers which would illuminate all seven at once…evenly! In situations where I would have more headroom I would have chosen to use a large focusing rod modifier like my Elinchrom 69″ with my DIY focusing rod, or my Grand Para 70″ with the focusing rod. But alas there would be no way those would fit in the space and ceiling height. So instead I opted to use my Glow EZ Lock Wing-Like Parabolic Fiberglass Umbrella (88″) and two Saberstrip v2.0 modifiers. Even using two smaller Glow EZ lock Wing like would have NOT fit in the space, hence my decision to use the v2.0 Saberstrips to augment the Glow 88″. The strobe used in the EZ Lock was the Flashpoint 600 Pro with its bare bulb. No reflector. The strobes used in the v2.0 Saberstrips were the AD200s with their native Fresnel heads.

Below is a photo of the room. 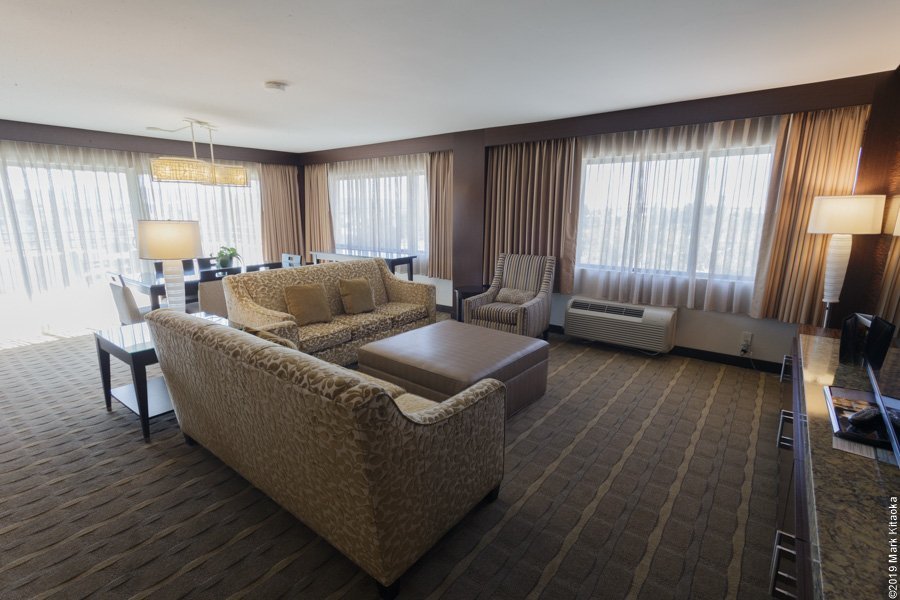 Here is one of the shots using the aforementioned modifiers. 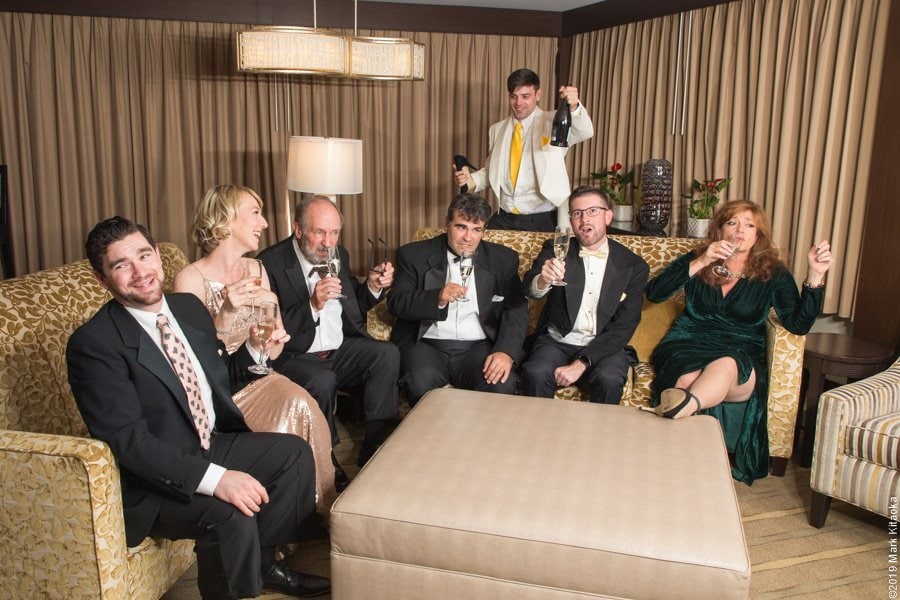 One of the second shots was to be created of the ‘Butler’ playing on the bed. Again the 8 foot ceiling height limited modifiers I could use: 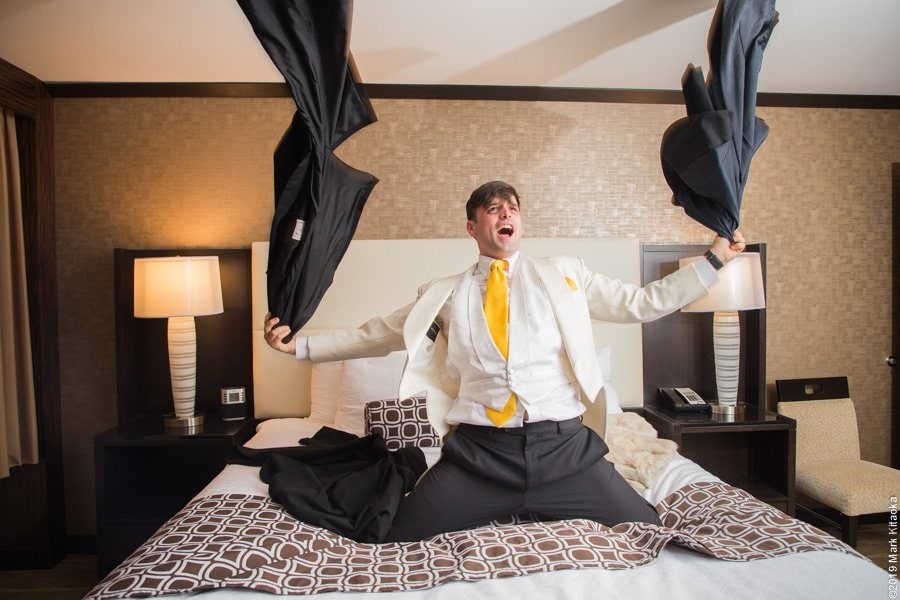 I certainly prefer other modifiers for the quality of light I love, but in situations where I cannot physically use them I find the Glow Wings to be sufficient.

I had the opportunity to use the Glow Wing Like during an Argentine Tango shoot to create marketing imagery for the dance troupe. I will say that the modifier is a great medium in terms of light quality between the Glow EZ lock Parabolic Softbox and an Elinchrom 39″ Rotalux Deep Octabox. The primary difference is of course the fabric being white. And its ability to be feathered is not as keen as a normal octa or umbrella. But its shape came into play during this shoot since the ceiling was very low and I needed to have the modifier as high as possible.

You can view more of the images I created using both the Wing Like and the Glow EZ Lock Parabolic here.

AD600 with a 5″ cone reflector was used as my back light/smoke illumination light. Water on the concrete floor creates the reflection. 64″ Wing Like Parabolic is my key light placed horizontal to the ground all the way up to the eight foot ceiling. 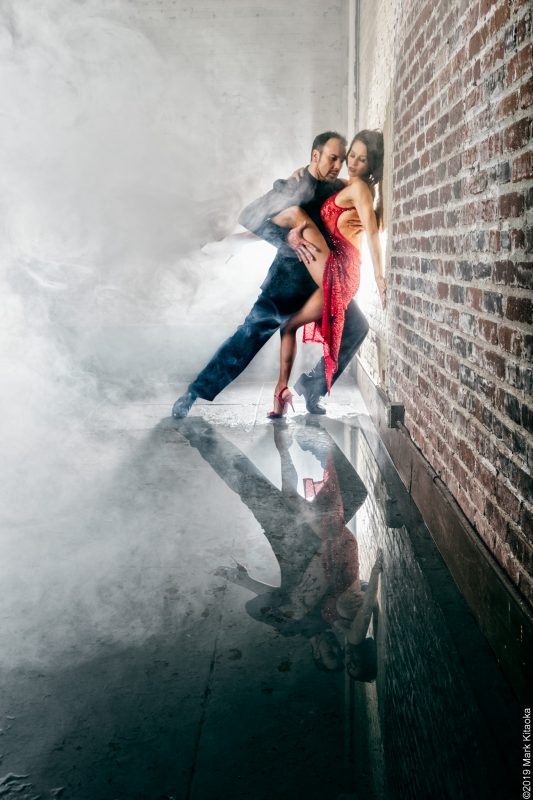 I recently received the Glow EZ Lock Wing-Like Parabolic and am completely intrigued! It’s not just the shape of the umbrella or the oh so popular parabolic title, but the inner diffusion panel. I’ve NEVER seen any umbrella including the Angler ParaSail Parabolic Umbrella with the Glow’s configuration of diffusion panel.

The Glow has diffusion material OVER the umbrella ribs. Sure there are flat diffusion panels which go completely over an umbrella opening, but I’m not aware of one like this.

It’s a bit difficult to see in Adorama’s stock photo, but the ribs of the umbrella are covered which then creates a cone of diffusion material…so interesting! I was watching some friend’s 11 year old daughter while they attended an ‘adult theatre play’ so Lily was NOT a willing light test victim…hahahahaha. But I wanted to give some initial observations before I do an actual test of the units.

I will of course be testing the quality of light and some unusual ways to use these because of its shape. People who have used this shape of modifier talk about how great it is in tight spaces or low ceilings. I can see how that would be of high value. But I have some different ideas on how well these will perform…..more to come.

I really wish I had these to try during a recent all day publicity shoot. Not that I would have used them for the actual shoot, but done some testing with real talent in a great environment. Oh well….

Cant wait for sample images of this intriguing design!

Good point about the umbrella shaft rotating. I hadn’t thought of this, but it’s definitely something to consider.

It is indeed, especially if you are planning to keep the modifier at an angle other than vertical or horizontal with a friction only umbrella holder.

I just got the 45 inch to try out under different conditions and if the light quality and feathering is good enough then this can become a great light weight portable set up when I do not want to mess with other Glow easy lock soft boxes when on the go….. It for sure can work out to be a go to second light along with the deep parabolic easy lock and the beauty dish. I would really like to see your overall testing as well and how you are utilizing Robert Hall on Youtube showed how he utilized it by removing and folding over the black/silver over cover allowing for two different diffusing methods in the same shoot.

As I use the Lock Wing I ‘may’ take some BTS photos if I can. Since I’m not a test or review site, but a working pro that lists how I like or use different gear it’s hit or miss for me in terms of reviews. I have not done what Robert Hall has done by removing the covers of the Lock Wing. I think I stated in my blog post that it appears to be too much of a hassle to remove the white fabric to use the silver reflective portion. If his video review shows that then I’d go with how he does it. I have used the Wing in one commercial shoot and it has worked well for my purposes. If I can do some BTS stuff on actual shoots again I will. But no guarantees.