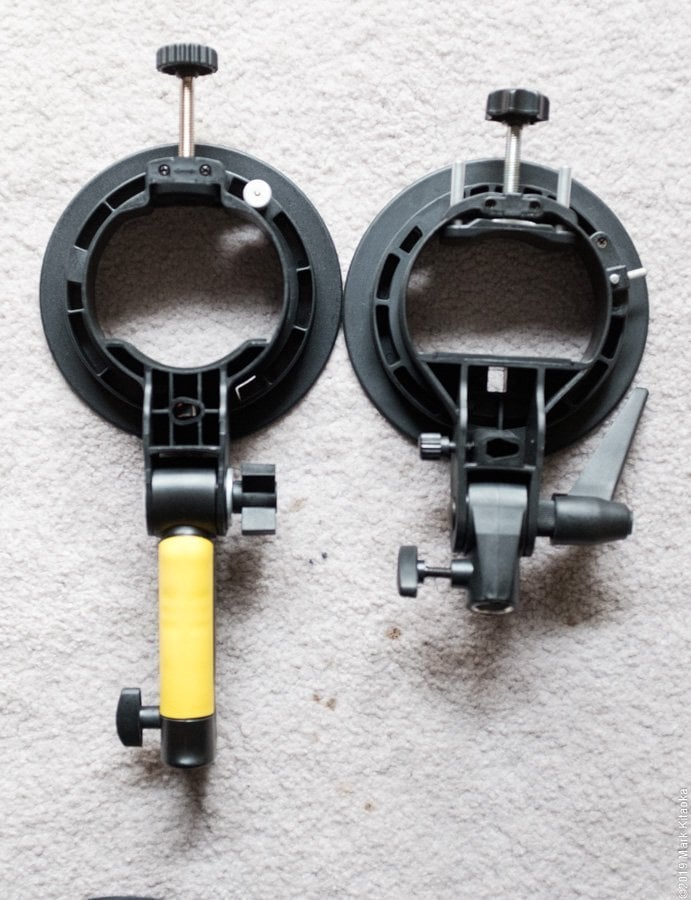 The old and the new. The new Glow GRIPLITE X S-Type Bracket Pro on the left and the older Glow S-type Bowens Mount Bracket on the right. The physical differences are obvious. The improvements are not only welcome, but functional as well.

The trusty Bowens S Bracket. I’ve used them for ages. Bullet proof and reliable. My only gripes had been the terrible ratchet system which feels like dinosaur teeth grinding against bone. Having to cut the little rubber bumper on the top of the screw down mount to get an AD200 to fit. And the fact the pivot handle often fouls the modifier I’m using. Ugh. But other than those minor bitch points, it’s a nice device.

So when I received the Glow Griplite X S Type Bracket I didn’t really expect much for an additional three bucks. But I immediately noticed the much larger opening of the unit and the longer handle. You see in the past I had fabricated a handle for my tried and true S Bracket so that either I or an assistant could hold the thing with a strobe and modifier attached. In its OEM form the small light stand bracket was much too small to hold effectively. But the new handle on the Glow X is well made and just the right size. And the finger grips are a very welcome addition. 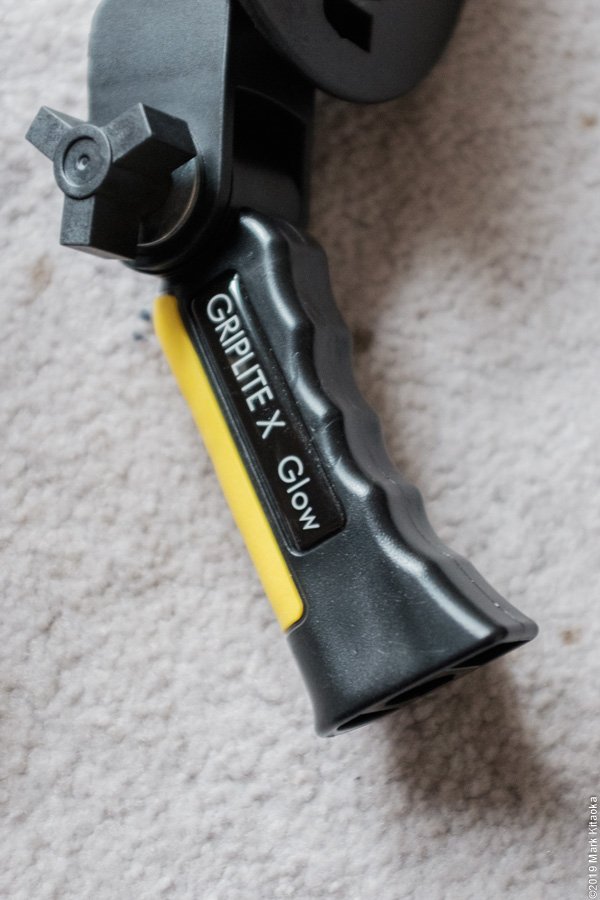 And as I examined it more one of the most welcomed changes is the smoothness of the pivot ratchet! It is SO MUCH MORE SMOOTH than the original. Fine adjustments can be made easily. So below I have outlined the subtle but oh so welcome changes to the new bracket.

In the following images you can see just how much larger the opening and shape of the strobe holder is compared to the older model. 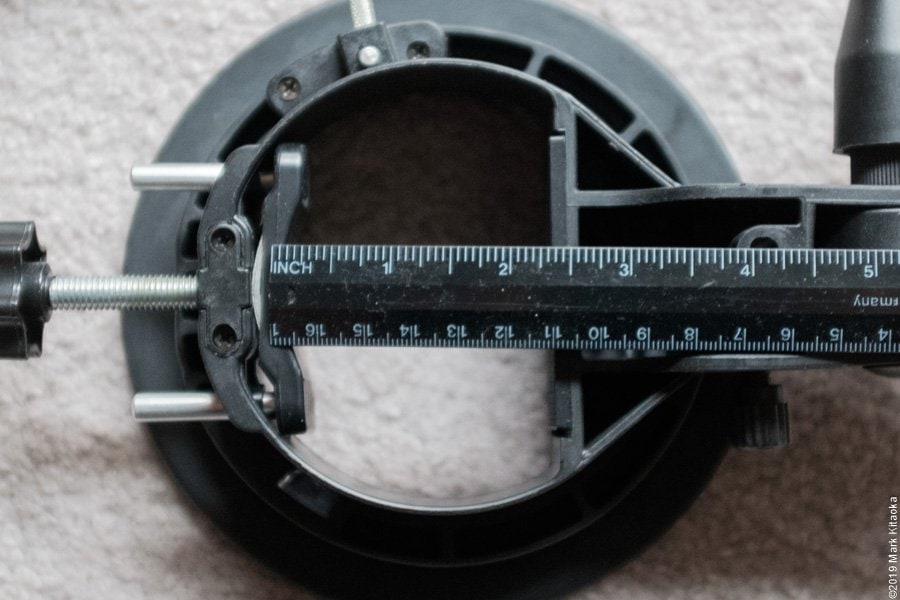 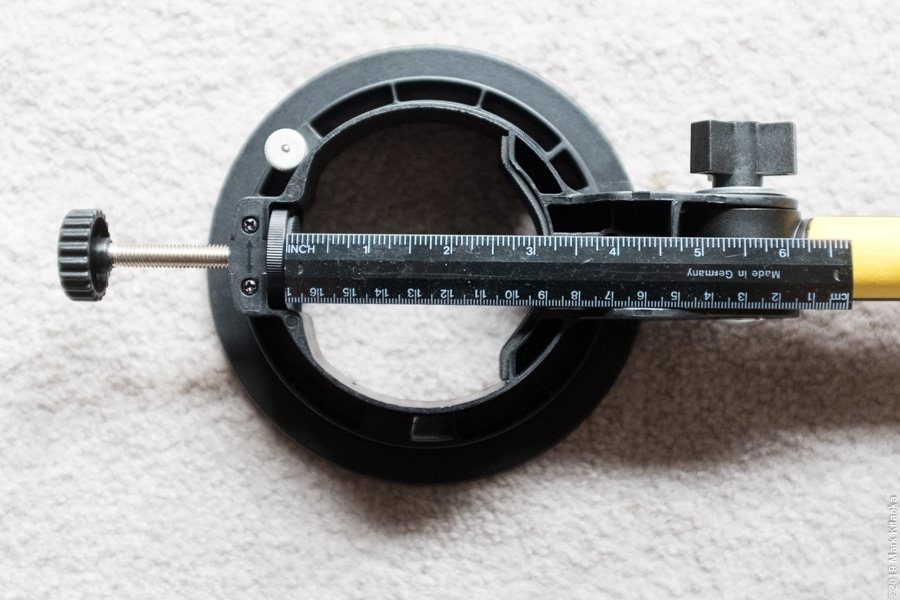 I am now able to leave the Flashpoint Silicone Skin and Bumper attached to the strobe when inserting them into the new X Bracket. (Skin review coming soon.) 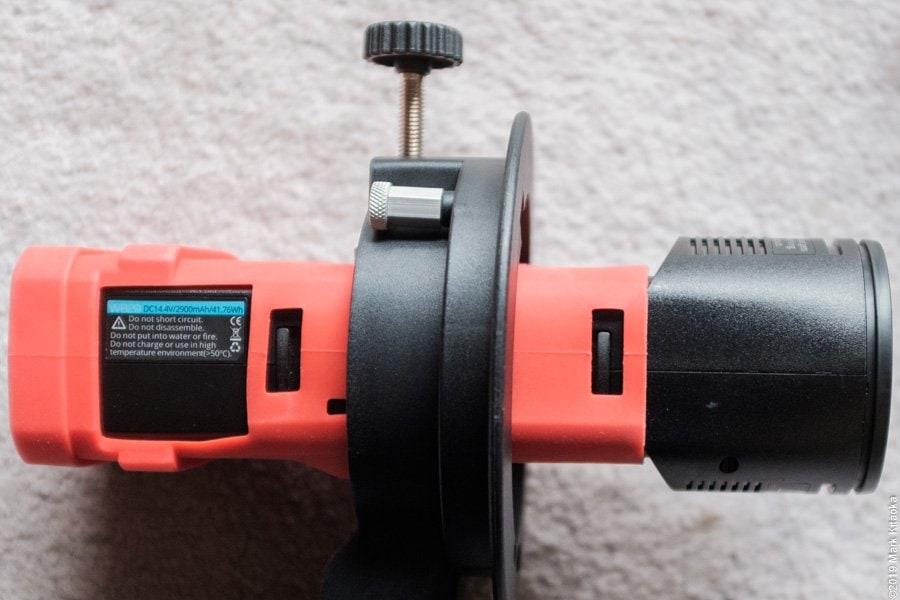 No way to fit it with the skin attached to the older bracket. (I’ve tried….) 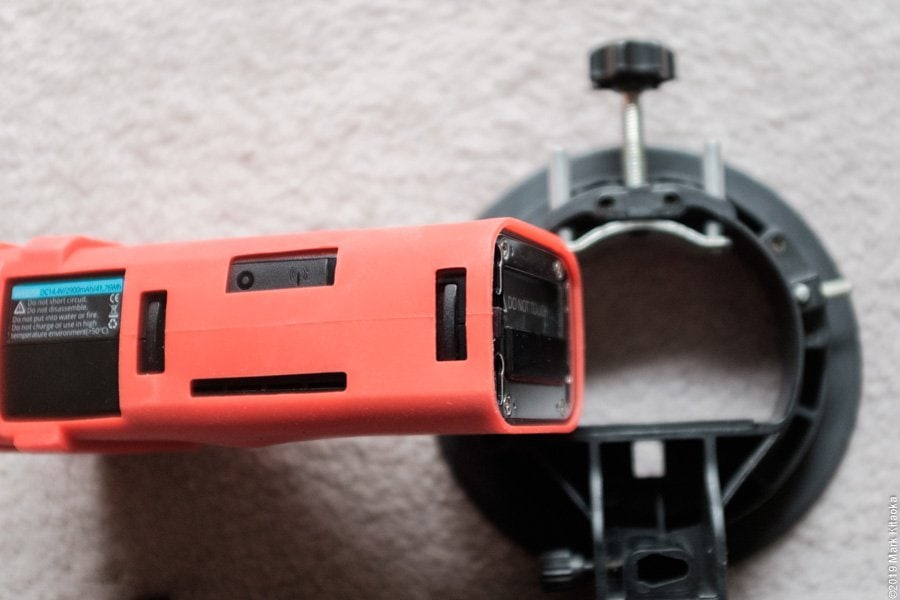 In the past I’ve had to cut a portion of the older S Bracket’s upper rubber bumper mount so that it would extend just a tad to allow me to fit an AD200 into the unit. 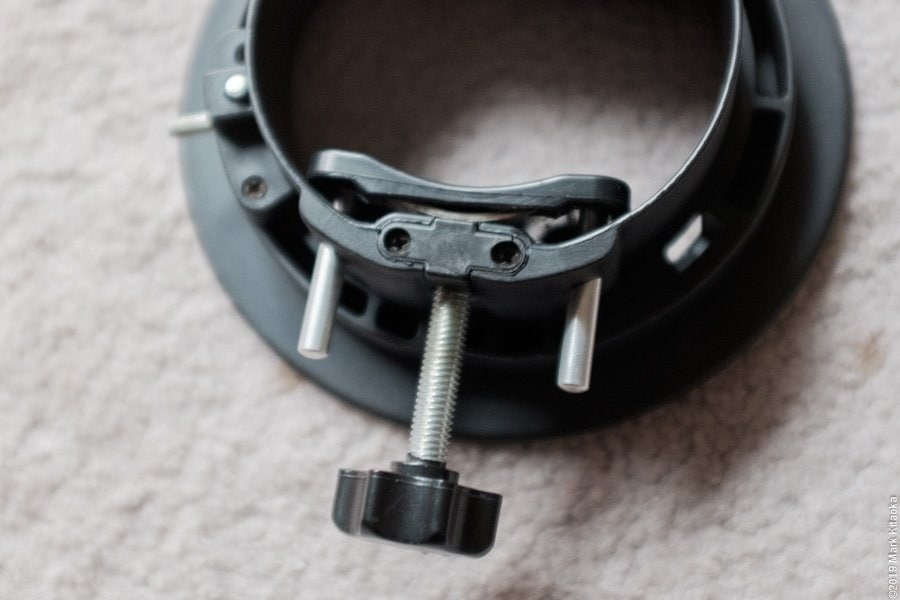 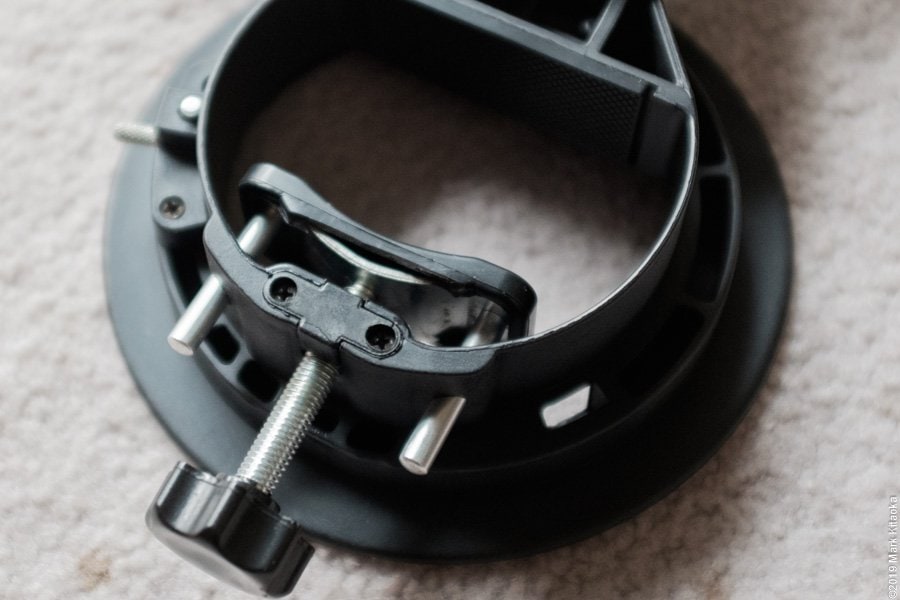 Although the Bowens release lever on the older unit worked well, I prefer the new version. Easier on the fingers too. 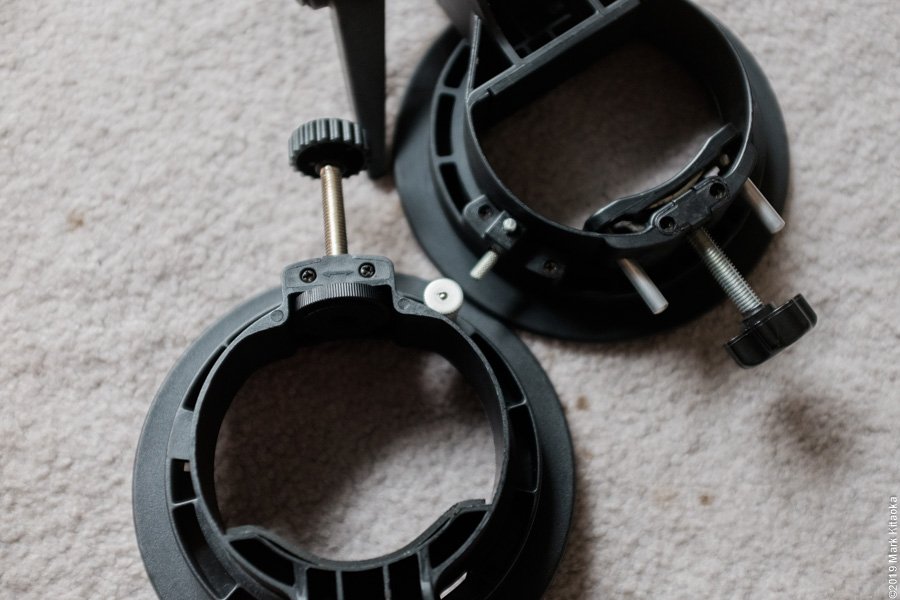 The new X version has a very effective textured rubber pad on the top. Much nicer than the older model. 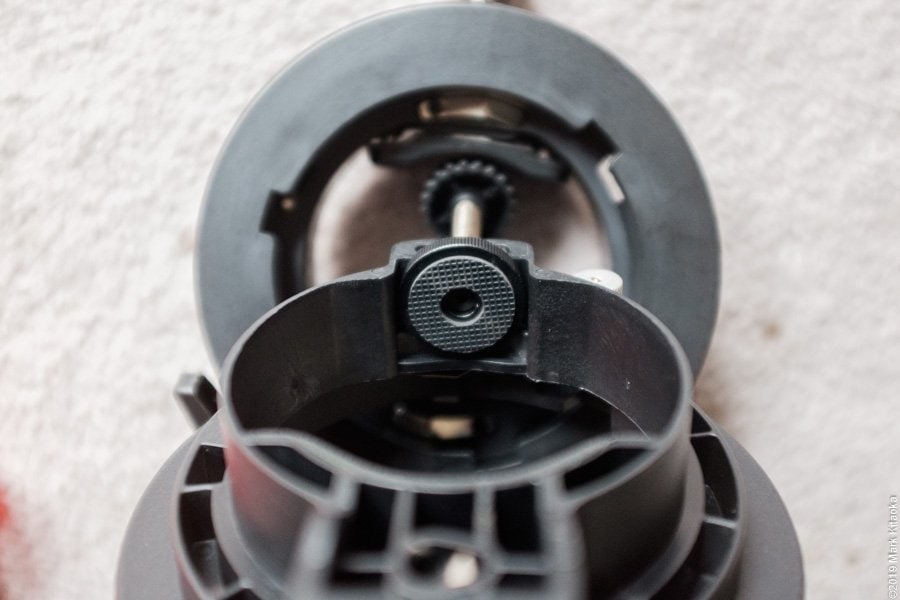 And here is something that in my view is a huge improvement. Because the handle on the older version was large, when I had a wide modifier on the unit the handle would foul on the modifier. Not so with the new unit. And yes I can crank it down to assure that the modifier does not move. Plus it seems to take less tension to hold in place. 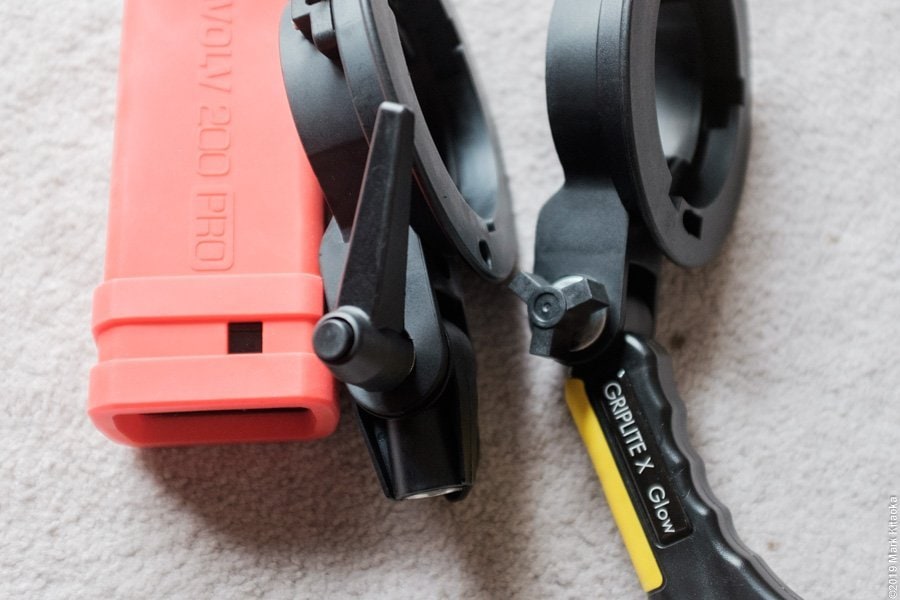 So am I going to replace all of my older S Brackets….well yes, yes I am. The improvements to the new unit may ‘seem‘ small, but in my world the cost savings in time and cussing level is well worth the three buck difference. But hey everyone is different! Thanks for improving on what was already a bullet proof tool. Now it’s just even better.