I recently posted a review of my testing of the K5600 Big Eye Fresnel. That blog post can be found here. 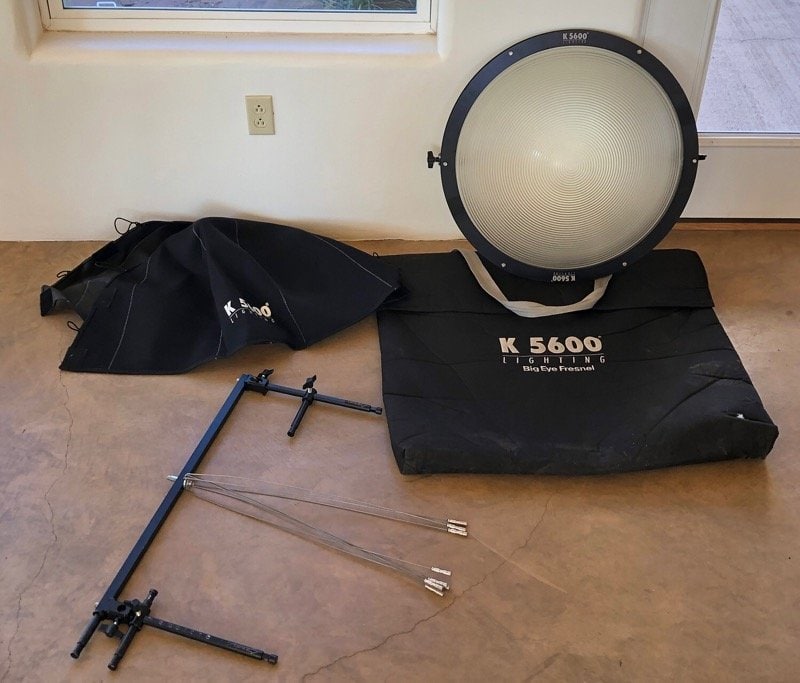 The photo sent to me by the owner of the K-5600 Big Eye Fresnel for sale.

I recently decided to buy a K-5600 Big Eye Fresnel after having fallen in love with the delicious light produced by a large Fresnel lens. I had converted a vintage 1965 Mole Richardson 412 Hollywood spotlight into a strobe, which I used for my local clients. After viewing the results I was attaining with the Mole my remote clients said “Uh Mark we want that same light for some of OUR shots. How can you make that happen?” Due to its sheer size/weight and all of the effort it took to convert it I could not transport it to my remote clients via airline.

So I began to investigate portable options which led me to the Big Eye. It’s not inexpensive listed at $2250.00 so at first I thought I would rent one. Due to the multiple hassles involved with that idea I just decided to bite the bullet and purchase one. I ordered one through Adorama and in two days received a notice that my order had been cancelled. I contacted their customer service department and they informed me that K-5600, the maker of the Big Eye no longer manufactures them. I decided to contact K-5600 and they explained that the unit was released in 2010 and met with tepid sales. So they decided to discontinue production.

I’ve rented modifiers before, Bron Para 133s, etc. But my personal preference is to own my equipment. It’s always available and I take care of my gear, something I find is not necessarily so with rentals. I began a search for a retailer or rental house on the off chance they had one in stock. Or because they were not popular enough for K-5600 to continue production, they had one they wished to sell. Peter Bradshaw of K-5600 did his best to help me find one, but to no avail. I had contacted Kayelites via their web form like I had with the other retailers who indicated they had some in stock. But like the others they did not have one on hand and would have to special order one from K-5600.

Stephen the owner of Kayelites called me and told me that in 2010 he had sold two to his customers. It was at that point he looked them up and called one of them while I waited on the line. He came back on to tell me he left a voicemail and would contact me if or when his call was returned. Two days later I received a call from Stephen that one of his customers planned to retire soon and was interested in selling his Big Eye! Holy smokes really?!! Stephen then asked the owner to send photos of the unit and forwarded them to me. He brokered the deal with a very modest handling fee and I received the unit directly from the owner. In every step of the way Stephen followed up with not only great service but a level of communication that I was accustomed to 30 years ago.

I am now the very fortunate owner of a K-5600 Big Eye Fresnel that no one, not even the manufacturer could locate for me and at approximately 700.00 less than new! My plan is to use it with both as a constant light as well as with a strobe depending on the need of the client. 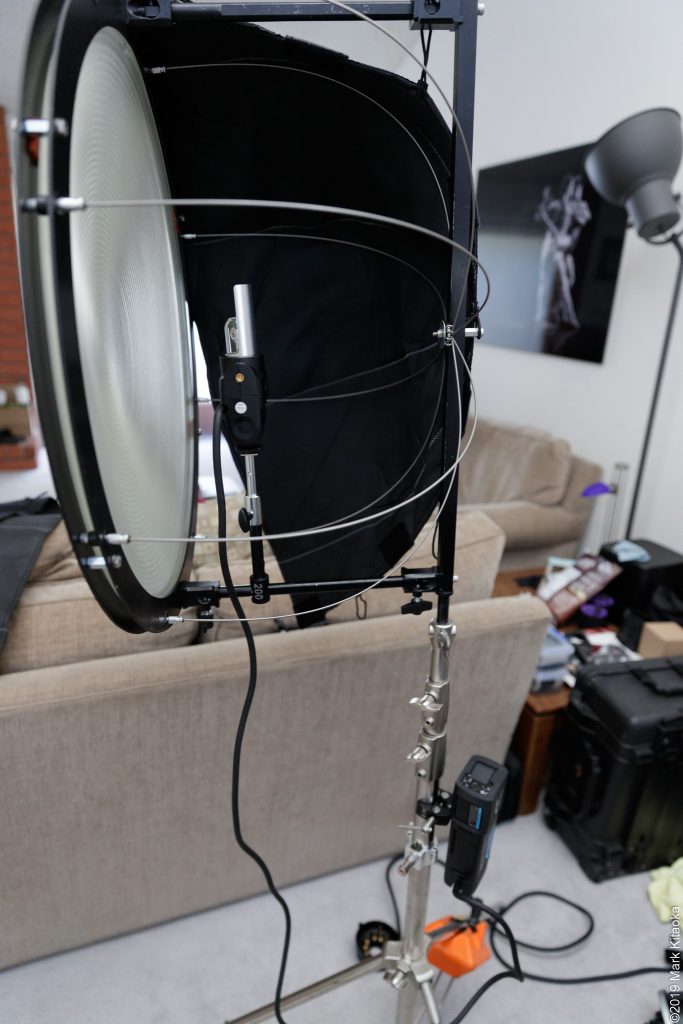 Kayelites, specifically Stephen Kaye has a customer for life. Thank you Stephen and thank you for your kindness and tenacity. It’s so appreciated.