As I often like to do, let’s go back a few years. One of my teachers, actually the man who taught me about using artificial light was thankfully VERY hard on me. No namby pamby talk it was mostly, “You must not be listening to me because that looks terrible, here’s why!” And he would go over EXACTLY why it was bad and he was always right…..back then. After a bit my photos moved from terrible to a preverbal “Nice” which in Greg’s speak meant crummy but not horrible.

Once in a great while I would garner a “Great Shot!” from him, with his caveat “One day you may understand how to use light, not soon, but one day and it’s only a maybe… And remember, one in a row doesn’t count for anything if you want to be a commercial shooter.” Back then I primarily used softboxes as my go to light modifier. Reading through blogs, forums and such it seemed to me that most ‘pros’ or advanced non pros used them extensively. So naturally I wanted to emulate the ‘pros’ and found I was able to produce ‘nice’ images on a relatively consistent basis, meaning more than one in a row.

What I noticed though was no matter what my subject no matter if it was inside a studio, on location or outdoors my lighting seemed to all look the same. Soft light, done decently, but not that different from one to another. So it was back to my mentor for some more ego beatings. “So do you ever feather your light or do you hit the talent in the dead center of the softbox you’re using?” Huh? Feather? 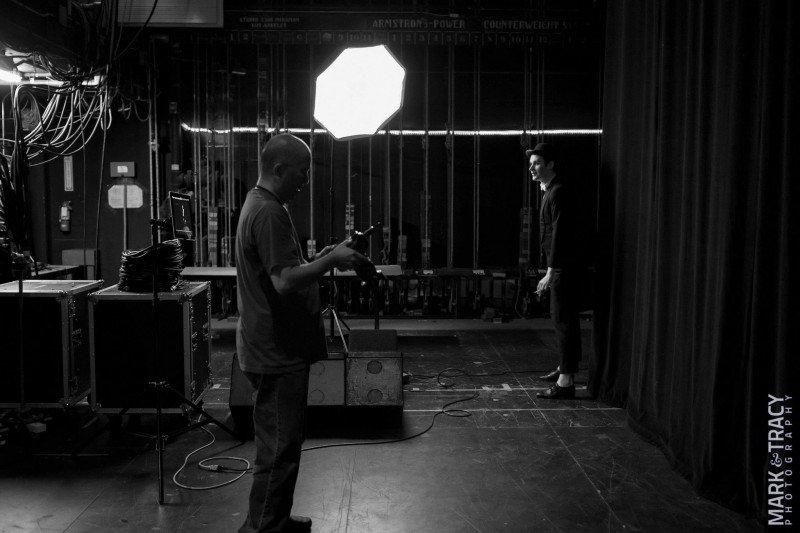 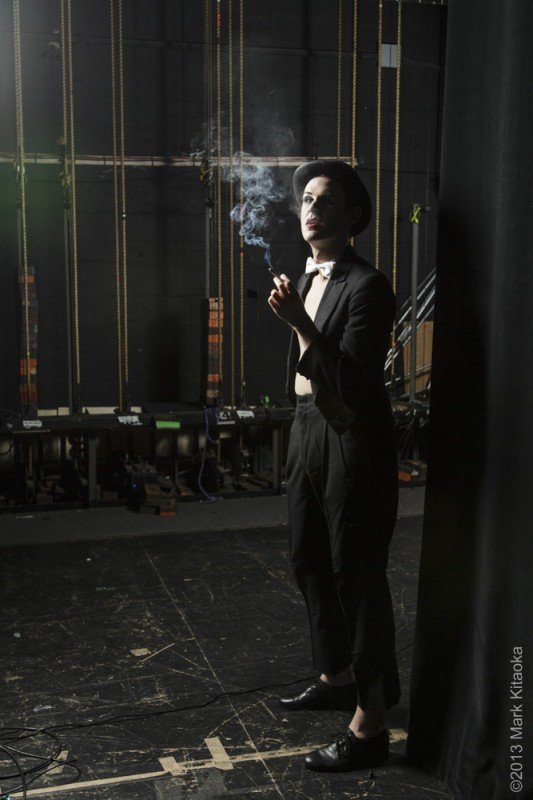 One of the final images

You will be amazed at how you can vary different looks feathering light. What does that mean? Well instead of hitting your subject with the dead center of the softbox light, swing it left or right, up or down to see how the wrap of light can make a difference. Use  your modeling light if you have one to observe how the mood of your subject changes as you move the light around. Take off the outer diffuser to see how that looks. Use a grid to direct your light. Take off all of the diffusion materials to see how that looks. Try it all! 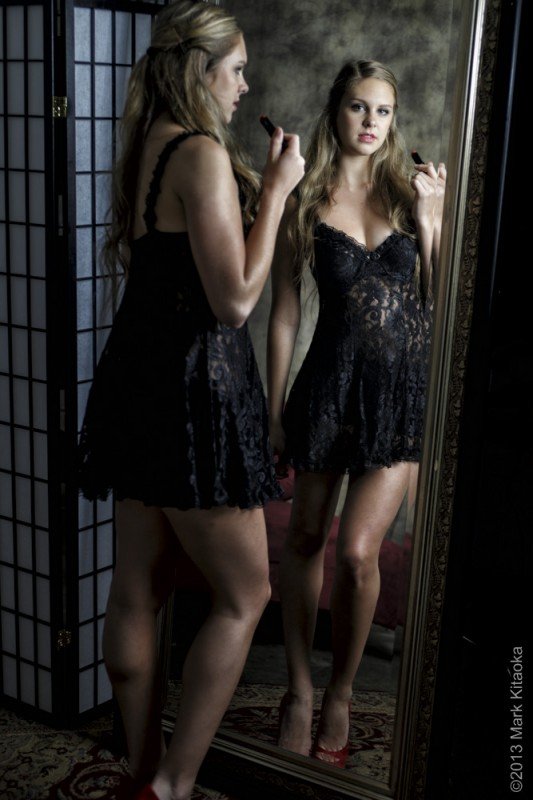 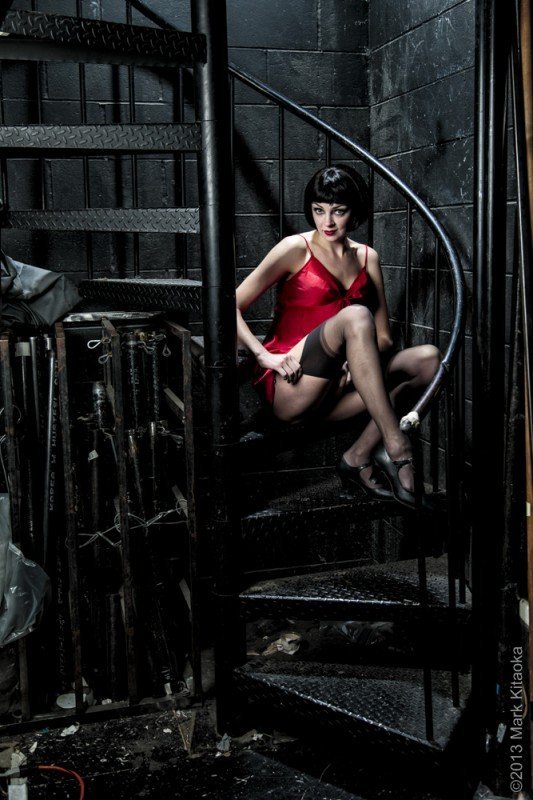 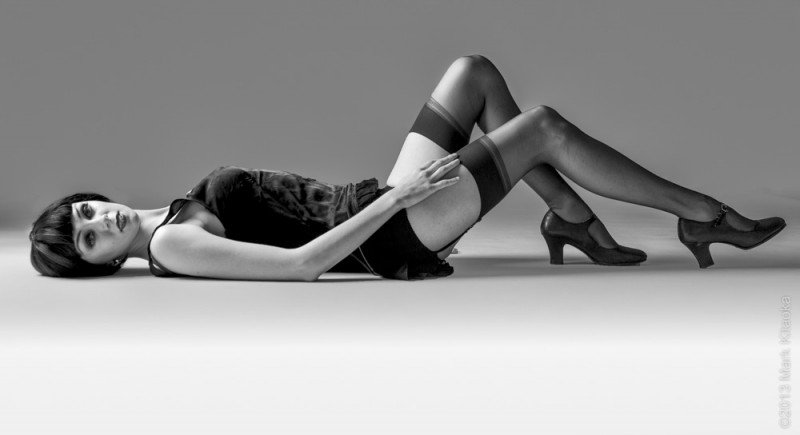 Large 45 ” stripbox directly above the talent. 6′ Sunbounce silver reflector on floor out of frame for fill

All soft boxes come in varying shapes and sizes. Some prefer an octa to a square for the round eye catch lights. Strip boxes allow you to control light in a more subtle way and are great to use as rim lights or hair lights. One of the features I’m personally particular about is how far the front diffusion material is from the edge of the front of the softbox. I prefer at least one inch as an edge with the diffusion material recessed. Why? Well by having a recessed edge facilitates an easier and more controllable feathering than a flush mounted diffuser. This is especially useful when shooting against seamless in studio where I don’t want light bleed onto the background. Yes I could move the talent further from the back of the seamless, but sometimes that’s just not possible due to space limitations.

When I want a more specular look, meaning more punch in contrast I will remove either the front or inside diffusers and sometimes both. It really depends on the mood/look I’m trying to achieve. Remember, experimenting with light will better prepare you for the look and mood you or your clients are trying to convey to the viewer. Do I have a ‘favorite’ softbox. Kinda. My go to softbox is often an Elinchrom Rotalux Deep Octa 39″. It’s deeper than most of the octas I own and I’m not sure if it’s the material used or if the light just bounces around in there for a nanosecond longer, but the light is both soft and punchy at the same time. I tend to use it for single person portraits. 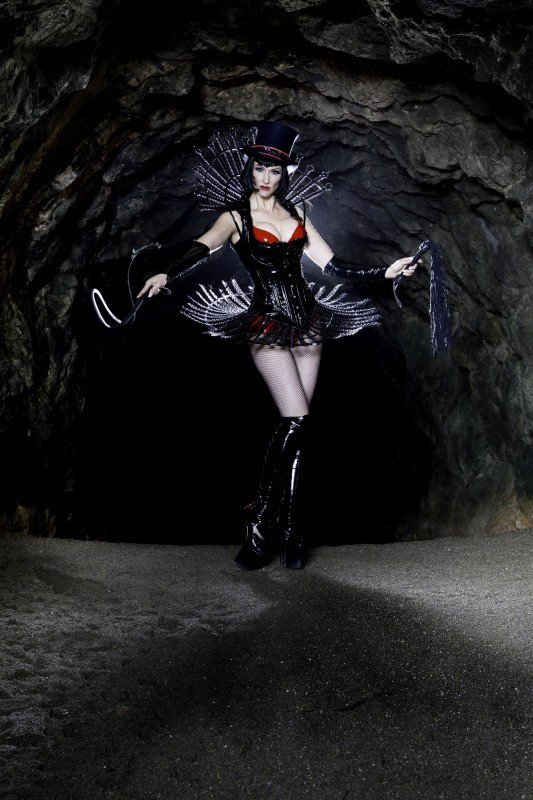 On location inside a cave. 7″ cone reflector directly behind talent. 42″ octabox out of frame, camera left. 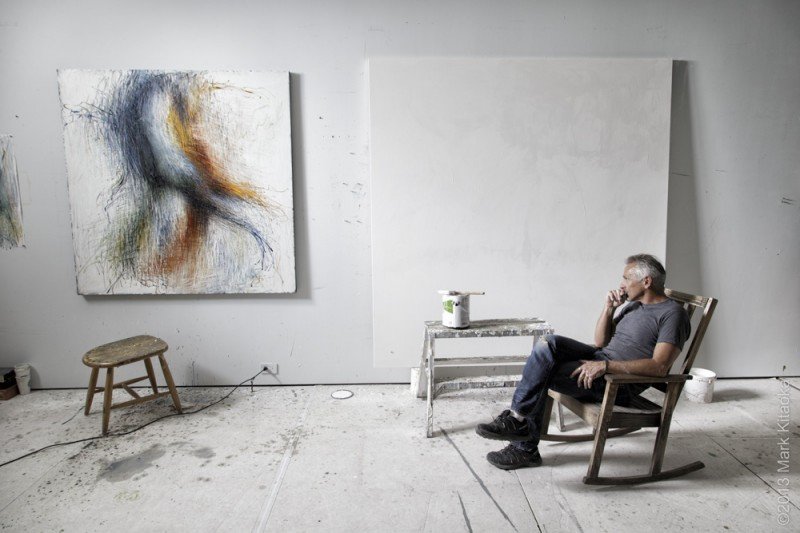 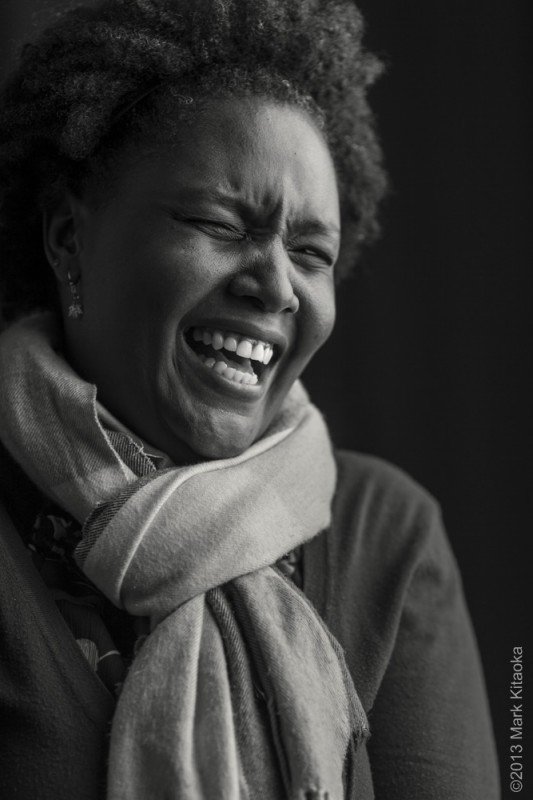 Yup I use them and quite often when they’re the right tool for the mood. For my umbrellas I use Paul Buff’s PLM parabolic units almost exclusively. He sells them in many different sizes from his huge 86″ down to a small 51″ size. Two flavors are available and I own both. His Soft and Extreme Silver models. There’s something magic about his PLM umbrellas. First they’re wicked efficient, especially his Extreme Silver models. Very little if any light loss is noticed when using his PLM modifiers. I actually believe his Extreme Silvers amplify light, but check his site for information. I would highly discourage using his 86″ PLMs outdoors because they are huge wind sails even in a light breeze. I’m actually surprised that the fellas who raced the Oracle boat in this year’s America’s Cup didn’t just save a bunch of cash on their high tech wing and instead just bolted three of Paul’s 86″ units onto their boat!

Feathering I mentioned above with a softbox also applies to umbrellas. Unless you’re going for a specific look, stay away from hitting your subject with the center of the umbrella. You’ll get much nicer light by feathering it just over the talent. Think of a blanket you’re just floating over your baby and you’ll get the idea for feathering. 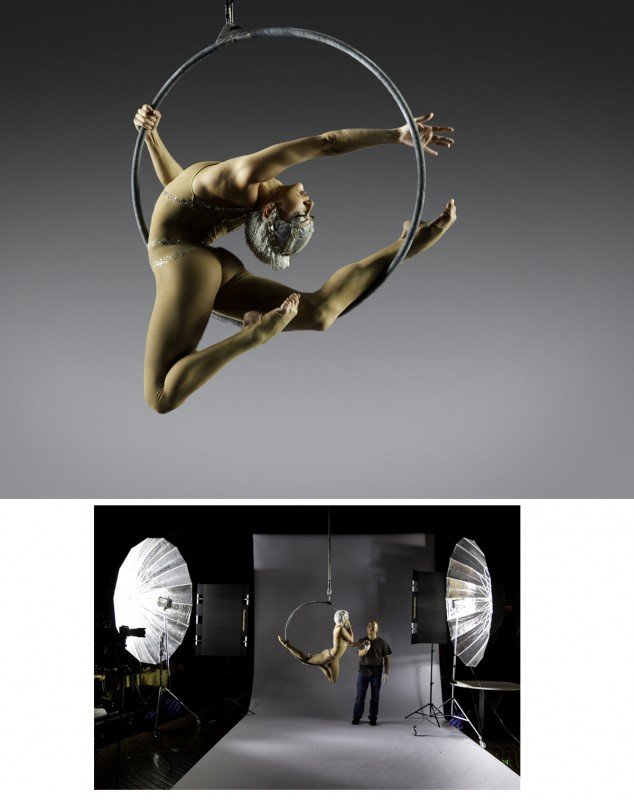 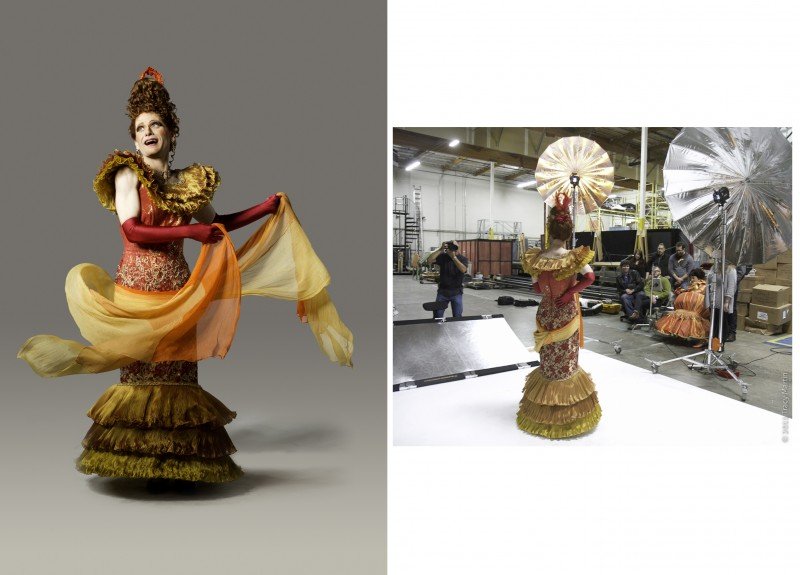 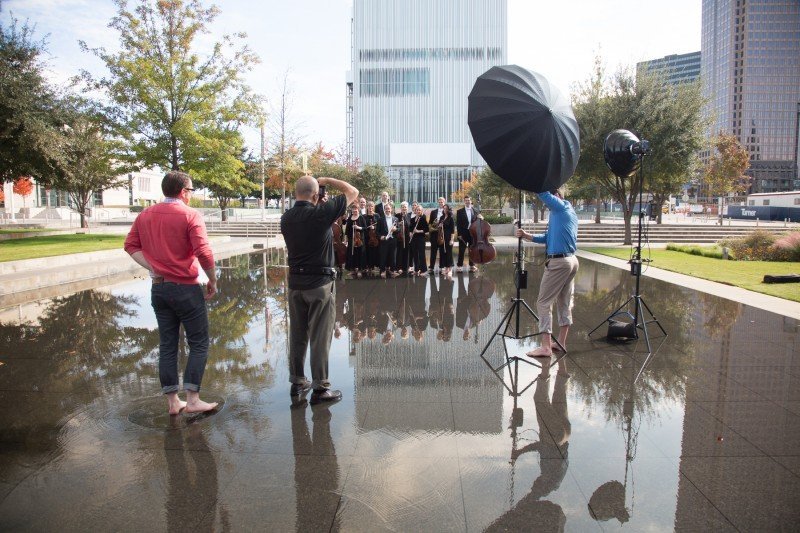 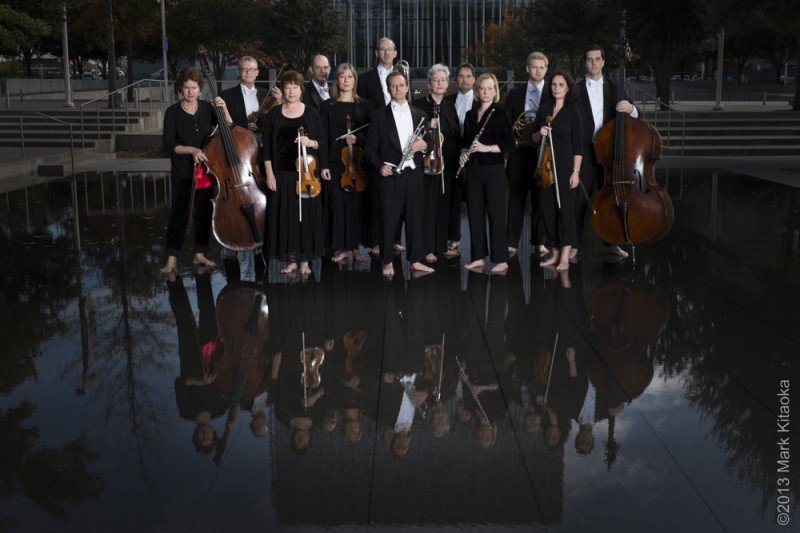 I have and use both silver and white beauty dishes and again, what I choose depends on the look I’m trying to create. A silver one is going to be more specular (there’s that word again!) and the white produces a softer light. But they are my main go to modifier outdoors in medium wind. To keep my strobes efficient I use the silver one with a white diffuser over the front face. Because they are rigid, they are not as prone to becoming a sail like an umbrella. They throw a beautiful quality of light and again can be feathered on the subject.

I tend to shy away from hand held flashes as I prefer to use studio strobes for my work, Einsteins to be exact. But when space is at a minimum and I’m talking about only having about 12 inches to shove a light between two immovable objects I go with my Saberstrip. I’ve reviewed the unit here so you can read more about it. 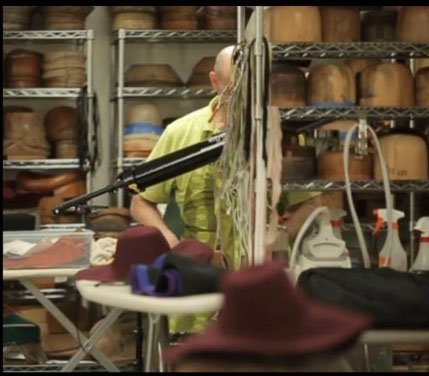 VERY tight quarters where the Saberstrip saved me! 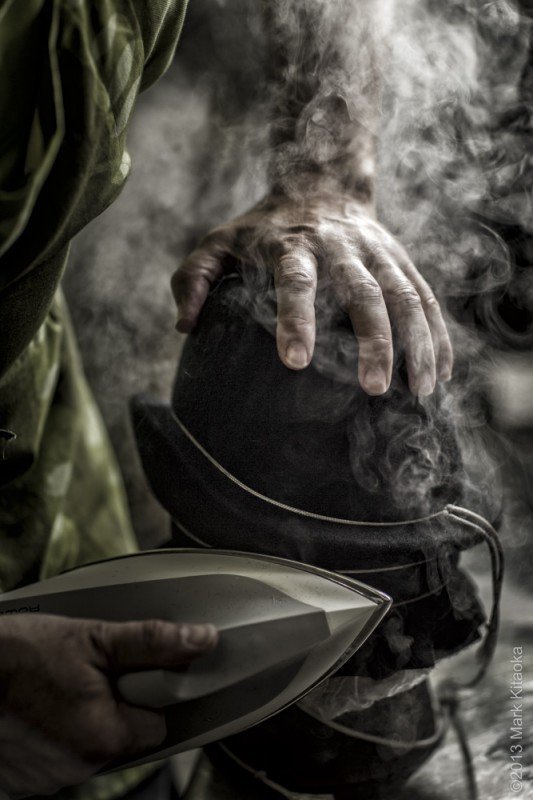 When I want to produce light that replicates sunlight casting harsh shadows and I need to direct the light so it does not spill all over the country I use a 7″ cone. If I want even more control I will add barn doors and/or a 30 or 15 degree grid depending on how tight I want the focus of light. They make a fantastic  rim light or in my outdoor sessions are fantastic to add fill or as a key light to replicate the sun. Plus they’re great in high wind. 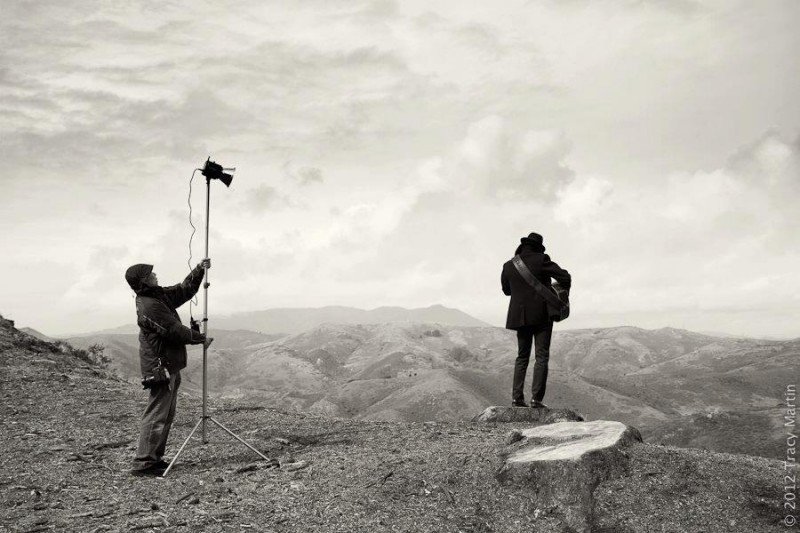 Single 7″ cone reflector. It was damn cold that day! 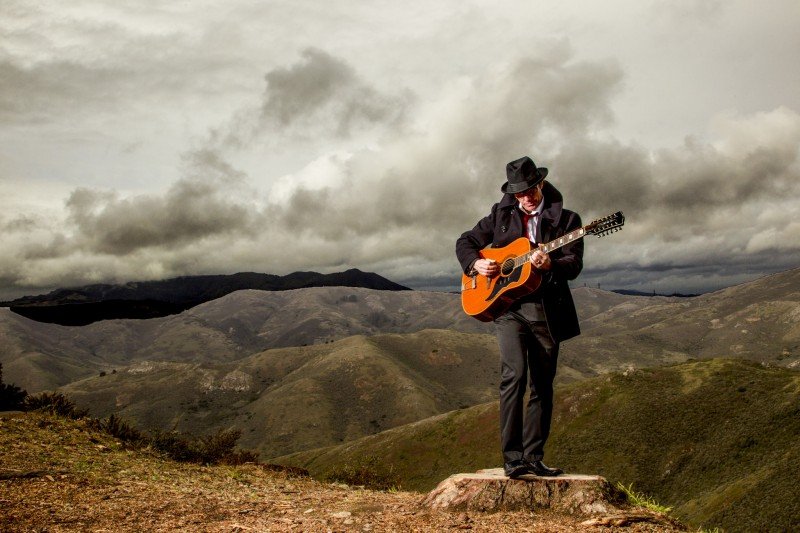