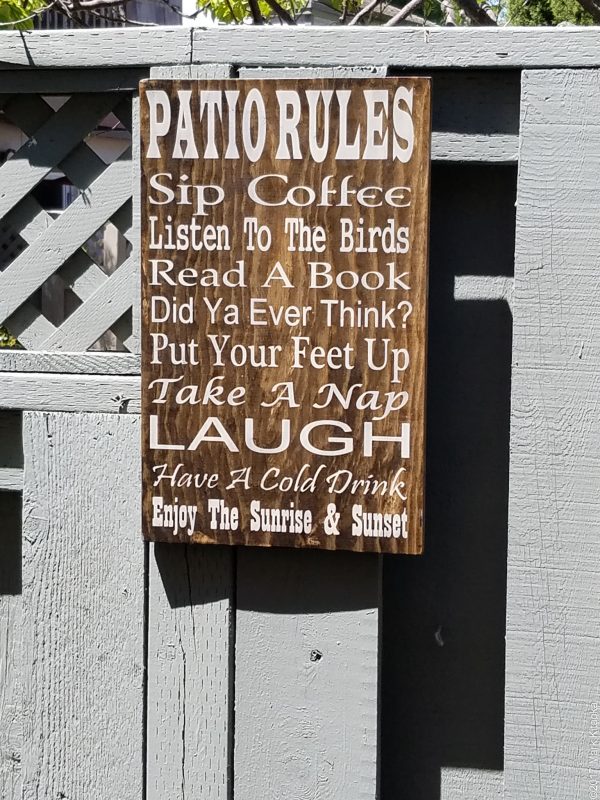 This has nothing to do with photography, so if that’s what you’re after you can stop reading.

Nope this is about two simple things I’ve done in the past eight months that have literally changed my patterns of life. Like any ‘normal’ person who owns his own small business I had a perfectly satisfying routine. Work, do business development, edit, practice, shoot, send emails, go on vacation, sit in front of my computer. It was a nice satisfying life and like most people I’d go on vacation to relax.

What frustrated me to no end was whenever I stayed at hotels for client work, many of them have those wonderful rooftop patios with fire pits, lounging areas and wonderful views. Yet I never really got to enjoy them due to the very tight shooting schedules I maintain. The other issue is I found that I didn’t get outside as much as I like because I tied myself to my computer. So here’s what happened that enacted changes for the better than I could ever imagine…..

I have raced motorcycles all of my life. My Dad thought it would be a great idea to keep me out of trouble, make me save money for gas and bike parts and delay my desire to ‘be with those kinds of girls.’ “If it has a period or uses gasoline boy, it’s gonna be expensive!!!” Yeah my Dad was THAT kind of Dad. (he was right though….LOL) So from motocross to desert racing to road racing I LOVED two wheel competition. But when I finally figured out I’d never be the next Valentino Rossi I hung up my leathers for a camera. Yet the need to be on two wheels never left me. And racing, riding a bike on the street didn’t hold any appeal. I had taken to mountain biking for a while riding a Specialized Hard Tail with a front Rock Shox. But on a very muddy winter day I landed on the cross bar with my two soft parts and had to go to the hospital, to have one ‘drained.’ I’ve been in my share of hand to hand battles, been kicked in the family jewels plenty, but nothing felt like being ‘drained’ by a physician. So I gave up mountain biking.

But when the whole ebike thing appeared I was intrigued. I followed a Kickstarter campaign for over a year that was developing an electric mountain bike. I’d been burned by two Kickstarter campaigns so the thought of losing 1k of my money didn’t appeal to me. Then while on vacation I visited an ebike shop right across from the hotel. The owner asked if I’d ever ridden an ebike and when I said “No” he rolled out a full suspension mountain bike and simply said “Get on and take it for a ride.” And once I rode up a San Francisco type hill just in front of his shop I WAS SOLD. It ended up that my girlfriend got one too since the shop owner wanted to trade a film of his shop for her bike. Shit, I had to pay for mine! 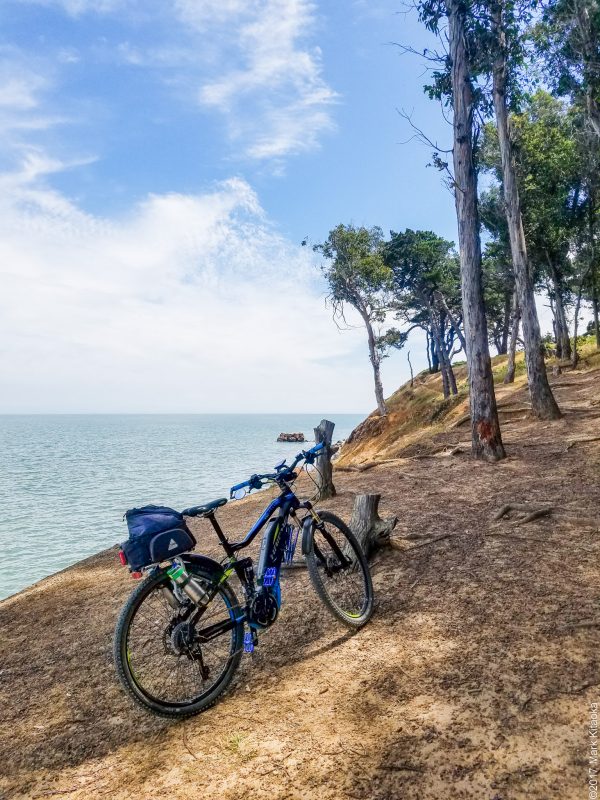 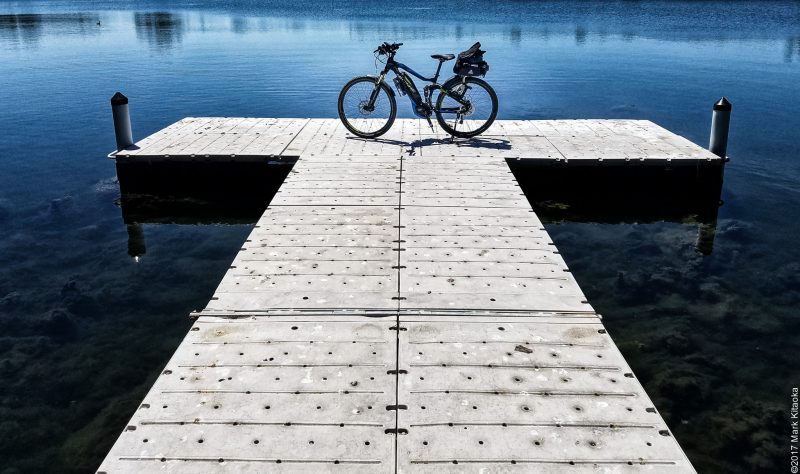 Then once we got home I started to think about my backyard. It’s not a large backyard since I live in a townhome in the Bay Area. But I started to map things out I wanted that I saw at hotels; a hot tub, a fire pit, some lounging furniture. I began to figure out “I can do this, and not for a ton of money.” So after doing my normal Excel Spreadsheet calculations I found out that instead of going on an annual vacation, we’d spend the money on the patio. Between Amazon and IKEA the items you see in my patio became a reality. 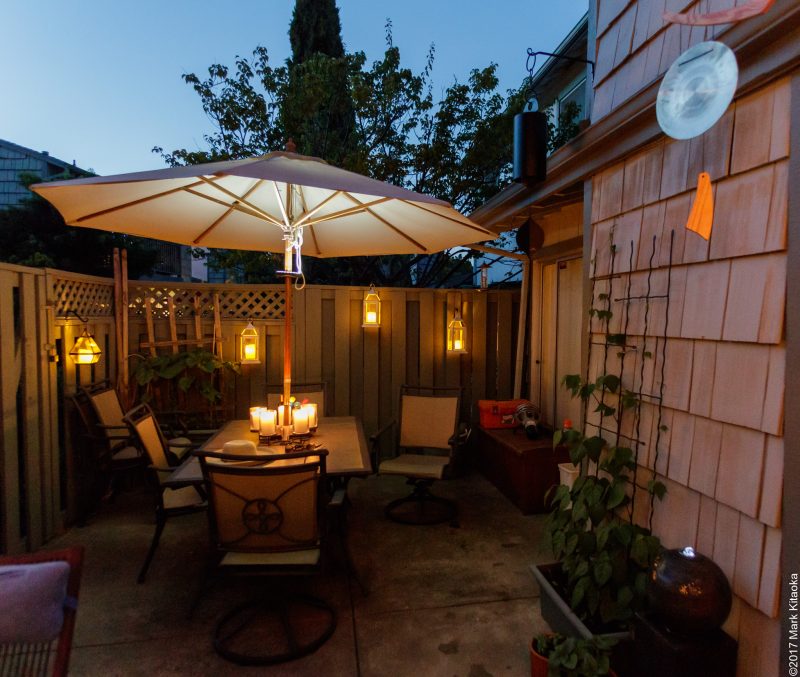 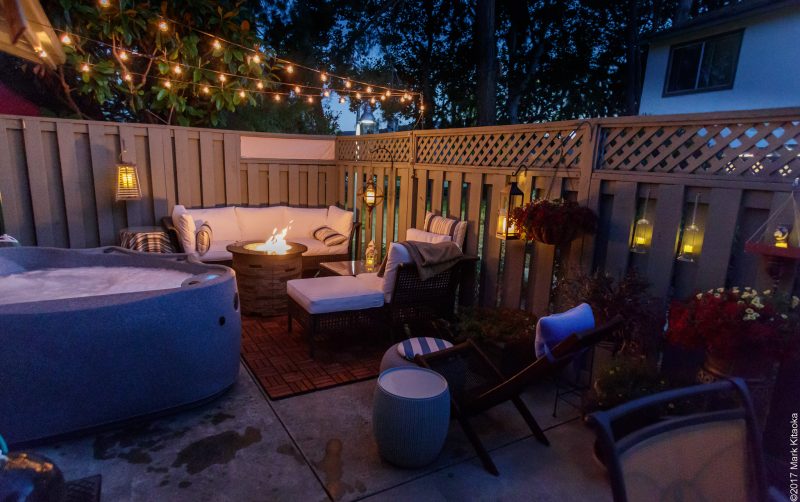 But the point of this whole thing is now I find we’re outside when we’re not working. We’re riding our bikes all of the time and even though it IS exercise, I never think of it that way because IT’S SO DAMN FUN. We ride to dinner, pack dinner and ride to the sea. And the patio? In the morning we have coffee out there, lunch out there, dinner out there. We sit in the hot tub before bed time. My ideas for new shooting scenarios have grown. Why? Because my routine is different, my mental attitude is different than before. Change can be scary. But changes like these can be wonderful. It’s simply a matter of figuring out what you want to do with life and then take action.