David commissioned me for a two day portrait session and although he resides in Dallas, TX he agreed to travel to San Francisco along with his manager to conduct the session. I was free to completely art direct his imagery. His only request is that they were different than traditional symphonic musician portraits and conveyed a younger more relevant look.

END_OF_DOCUMENT_TOKEN_TO_BE_REPLACED 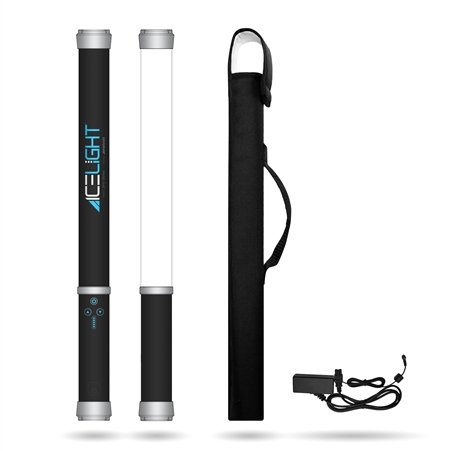 Just this week I was scheduled to shoot a publicity session for one of my regular clients. As I was setting up Dan said “Hey Mark, did you bring your IceLight and barn doors?” I thought to myself Huh? I had used the unit about two months prior on a different shoot, how could he even remember what lighting instrument I used? My clients seldom if EVER mention what I’m using for gear. (well except when I use my little Fuji X`100S affectionately named by my clients as Mark’s Little Instamatic) More on this later…

Let me ‘rewind’ about one year, maybe a bit more or less. Tracy, my partner in business and life read some information about something called an IceLight and was quite excited. She loves working with constant light especially since she was developing her skills in film making. As usual I was a bit hesitant about purchasing something new so I suggested we rent one to try. What I initially found was the lumens were not quite what I was accustomed to since I normally use 640ws strobes, Einsteins to be exact. She loved the unit, but of course my comment “Babe the retail on those things is the same as the retail on our Steins which we use all the time. I don’t think we’d have much regular use for those, let’s wait.”

Later that year I was reading Gregory Heisler’s book “50 Portraits” and was completely captivated by his work using constant light sources. So like the fool I am I announced to Tracy “Hey babe, let’s try using constant light for some of our work. I think it has real application and I think it would be best if we buy two. One is fine if we did this for a hobby, two would give us a lot more flexibility. “ Now for anyone who has a wife, girlfriend or significant other you will completely relate to the body posture, tone and statement which was uttered through clenched teeth as a result of my spoken ‘revelation.’ Enough said and I’ve never pretended to be smart….

I’ve used the IceLights as a key light, fill light and when anything that flashes would just be out of the question. Case in point. I was asked to photograph Jaap van Zweden the world famous conductor for the Dallas Symphony Orchestra and I was allowed to sit IN the orchestra, dead center during a rehearsal. The lights in the Meyerson Auditorium are great for viewing but absolutely horrid for photographing a conductor. Directly overhead and without any fill, Jaap’s eye are completely shaded by his brow line, making his eyes appear dead and lifeless. 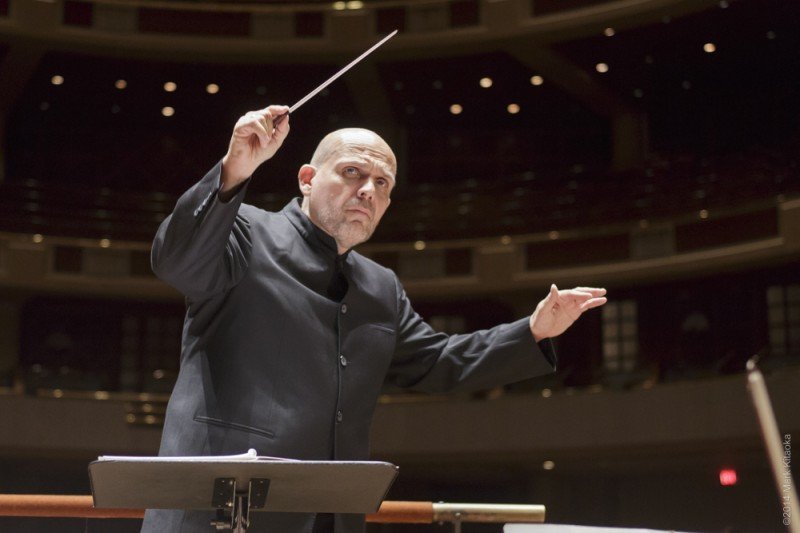 Some may ask themselves “Why not use a reflector?” Great question except with a conductor who MOVES passionately while conducting keeping the sweet light where you want it is impossible. Plus one MUST consider that a reflector is going to obstruct the view for some of the orchestra members who must watch the conductor. Because the form factor of the IceLight is so thin, none of those issues were a problem and made it the perfect light instrument for that job. I combined Westcott’s tungsten gel and barn door with just enough of an opening to cover his movement and not obstruct the view of the violin players since the light was placed camera right, right where the concert masters sit.

I sometimes use a Fresnel 1000w spotlight with a gobo for some of my sessions. Such was the case with Laetitia, a Cirque hoop aerialist during an action portrait session. Again a reflector was out of the question since she’s moving. I used one IceLight to fill in her face since being backlit by the Fresnel with haze rendered her face too dark without the IceLight. 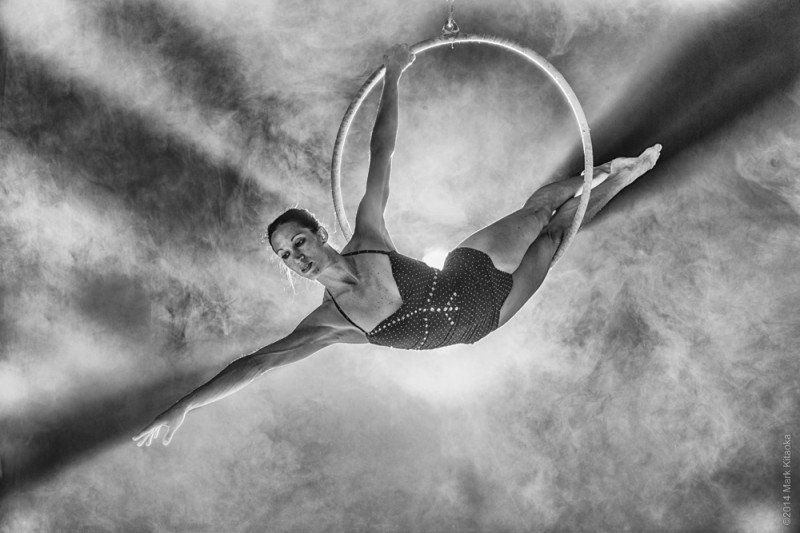 There have also been times when I’ve used a projector on the talent to place graphics either in the scene or actually on him as in the case of this violinist.  Due to the very low lumens afforded by a projector sending a graphic blowing out the graphics is very easy to do with a strobe or hand held flash. Only highlighting his face was my goal for this shot using a single IceLight. 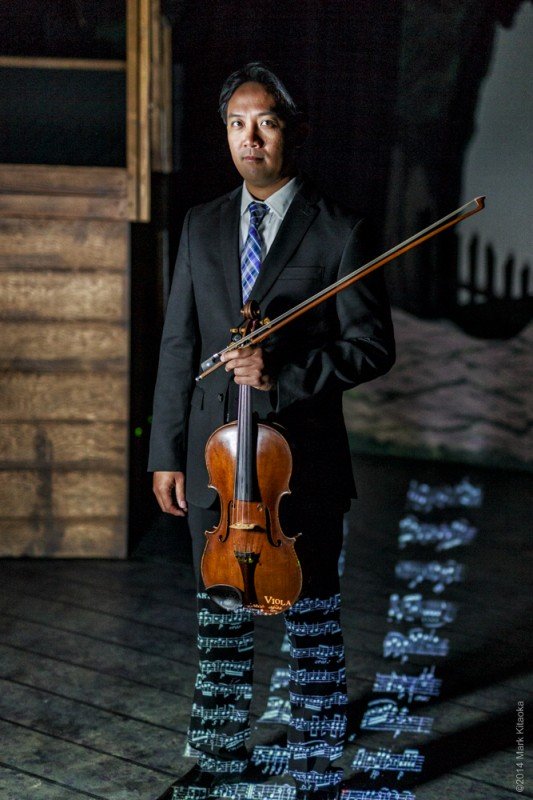 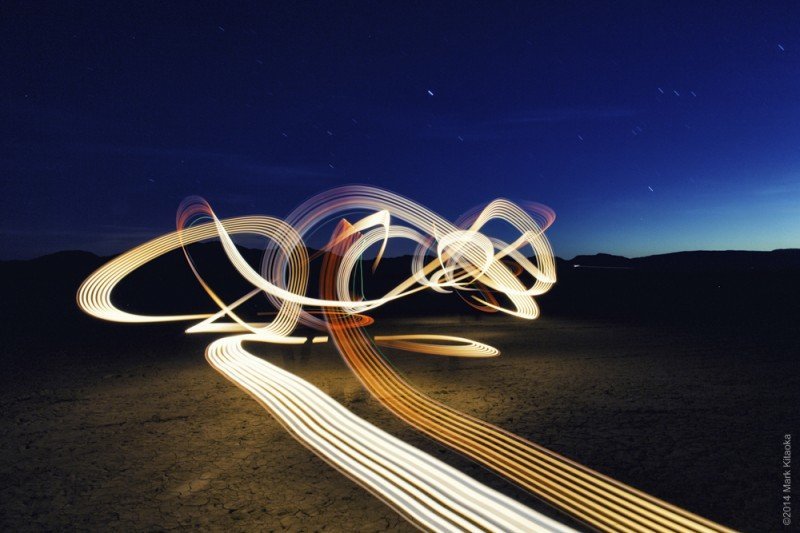 Playing in the Mohave Desert with an IceLight using gaff tape to make lines for a long exposure. 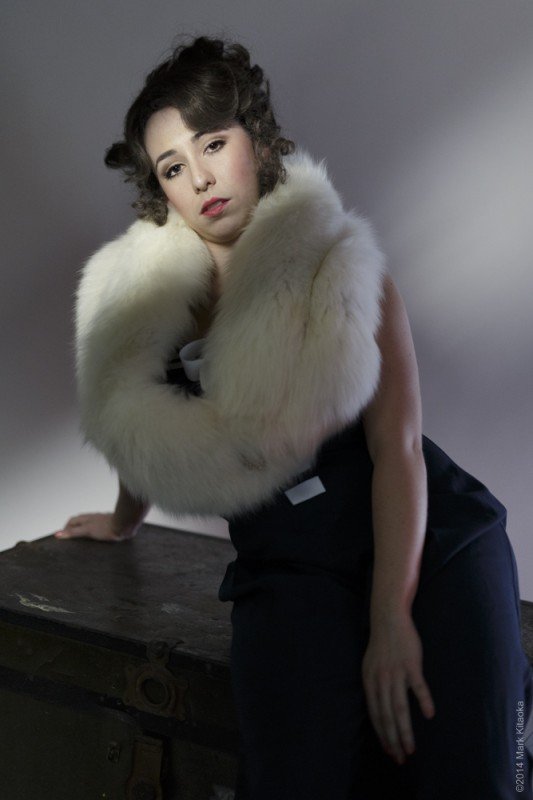 A publicity shot of Samantha. This is the image which prompted my client Dan,  to ask “Did you bring the IceLight and barn doors?!” 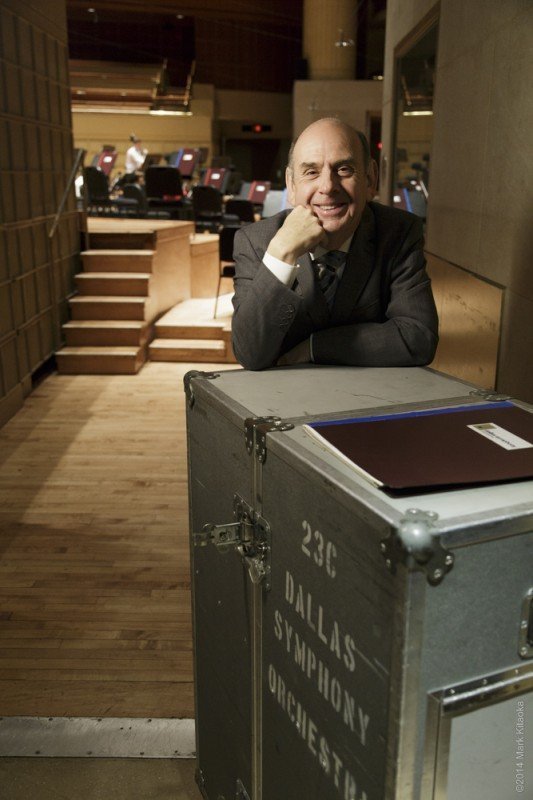 An environmental portrait of Peter the DSO’s stage manager using an IceLight and tungsten gel to match the ambient. Maintaining a balanced ambient for the environment was key to this shot. 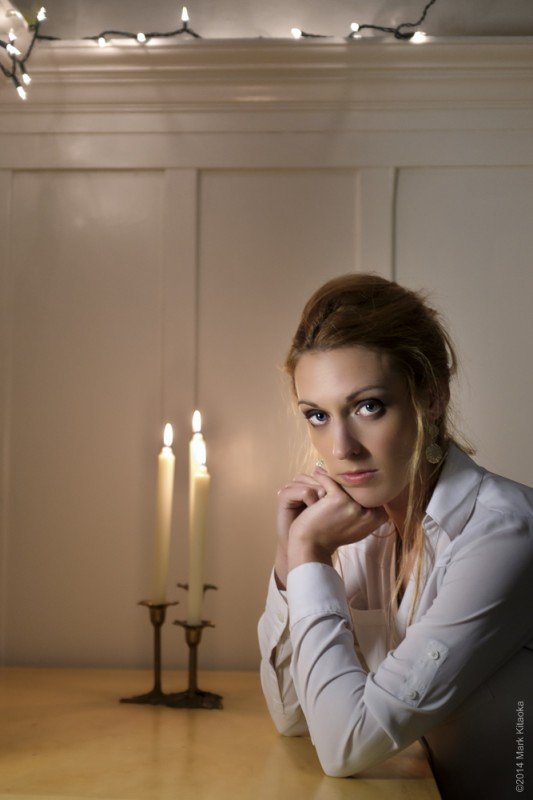 Environmental portrait of Allison using an IceLight and gel to balance the candles and Christmas lights while ensuring her gorgeous face was the star of this image. 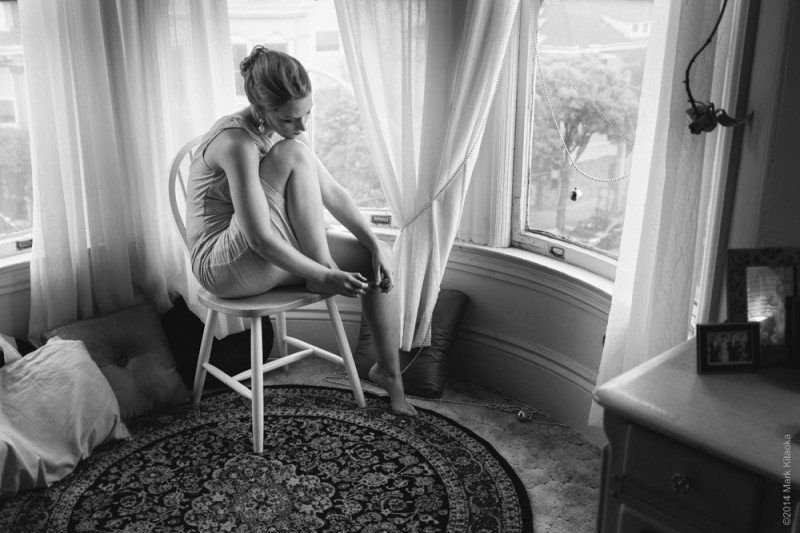 Although the ambient diffused sunlight for this shot was beautiful I needed to gently fill in Allison’s face so I hid a single IceLight behind the curtain on the far right.

What do I love about them? Portability, ease of use and its slim profile. What would I change? I’d like to have the intensity setting kept in memory so when I turn the unit back on, it’s in the same lumen state as when I turned it off. I’ve also noticed that although you can use the units plugged in, it appears that the battery is used first and then it recharges itself. So if I need to unplug the unit and use it without power I’m sunk if the battery was run low.

I said at the beginning of this article that Dan remembered the IceLight which in and of itself was remarkable. But what was more striking is his memory of how the image I created looked using an IceLight. I really think he just wants one for his own iPhone shots!