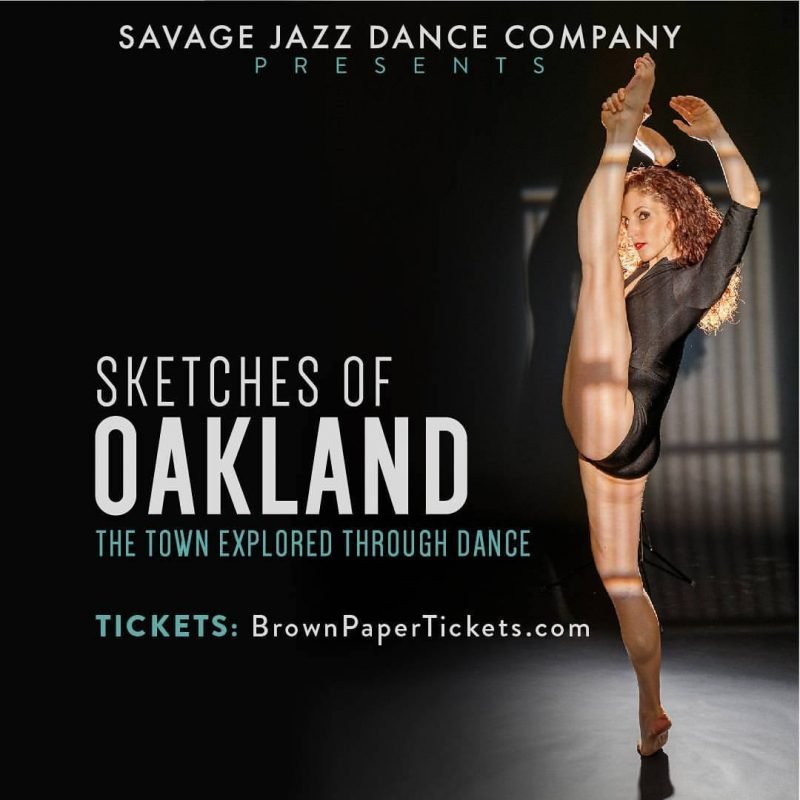 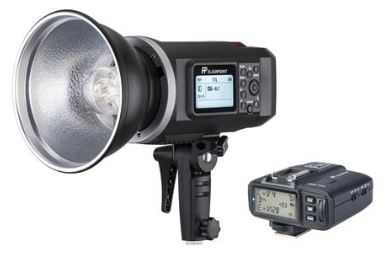 END_OF_DOCUMENT_TOKEN_TO_BE_REPLACED

This post is about the people rather than the picture. Sure I’m a professional photographer and make my entire living shooting for clients, so of course I have to produce imagery! But the primary reason I chose to do this for a living is to meet interesting and authentic people.

Unlike work for clients, my personal work gives me complete freedom to art direct and create imagery that fits my vision. When shooting for clients those images must fit what they have as a vision for their product. My ability to season the mood of their images depends on each individual client. Some allow me more input than others, but by continuing to do personal projects it keeps me fresh with new ideas and concepts. After 39 years of being a ‘corporate suit’ this is the vocation I chose to do for the remainder of my working days. So I keep my creative mind fresh by continuing to create personal work. The day I find that the artistic satisfaction has left me and it’s ‘just a job’ I just won’t do this anymore. Clients automatically benefit because the ideas I try in my personal work often get used in my professional work. A win/win if you ask me….

END_OF_DOCUMENT_TOKEN_TO_BE_REPLACED

Another photographer contacted me via this post to ask me about the CononMark. He sent me photos of his unit and I can confirm that it is ‘backwards’ meaning the focusing rod is in the wrong direction. He also stated that some of his rods are not screwed all the way in so it makes it difficult to assemble the unit. I suggested he return it for a replacement or refund. 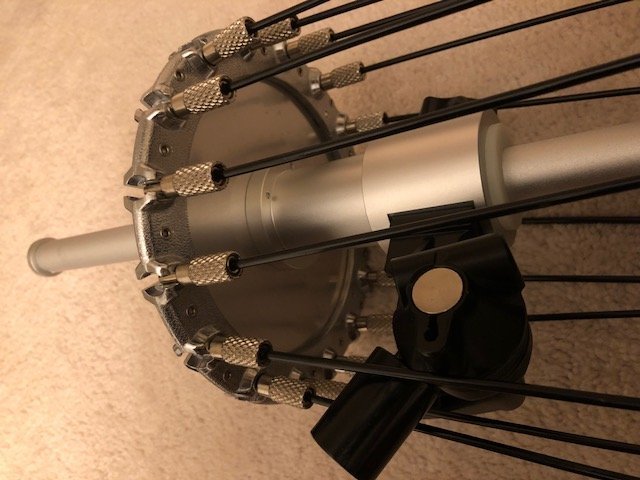 On his unit the swivel is on the interior of the modifier. It should be on the outside. 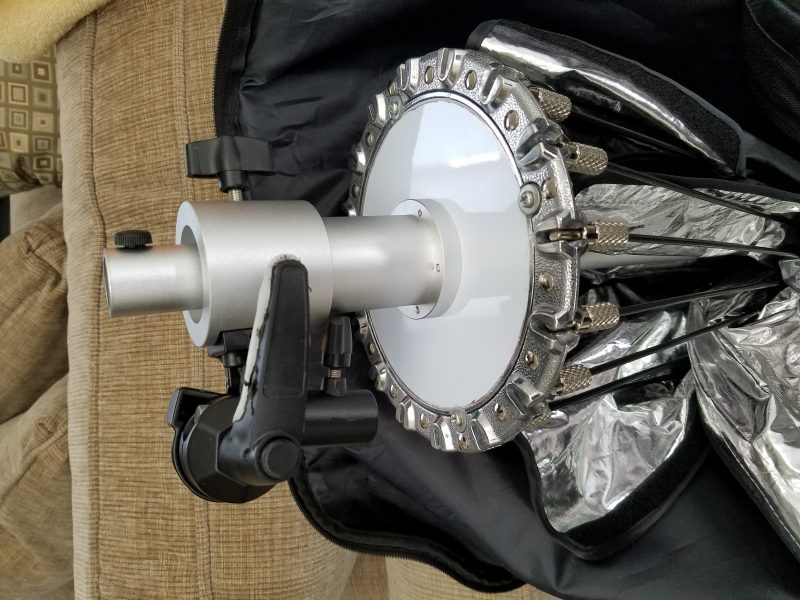 On my unit the swivel and focusing rod adjustment knob are in the correct position. 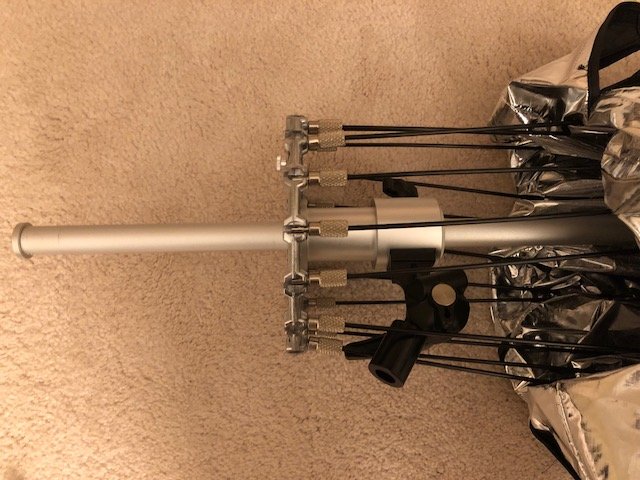 Another shot of his ‘backwards’ focusing rod. It appears that CononMark has modified the focusing rod since I purchased mine by fabricating a collar on the end of the rod. Mine has a threaded knob to keep the rod from running through the swivel. 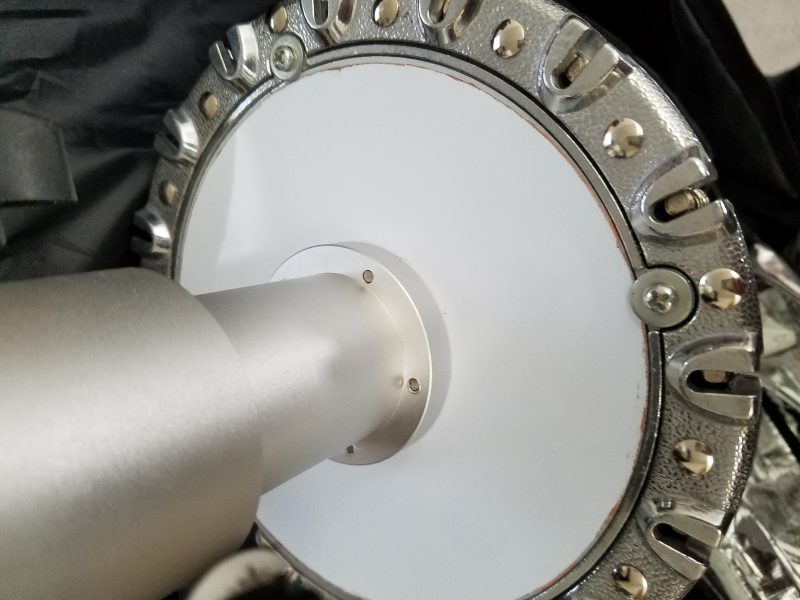 I reversed my circular panel when I received mine as the white portion was facing the inside of the modifier. I prefer to light qualities of the silver face, so I simply reversed the face of the reflector.

I have been using the CononMark 120 for a little over a year now in many of my commercial shoots. I have been very pleased with the light it produces along with its durability. Keep in mind that I don’t leave any of my modifiers constantly assembled since I travel TO client shoots in different states and either haul or rent gear. The one small gripe I have with the CononMark is the rod ends which go into the actual modifier can come out of their pockets so I have to check when assembling if all are in place. Other manufacturers like Cheetahstand, Parabolix and Westcott have a better rod retention systems. I have recently written my thoughts about the Parabolix 35D where I also speak about the CononMark. You will read loads of forums about whether a modifier is actually ‘parabolic’ in shape. I would advise you NOT to place an undo amount of credibility on the theory of a modifier being an exact parabola. The shape of any modifier does have an influence on the light BUT there are TONS of other factors that come into play. Distance from talent, tension of the fabric, texture of the fabric, depth of the strobe in the modifier, on and on and on and on. What you will find is almost all of the trolls touting the EXACT nature of a modifier’s parabolic shape seldom and more often NEVER display their work. How can anyone decide if any tool is correct for their own uses based solely on theory? Photography is totally subjective. When you buy a car listed at 240 horsepower, do you take it to an independent dyno lab to have it actually measure the output at the rear wheels for horsepower? Does it really matter that much or does it simply stroke your ego to say “My car has 240 HP!” And even if it DOES have 240 HP that doesn’t mean shit unless you know how to drive and USE that power.

My point is if possible rent or borrow gear you’re thinking about buying. Try it, see how it works for YOU and YOUR client base. What works for me may not work for you and vice versa. But one thing is certain, those who simply spew out statistics and theoretical bull shit are never going to help anyone other than their own need to ‘be right.’ They are the ones who carry a print out of a Histogram instead of  the photo to show “How they achieved a perfect histogram in the photo.”

Here are two images taken with the CononMark as the key light. 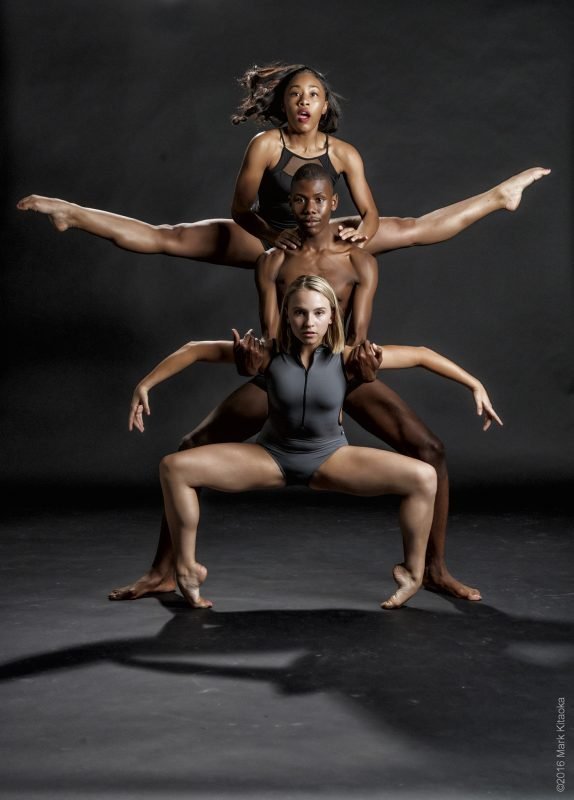 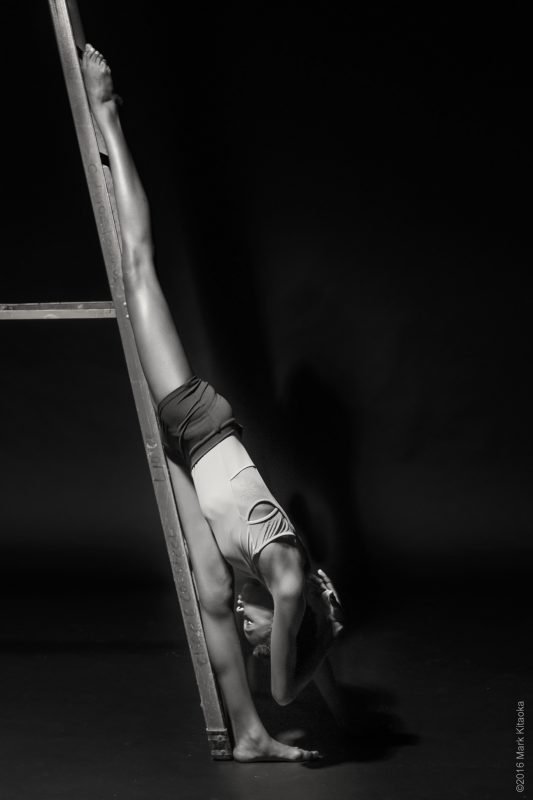 You can see some of the results from a recent studio dance session using the CononMark here.

CononMark was used as the key light in this studio ballet session. Strobe was the Godox AD600 using a H600 remote head. 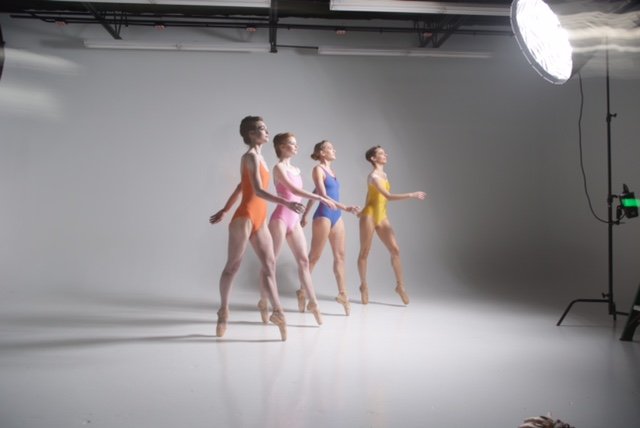 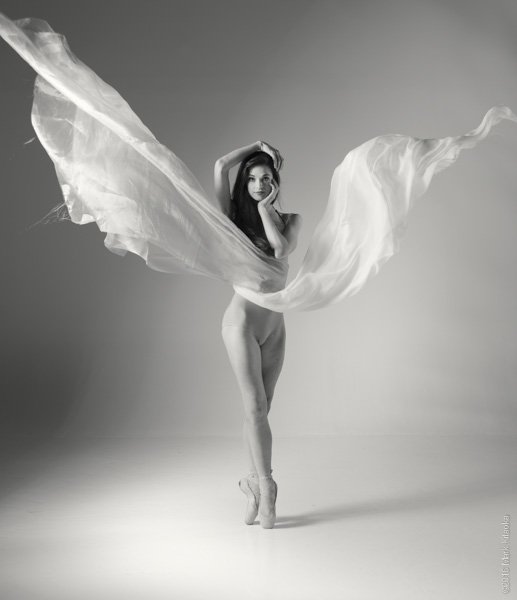 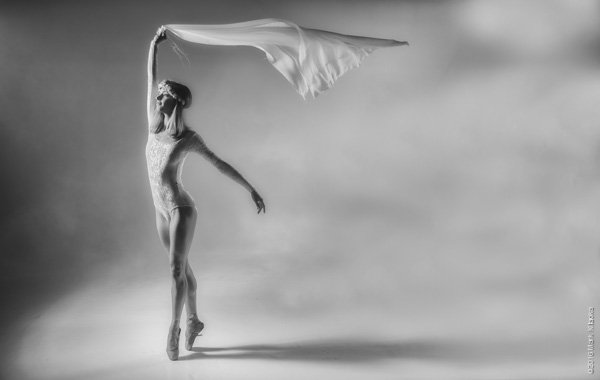 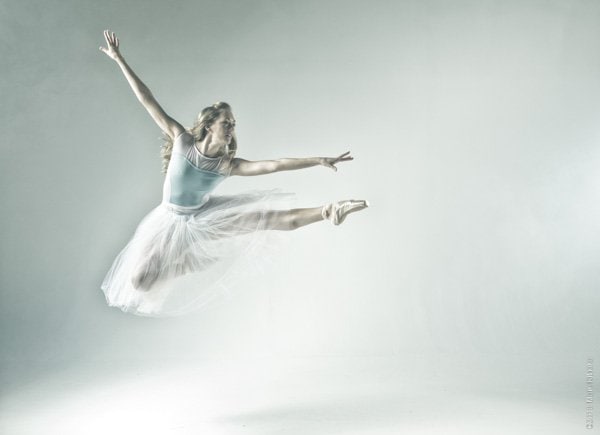 END_OF_DOCUMENT_TOKEN_TO_BE_REPLACED

On Location with Avant Chamber Ballet

In May 2015 I was asked to photograph the Avant Chamber Ballet in Dallas, TX. ACB is the only truly Dallas based chamber ballet. Their Artistic Director, Katie Cooper resides in Dallas and has turned the ballet community on its ear with her innovative and critically acclaimed ballet creations. Katie Puder (Cooper) danced for years with Arlington’s well-respected Metropolitan Classical Ballet. One of the many aspects which sets ACB above other dance companies is their use of live world class orchestra musicians in their performances. Many are working musicians with the Dallas Symphony Orchestra, which is a double plus. We work regularly with them on both production and publicity imagery for their marketing campaigns. 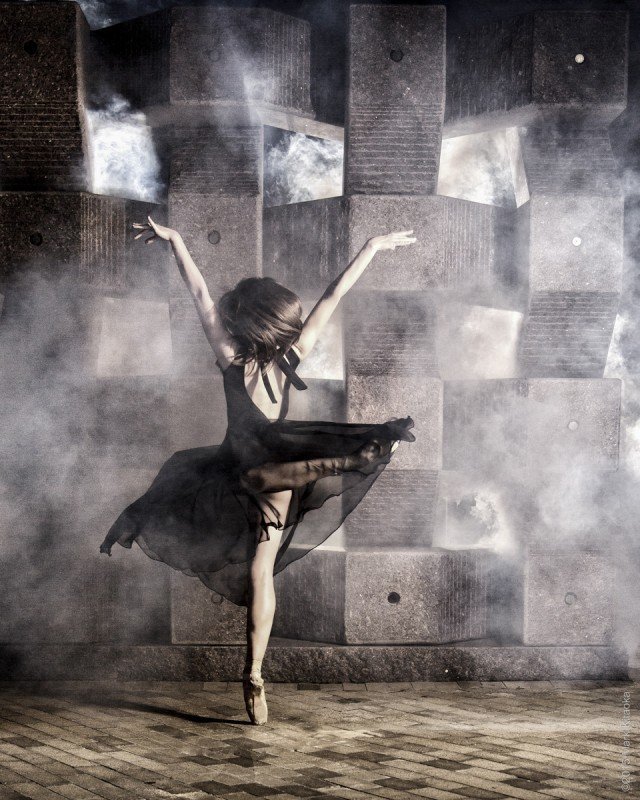