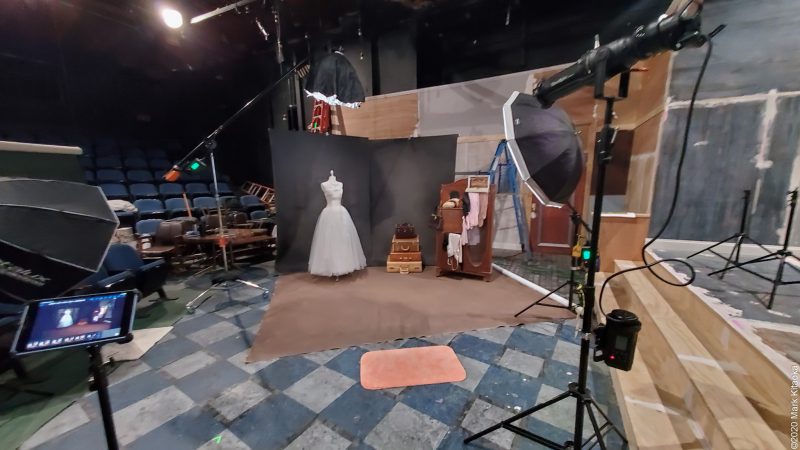 Hi, if you’ve stopped by to read about my latest blog post regarding a specific piece of gear, it’s best to keep moving along. Nope, this post is about all that went into a recent publicity shoot I just completed. A big part of the job is developing the look and feel for a campaign. After viewing some of Annie Leibovitz’s work, my partner and I felt using painted drops for a number of the sessions would create the feeling we wanted. After investigating the cost of hand painted drops she discovered that good ones range anywhere between $1000 to $1800 dollars for a 12×12 foot size. So..

We went to our local theatrical supply store where she purchased the fabric and then it was onto the paint store. In total, two 12x12s, three 8×6 foot drops including the paint and tools came to just over 500 bucks. She plans to use the smaller drops for her headshot business too. 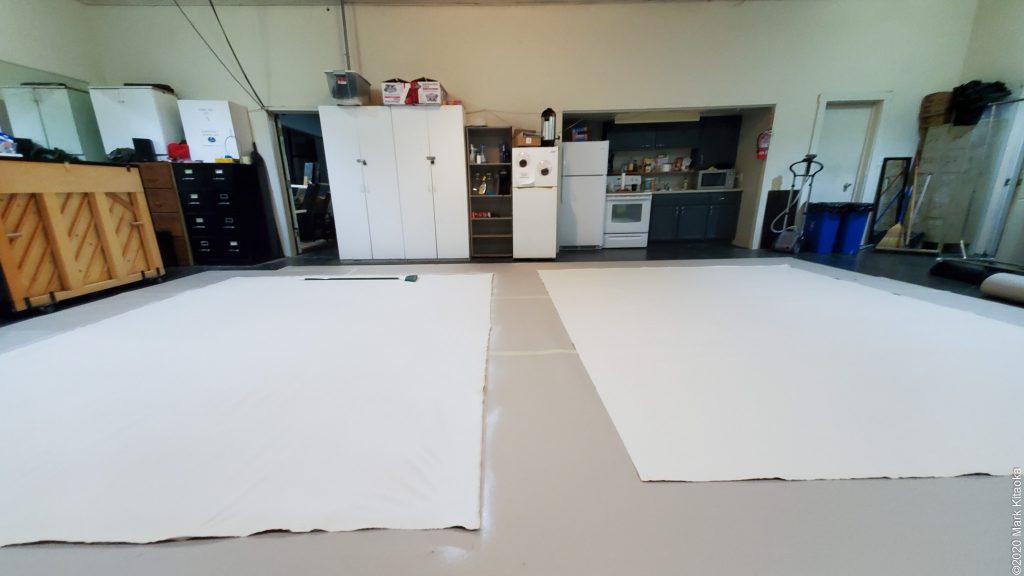 12 oz canvas stapled to the floor and primer applied. 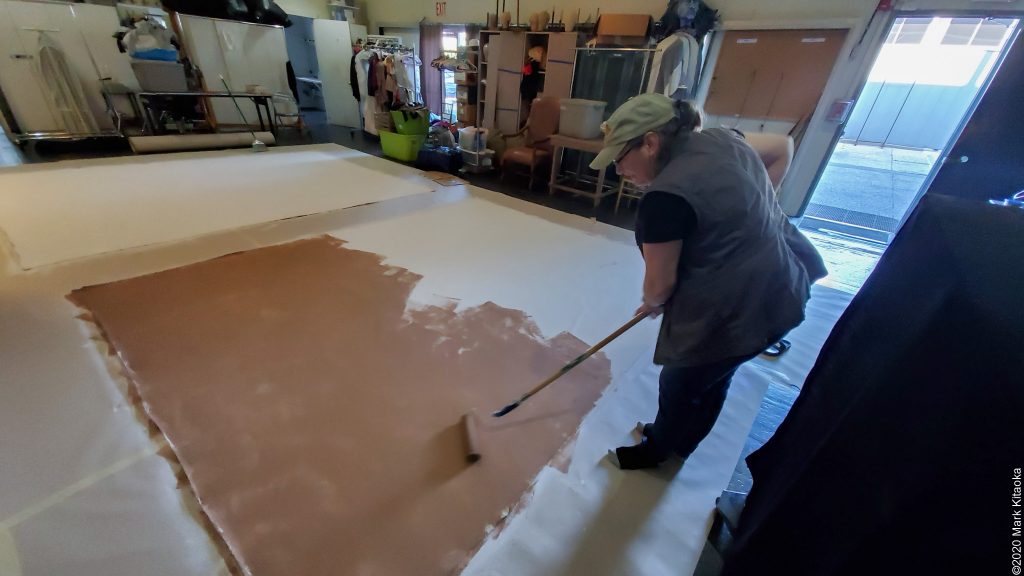 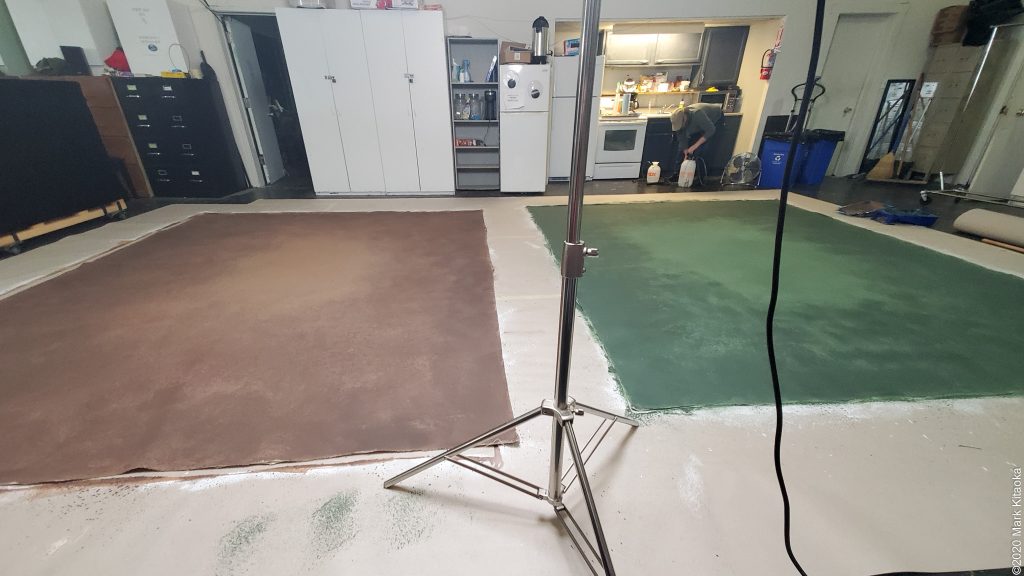 All done waiting to dry.

We spoke to our client about the concepts and he generously allowed us to use the theatre’s Green Room to paint the drops. We needed space, but just as important a wood floor where the canvases could be stapled to the floor. His Green Room had both. Once done we showed him the mood board we assembled for the concept and it was at that point all of us became very excited. Since it is the theatre’s 80th anniversary season, he wanted something special. So we presented the following concepts for the imagery:

We also presented the idea of including behind the scenes shots of the sessions. EVERYONE including myself loves BTS imagery and film. I still get goosebumps thinking about Game of Thrones BTS film of Beyond the Wall. The client immediately approved the concept so we were off to the races. Logistics is one of the most tedious aspects of any shoot. Scheduling talent, securing the venue, preparing wardrobe, makeup, props is just part of a shoot. I’m consulted on the type of wardrobe, colors, etc. which has nothing to do with the camera or lighting gear I’m using…but…

The type of lighting instruments I plan to use really does depend on the mood, the costumes and the setting for each session. I know so many forum  trolls like to pretend they are skilled in light when they argue about if a modifier is a true parabola or not. Go right ahead and argue about it, but for me and most importantly my clients, how something looks and feels is what matters. And will the imagery evoke enough emotion to initiate a sale, that’s the REAL question. 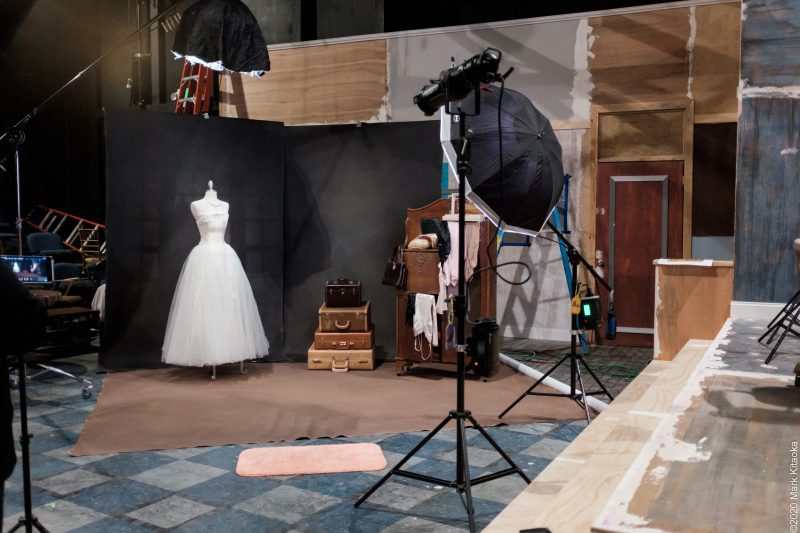 Overhead light is my Cheetahstand Lantern with a cheap umbrella I cut up for its fabric as a drape. Foreground is my Aputure Spotlight with a window gobo. Phottix Softlighter is on the right as my key light. 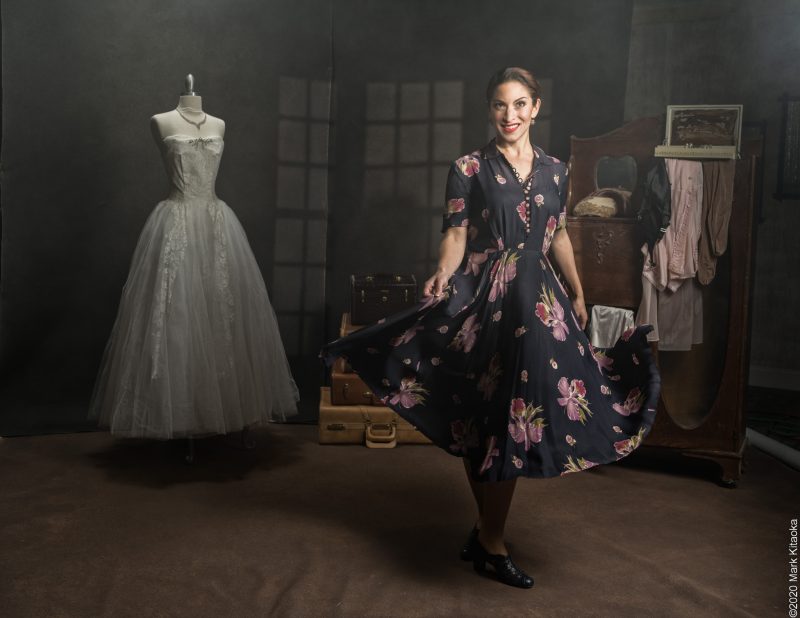 Balancing the key light with the gobo light to remove the window pane pattern from her face without overpowering the shadows was tricky….but accomplished. 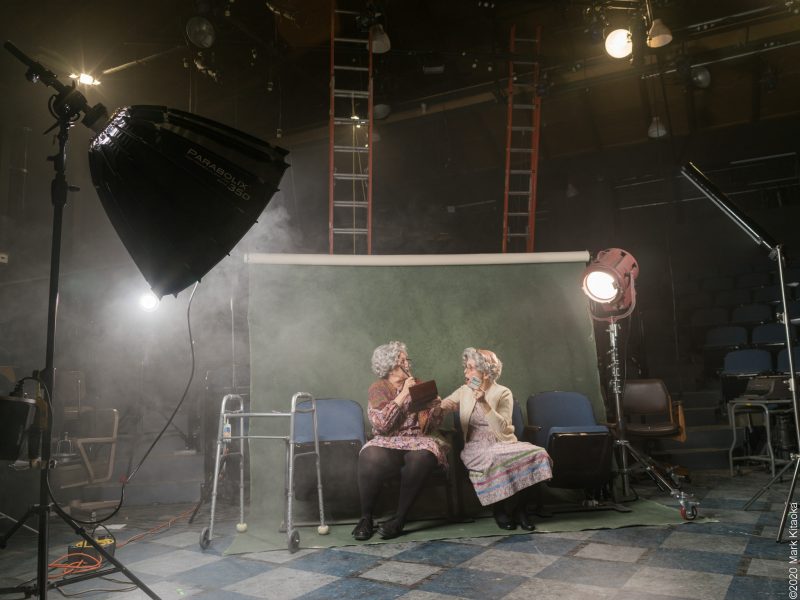 My Parabolix 35D is my key light here. The Fresnel light on the left was used to remove floor shadows from the Mole Richardson Fresnel spotlight on the right. 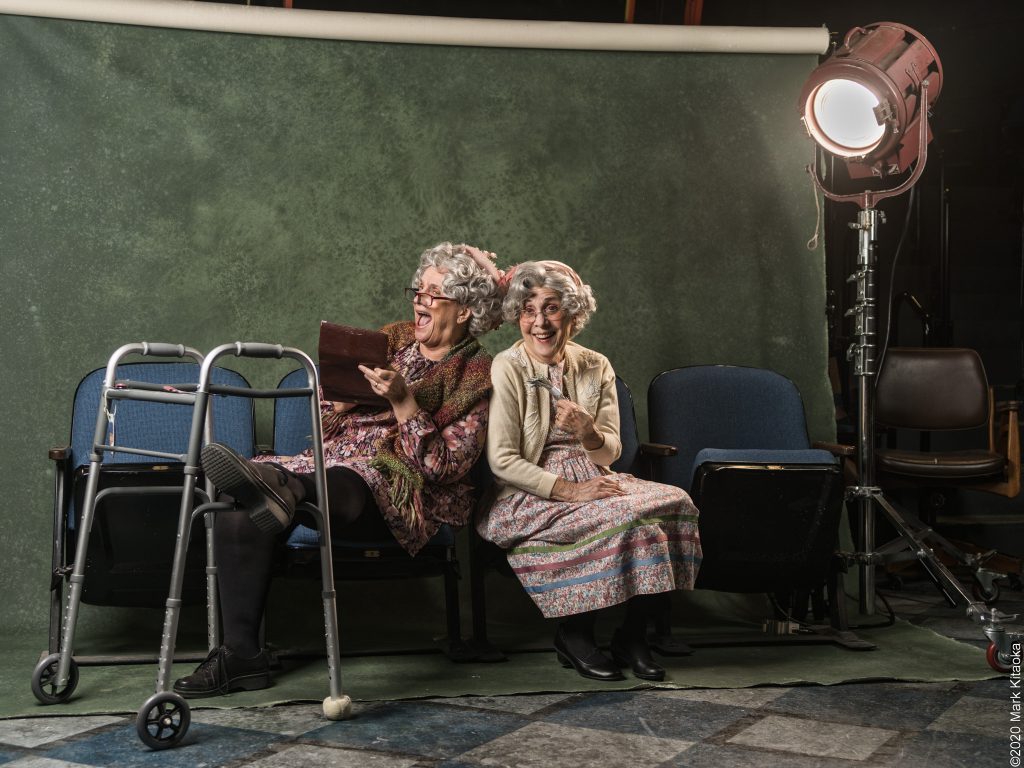 All of my publicity imagery is shot with my Pentax 645Z medium format. I do this for two reasons; first there is a feeling of medium format that I just cannot recreate with 35mm. Second clients often use the files for billboards, bus banner, etc. so file size can be a concern. In addition all strobes are Flashpoint 600s or 200s. Modifiers….well that’s a different story. 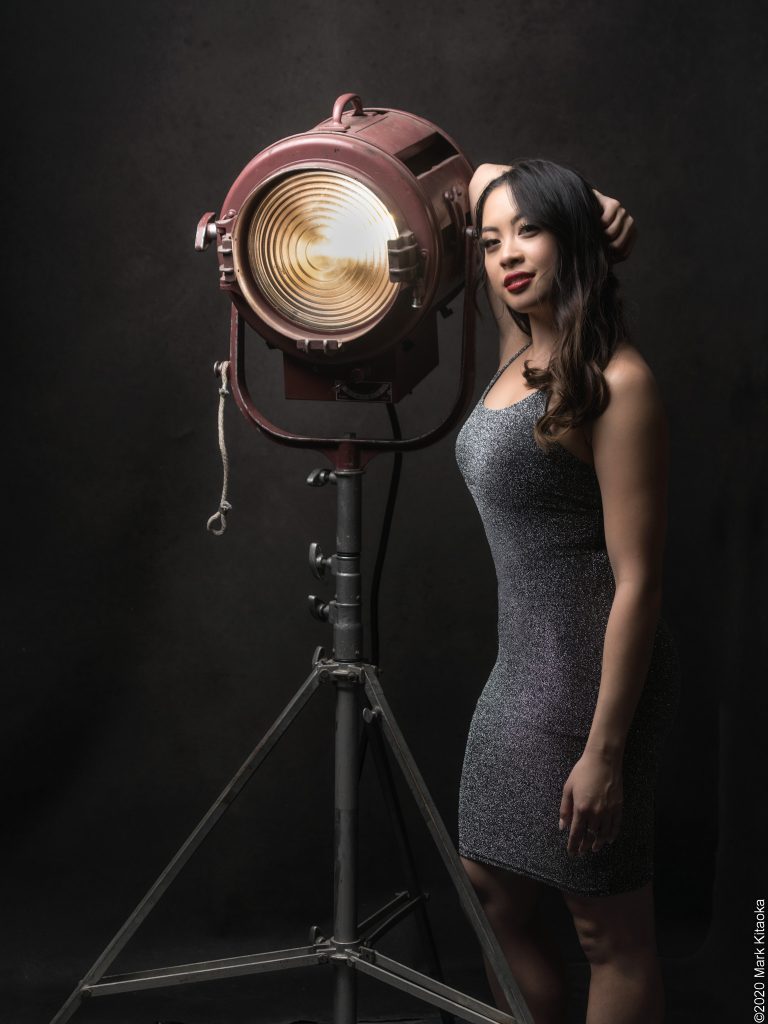 Sure I use focusing rod modifiers most of the time, but when those are not the right tools for the job at hand I often improvise. Like using a Cheetahstand Lantern with a cut up cheap umbrella fabric as a drape held with wooden clothespins to control spill. Or a 1965 Mole Richardson 412 Fresnel spotlight converted into a strobe.  Some of my gear is used like the OEM intended yet with other modifier instruments; well I’ve just adapted them to my needs. 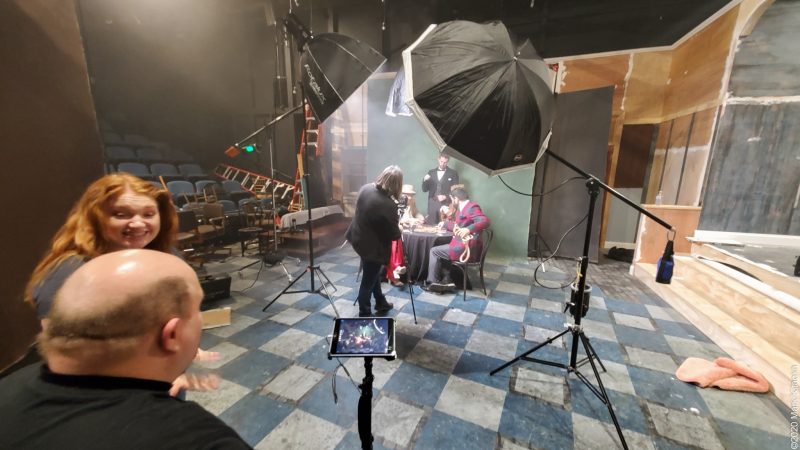 The client looks over my shots in real time on my iPad so he knows when we’ve achieved the shot and can move on. 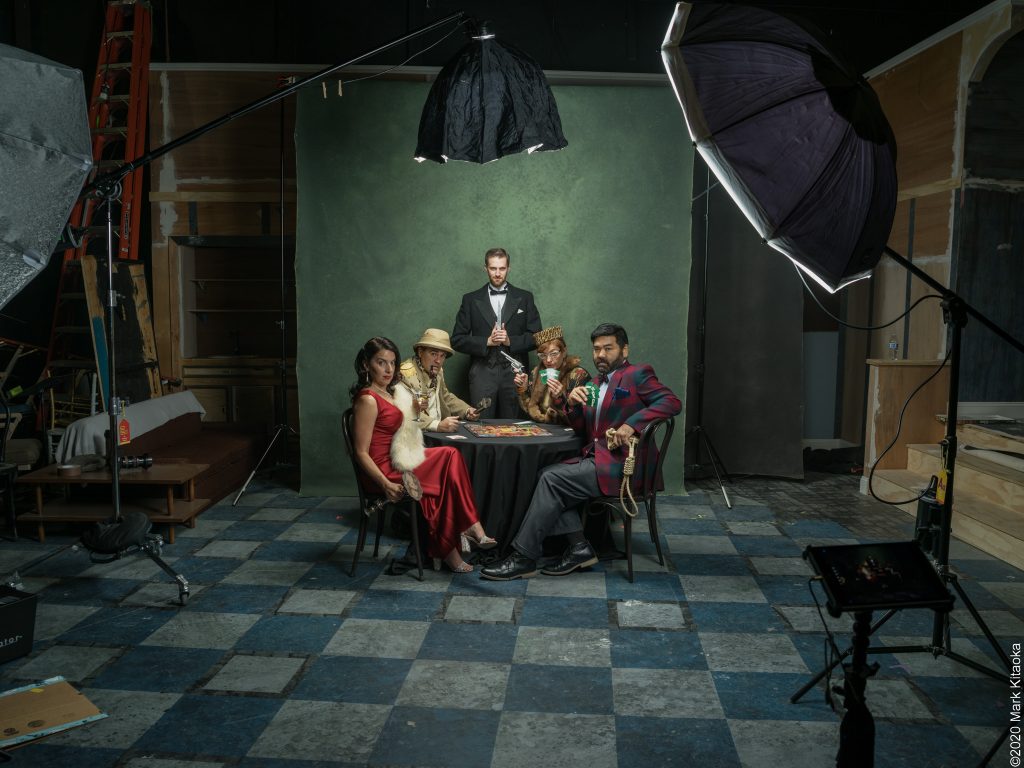 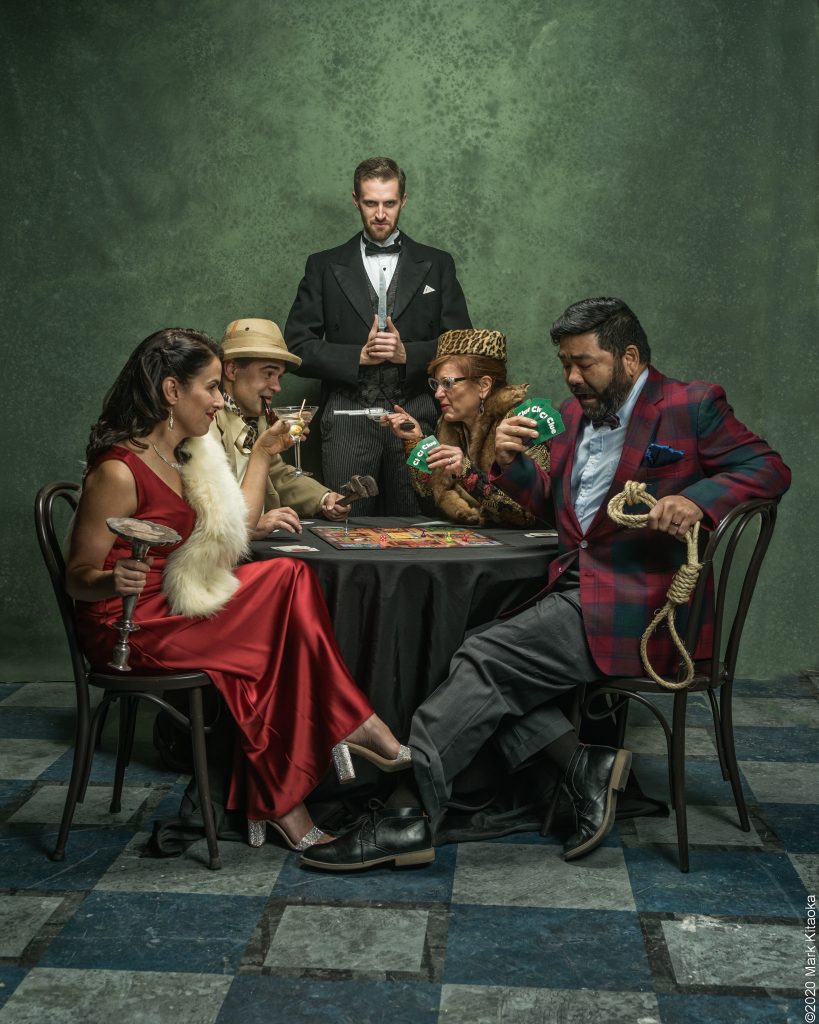 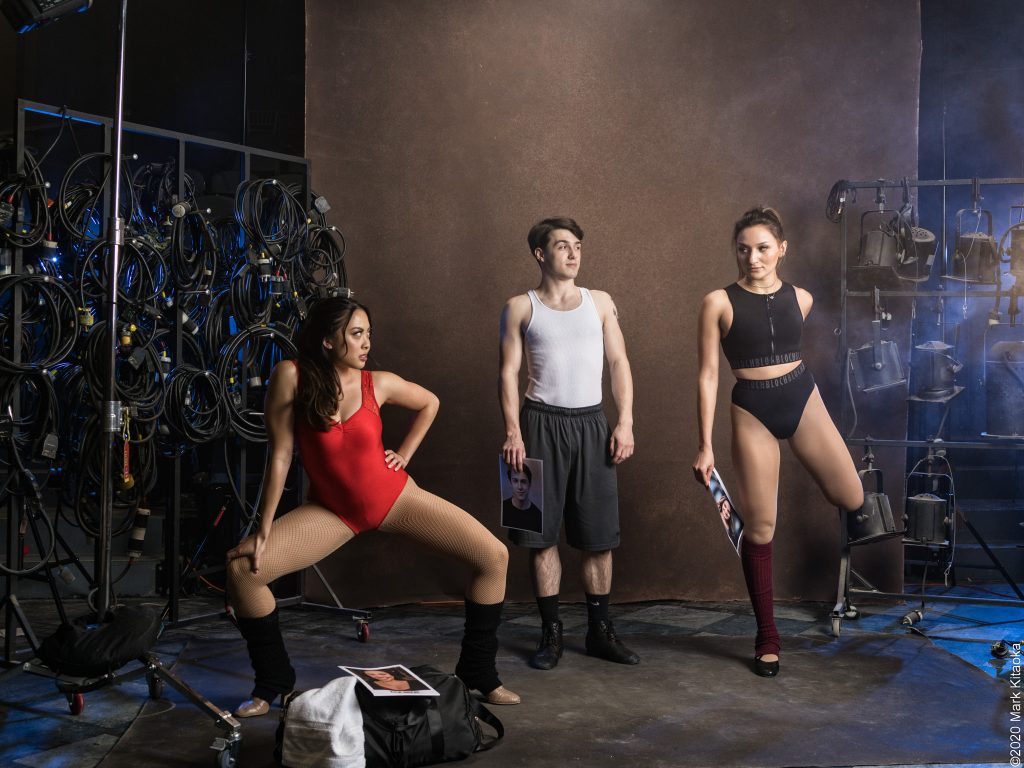 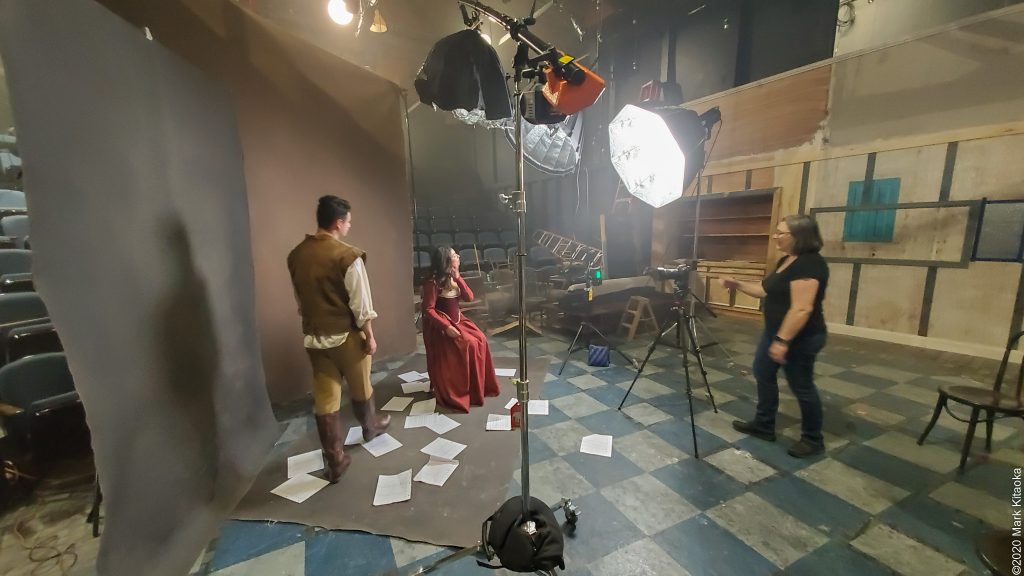 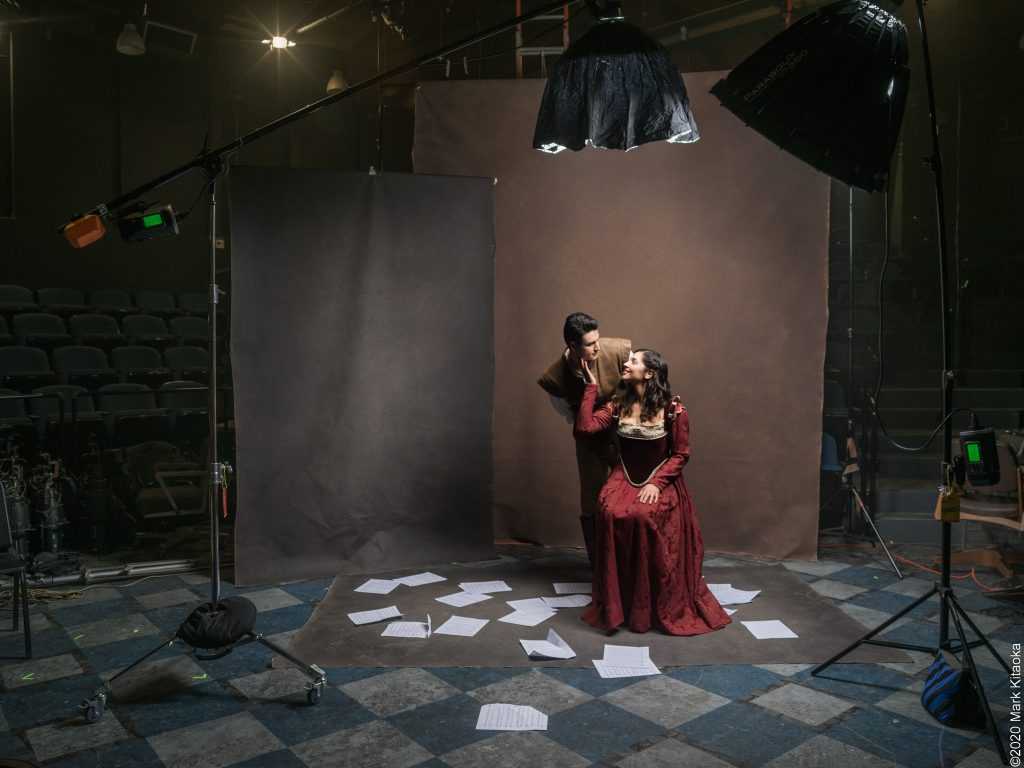 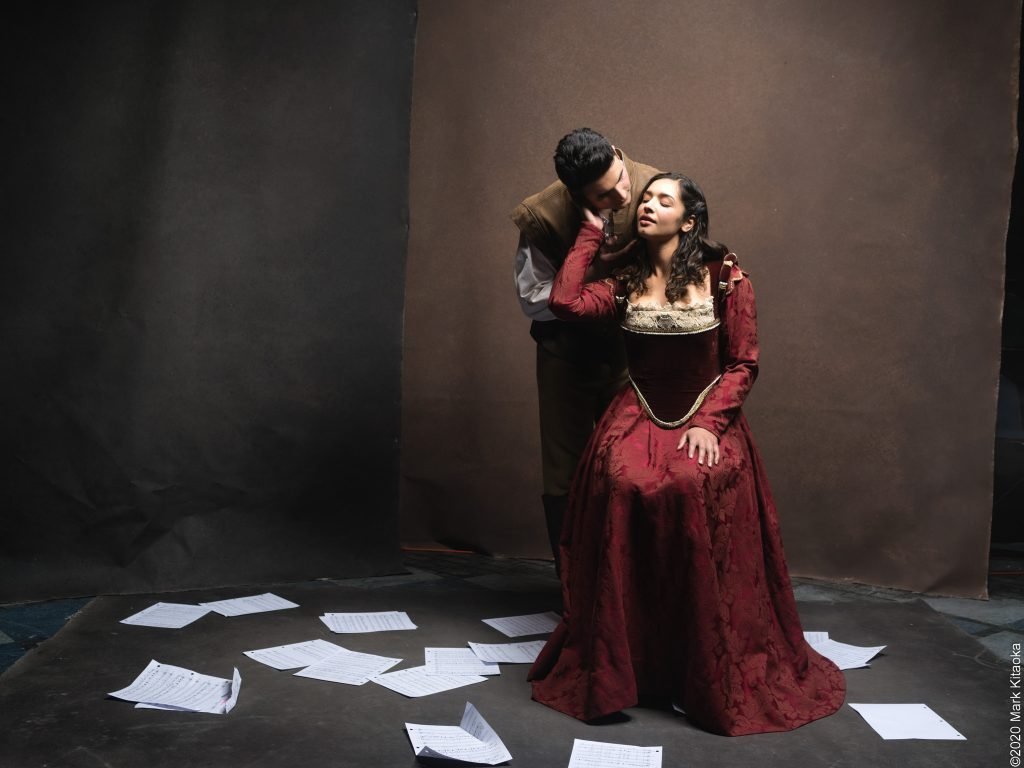 My whole point of this post is to highlight creativity, planning and imagination in developing imagery. Do what is right for you or for you and your client. Don’t be afraid to try things that work for you. Stay away from the naysayers, how many times have you seen their body of work beyond shitty ‘test shots’ anyway? Crickets? Exactly my point!

Imagination and Improvisation – How to REALLY Improve Your Photography

This small tutorial has little to nothing to do about camera gear. I’m on a bit of a rant these days about photo forums. The inane banter that goes on there does little to help photographers who wish to improve their craft. In most cases I find the loudmouths are have to be right trolls and there simply to be….right. At least in their own minds.

For seven years I taught men and women how to navigate their motorcycles around California racetracks. I’d hear similar things like “Oh if I buy these pipes/Powercommander/520 chain/blah blah blah it will make me faster.” Invariably those same individuals would leverage their credit cards to buy the latest titanium bits to lighten their bikes. Did their lap times fall….uh not much if at all and why? Because they’d rather BUY and brag about their gear than learn and practice. How about getting in better cardio shape and losing 15 pounds instead of spending thousands on titanium parts to save 5 pounds of sprung weight? How about listening and implementing what your instructor/coach is telling you instead of justifying why your BIKE is holding you down? Oh well….

So if you’re looking for the latest MTF chart or DxO results here, do yourself a favor and close this browser window now. Occasionally I may mention the type of camera I was using and WHY, but beyond that this article is all about improving your imagination and ability to improvise at will. And in my work, that’s what separates the men from the boys. (No offense to women, you often already practice those qualities…but like most things there are exceptions!) There’s a big difference between TAKING or CREATING a photo…