I really love the Broncolor Para line of modifiers which allows you to adjust the light from full to spot by simply pushing the strobe in or out of the parabolic modifier. BUT it’s 4700.00! So I improvised and rigged up my Westcott Zeppelin to do the same thing.

The Zeppelin has a zipper at the bottom of the modifier, so you can put a light up into the modifer and move it back and forth. BUT since I tend to move my light around quite a bit during any given session having to move TWO lighttands is a pain in the you know what. And I cuss enough even when things are going great. 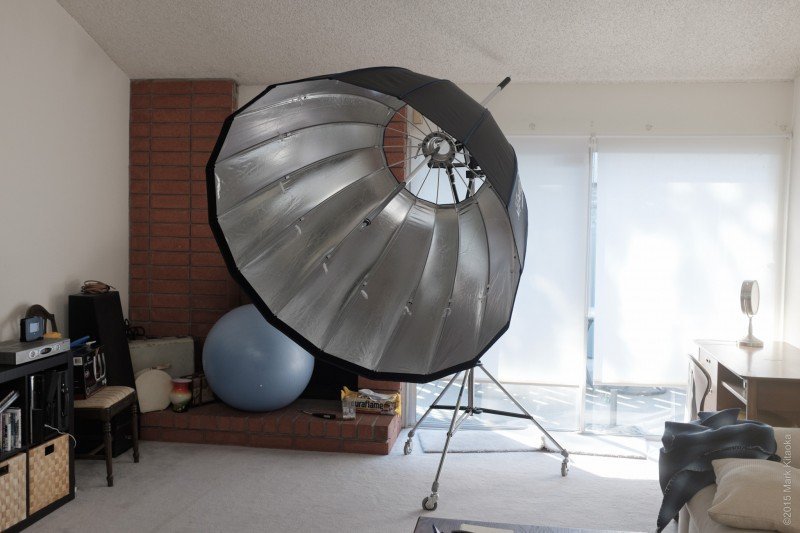 At the end of the boom I will install a PCB Einstein using their on axis ring normally used for their PLM line of parabolic umbrellas. This allows me to place the strobe dead center in the modifier.