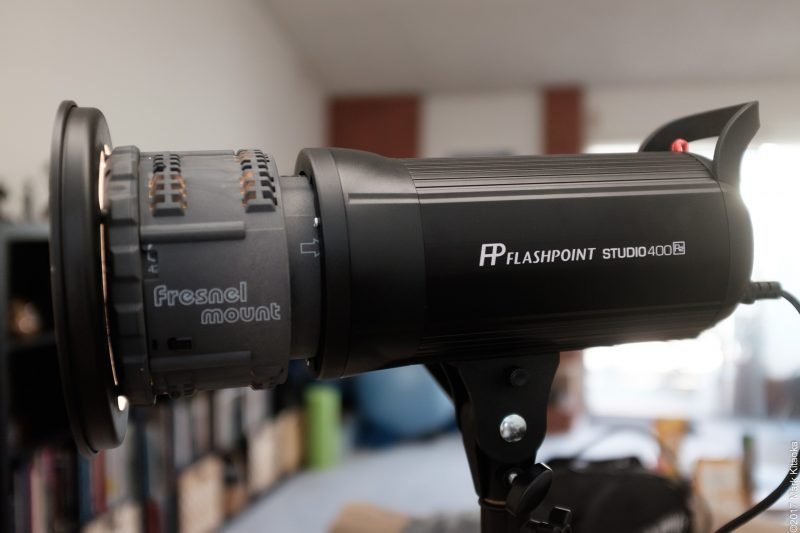 These are my initial impressions of the Adorama’s FP Studio 400. SERIOUSLY, $119.95 for this studio strobe? Seriously? When I was starting out 14 years ago I was excited to buy the PCB Einsteins at the ‘pre release’ price of $429.00. Sure it has 640ws of power, great t:1 performance and customer service second to none in the industry. But back then I was just starting out and counting pennies or maxing out my credit cards was the order of the day. I had a day job as a suit, but two kids to put through college. Plus I needed to purchase his plug in Cybersync receivers to control the Steins remotely.

So when I received the FP Studio 400 I didn’t have very high expectations. First off it’s a corded strobe and I’ve moved almost completely to cordless self-powered units. Because I almost always shoot with multiple strobes, on booms, in high positions, on location, blah blah blah so the freedom of being cordless is what I want most often. BUT in studio I do miss a bright modeling light whenever I’m using my gobo modifier with steel gobos. Those suck up light like no body’s business and an LED modeling light does very little to show me if the gobo is in focus or where the pattern is landing.

The unit is made out of plastic with the LED panel and controls at the back. Although I prefer to have the readout and controls on the side, it really makes little difference since everything you want to know is on a R2/X1 readout on the transmitter. The one thing I was very interested in determining is if the Bowens mount fit all of my modifiers. It does and in a tight manner. As a matter of fact one of my favorite modifiers, my Fresnel head fits onto the unit very well. I was a bit concerned that the length of the modeling light would not allow me to use the Fresnel head in its widest focus which is pushed all the way in. It does so without an issue. And my gobo modifier is very happy when I use this strobe since the modeling light works well.

Does it perform HSS? Yep it sure does! Tested using an R2 transmitter on my Canon 1DXII it worked all the way up to 1/8000th without any banding. No TTL, but I’m not a TTL guy anyway. I still cannot get over that this strobe costs what I would spend if I bought lunch at 5 bucks five days a week for a month and a few cups of coffee on the weekend! So for anyone who is starting out shooting in studio or people who need an ‘extra’ strobe, this is the one I would choose. The value/cost/features of the light is incredible! 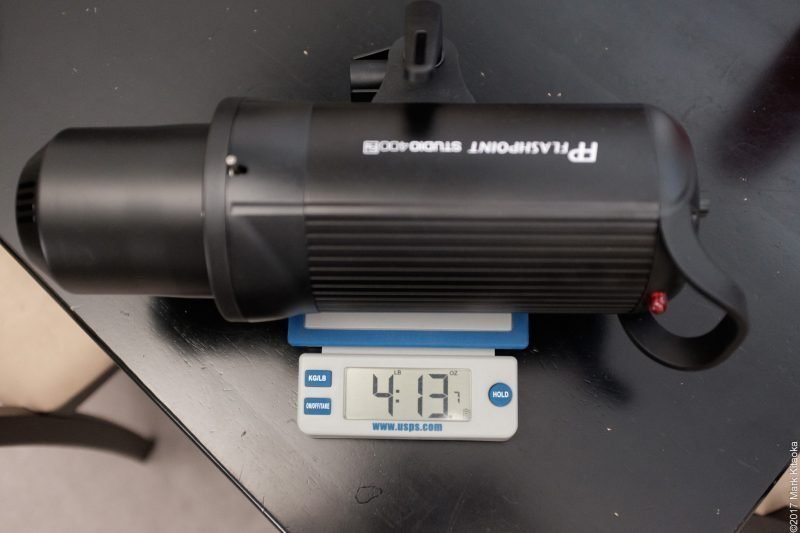 This thing is LIGHT! (no pun intended) at 4 pounds 13 ounces that’s damn light. 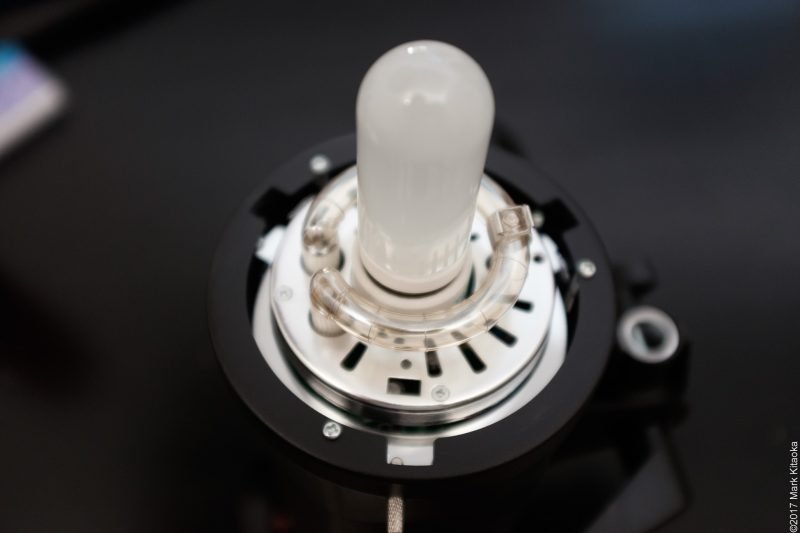 I’ve read some people have complained that the modeling light bulb is long so it requires a long cover. That’s true but I’m buying a different bulb off of Amazon to cure that. 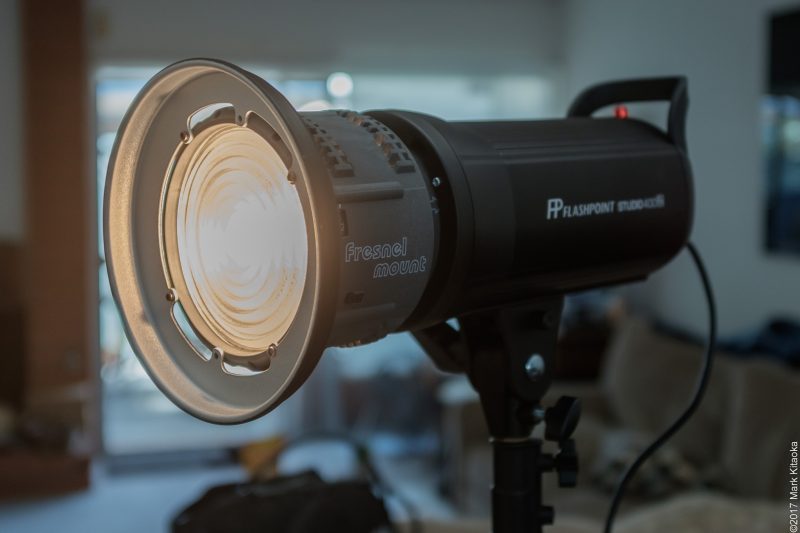 Very happy that my Fresnel head fits on the strobe even in it’s fully flooded (wide) position. 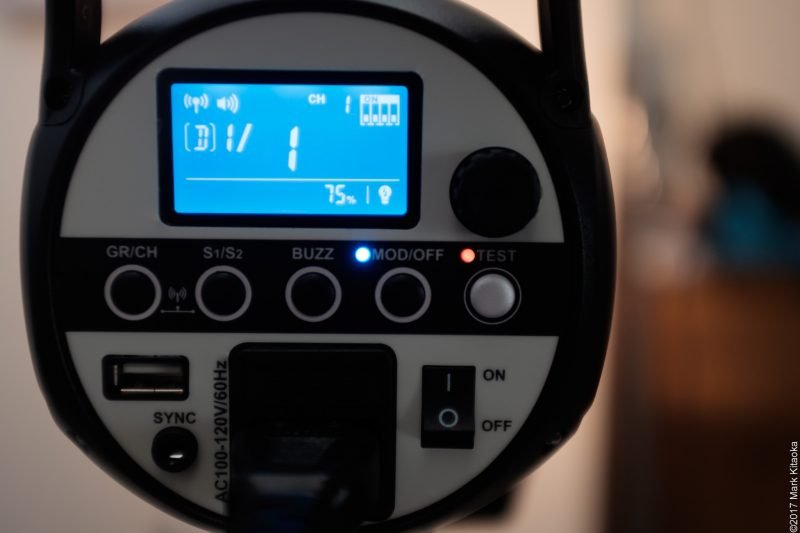 In the lower right hand corner you see 75%. That’s for the modeling light. It can be adjusted from Off to Full to Proportional (based on how much power you select for the flash) or a percentage you select. In this case I just selected 75% 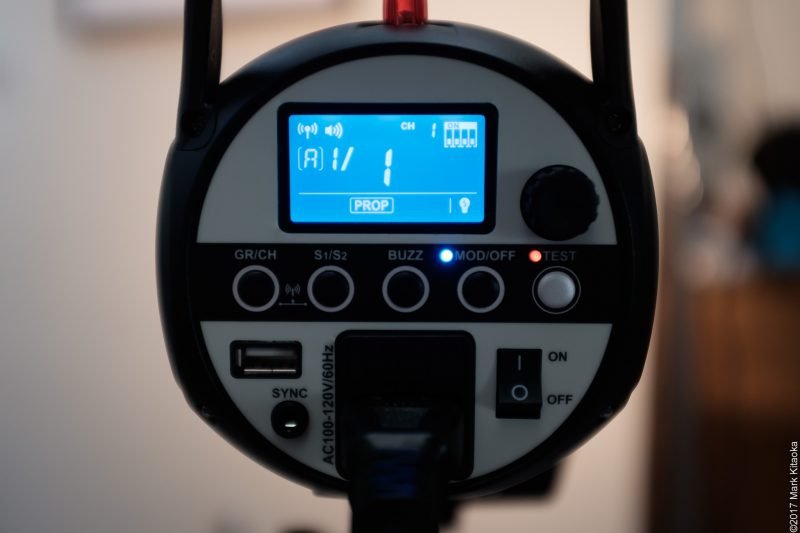 Here you can see that the modeling light is set to Proportional. 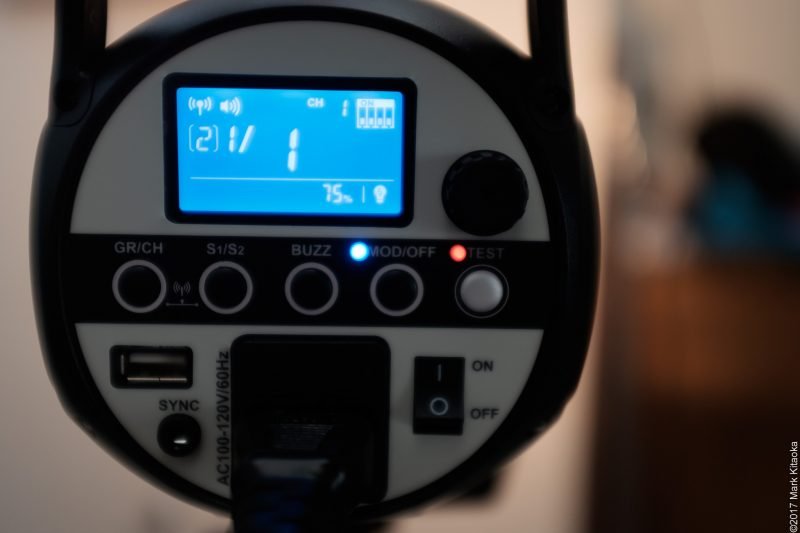 If you notice in the upper left hand corner the Group I have it set to right now is “2” Unlike the xPLOR600S and the eVOLV200S, these can be set to groups A-E or 0-9! Now I have to figure out how to use those extra groups on my transmitters. I believe the only ones that can be set to numeric groups are the older Godox XT-16 transmitters….hum….

So this weekend I will be able to test this light’s stopping performance during a dance session. Stay tuned…