Light and Atmosphere on Location

I was recently hired to do an on location session for a Seattle Theatre company which needed publicity photographs for “Assassins” which is a play about those who have attempted or succeeded in the assassinations of US Presidents. My primary questions whenever a client asks for imagery is always “What is the mood I’m to create?” In this case the client’s response was “gritty and dark.” 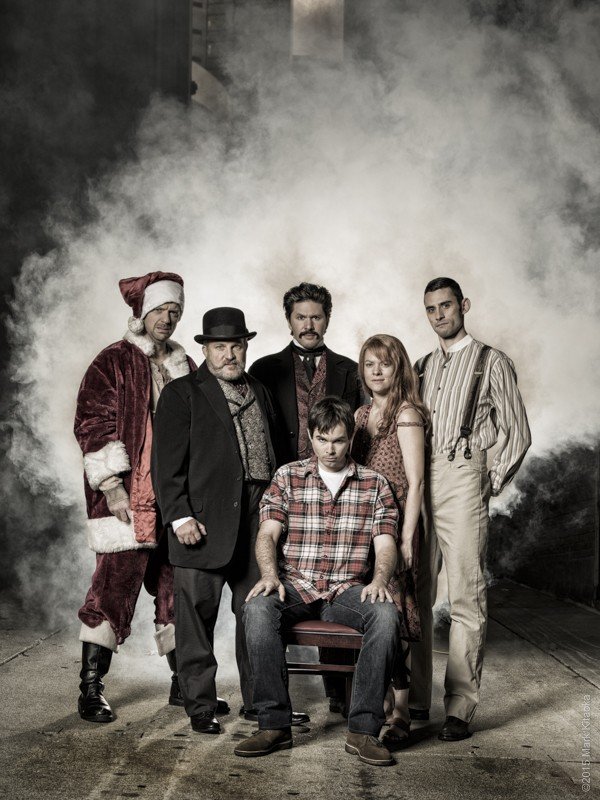 All of the ‘assassins’ in their group photo. Smoke machine behind the talent with one coned strobe behind to illuminate the smoke. Key light is a 64″ parabolic umbrella high camera left. 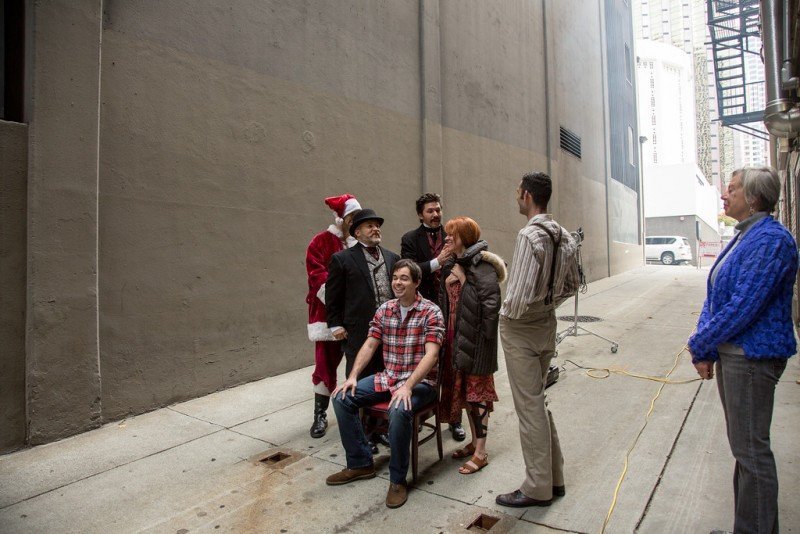 Getting ready for the group shot.There are always a ton of restrictions when shooting for a client. In this particular case I had two hours to shoot six different scenarios with the talent, the money shot they were seeking was a group photo of all the assassins. This calculates out to 20 minutes per person which would include the group shot. The second restriction is where I was to conduct all of the sessions, which was the alley just behind the theatre. Moving the talent/hair/makeup/wardrobe further than the location just adjacent to the theatre was out of the question based on time and expense. 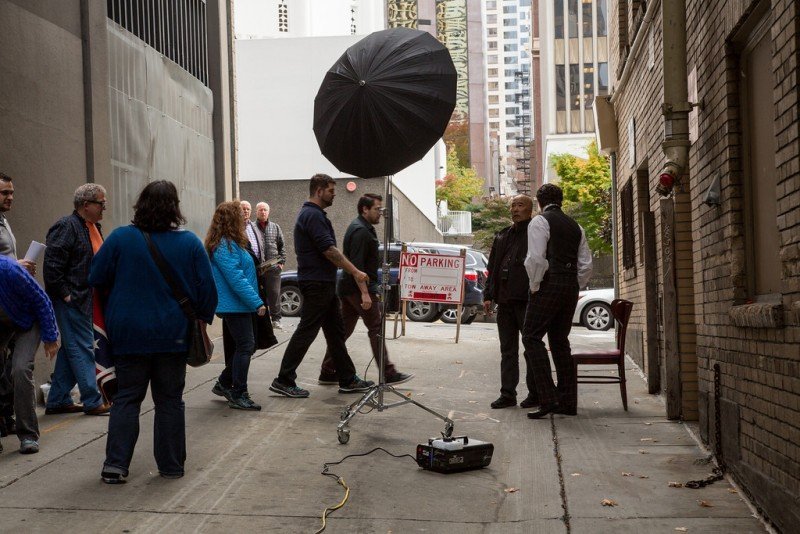 This is the alley where all of the images where shot in the two hour time span. As you can see it’s certainly not night.

I had been through the alley on many occasions, but determining different locations in the same 300 foot space is not an easy task. I knew that I wanted to add atmosphere to the environment so I inquired about using the theatre’s smoke machine. Due to union rules I could not use their unit so I checked my own smoke machine in airline checked luggage. In addition I knew that creating the look of differing areas would require me to use a light gobo which I have fabricated to use with my strobes. The final element is I wanted each shot to appear as if it were nighttime or the inside of a building. My time slots for each shot was just past mid day so using various ND filters would solve the problem of high ambient light.

In my world that isn’t a reality. One assistant and only hours to scout a location is my normal operation. I walked the alley the night before the shoot to determine how it actually looks in the evening. I don’t use a large assistant group and in this case I only had the evening before to scout the location and determine what gear I needed and where it would be lit. I often marvel at BTS videos of other photographers who have the luxury of four to 10 assistants and days to scout locations.

For all of these shots I used a variety of light modifiers including my fabricated gobo modifier for patterns and some PCB PLM parabolic umbrellas. I avoided diffused light through scrims as I wanted a harder more specular look for the images. All of the images were shot with a Pentax 645Z and the strobes used are my go to PCB Einsteins. 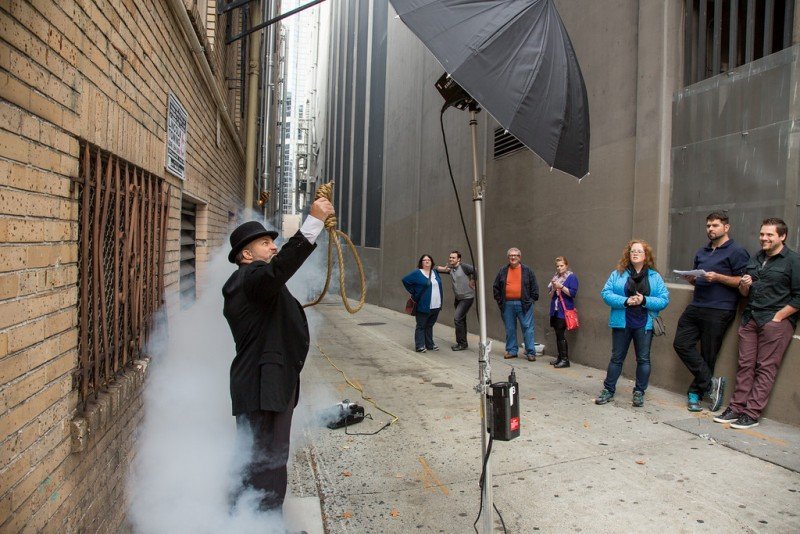 BTS of the final image above. 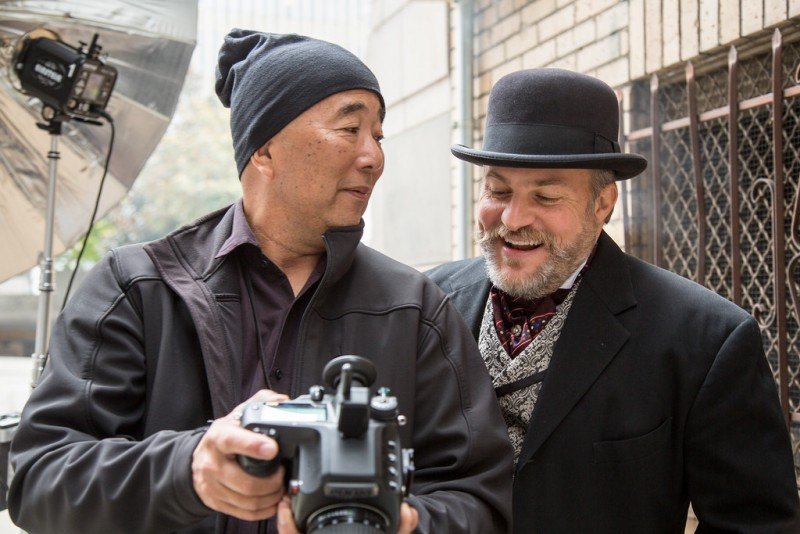 Showing the talent some of the shots. 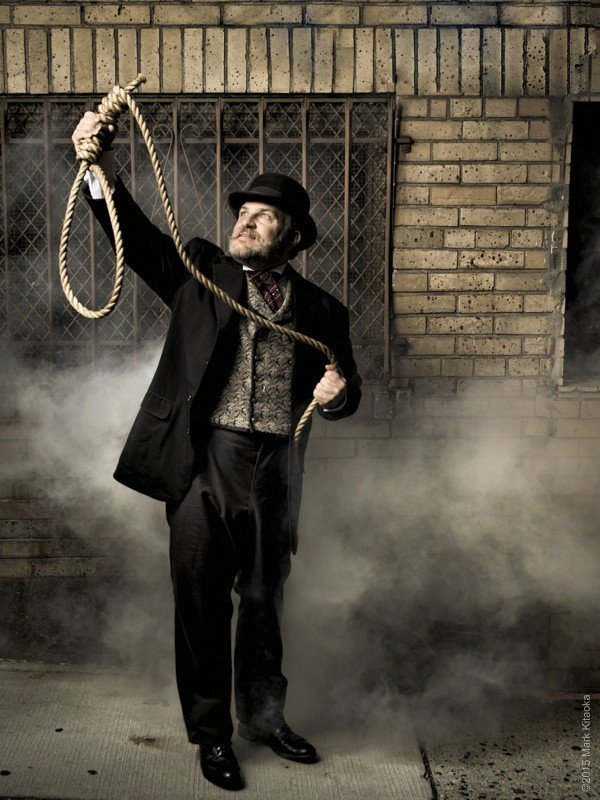 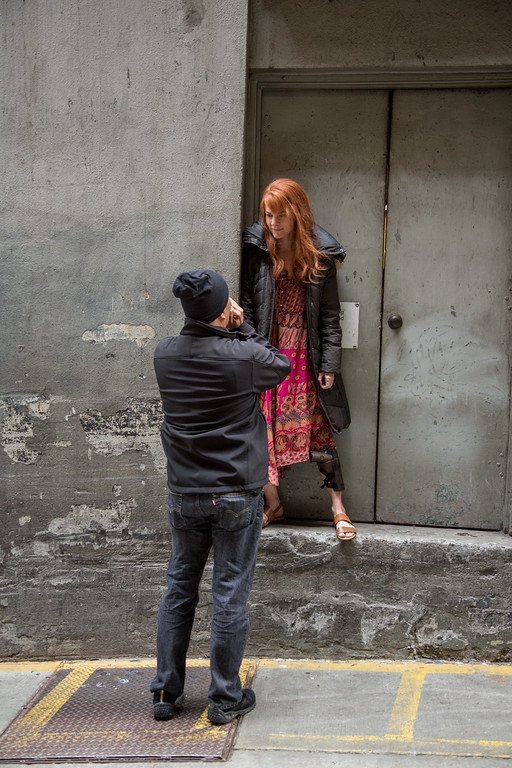 Going over the mood of the shot with Laura. 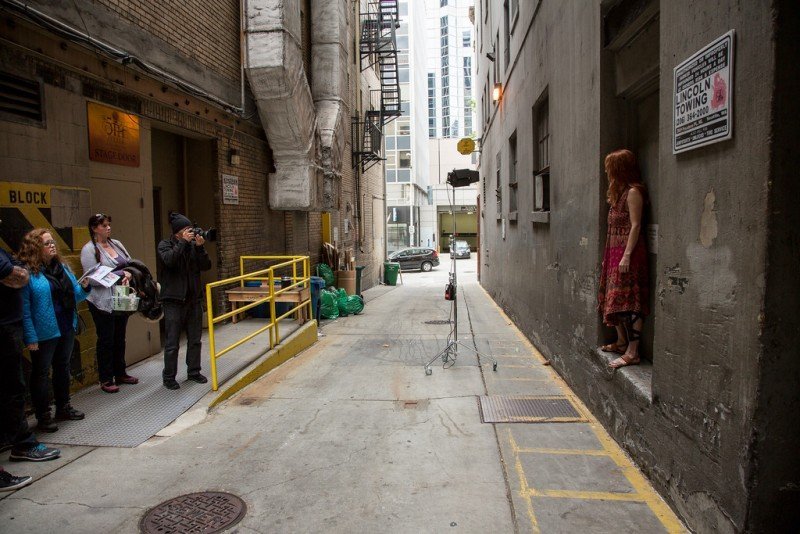 Using a 7″ coned reflector and barn doors to light this scene with Laura. 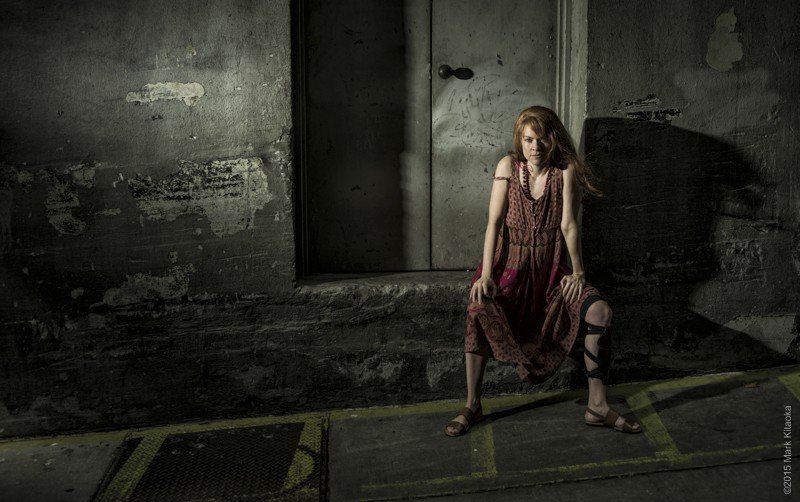 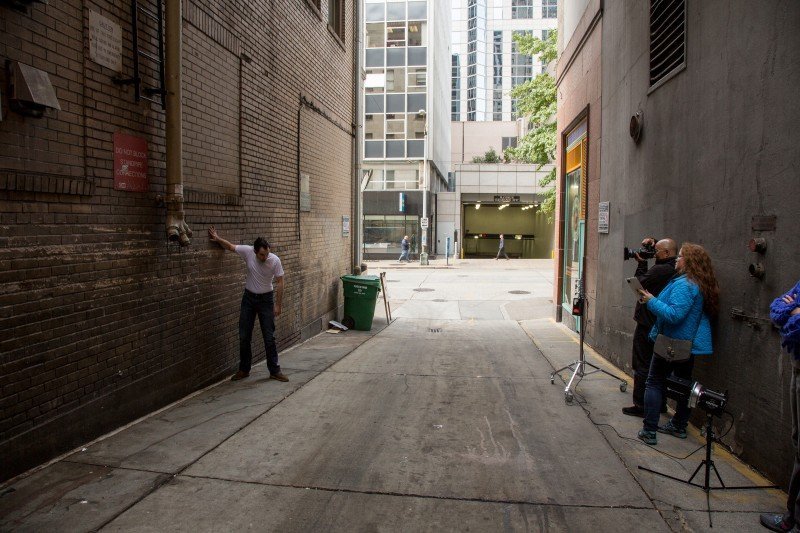 You can see the strobe with my gobo holder at a low angle with a window gobo to give the illusion of a window on the wall. 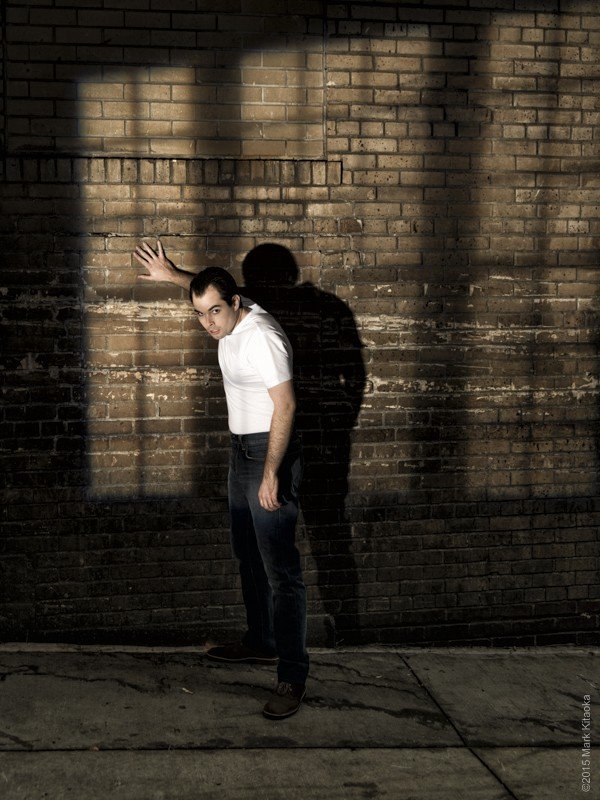 Lee Harvey Oswald Gobo windows with Einstein strobe placed very low camera left. By placing the key light low it appears that he is at an elevated position. 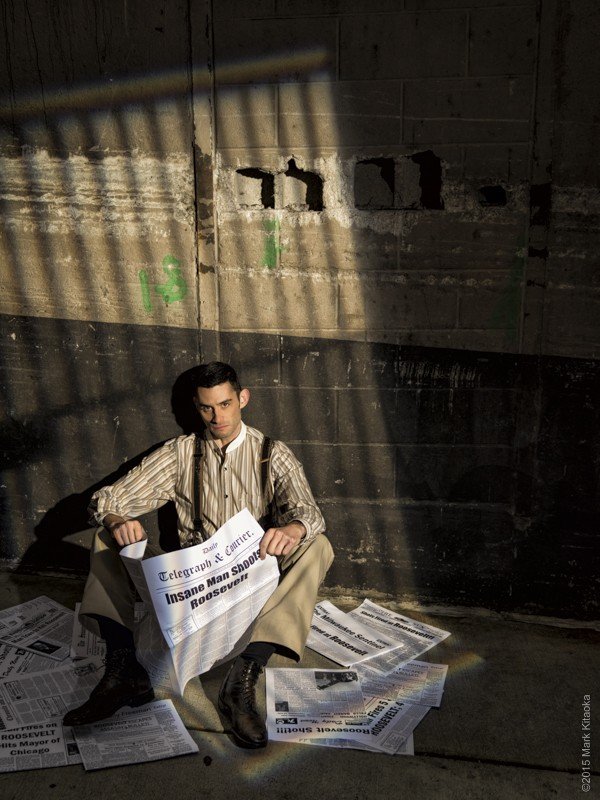 Giuseppe Zangara Jail gobo used with Einstein strobe camera right. I wanted him to appear as if he is a jail cell reading the headline of his crime. 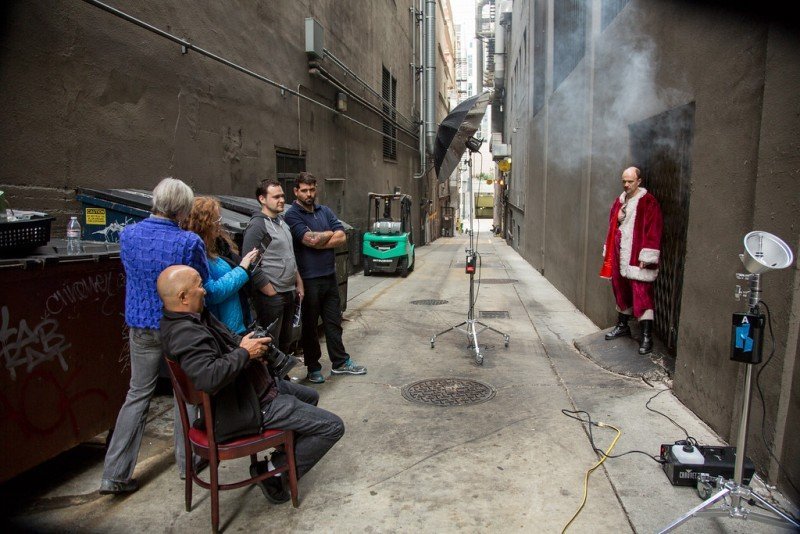 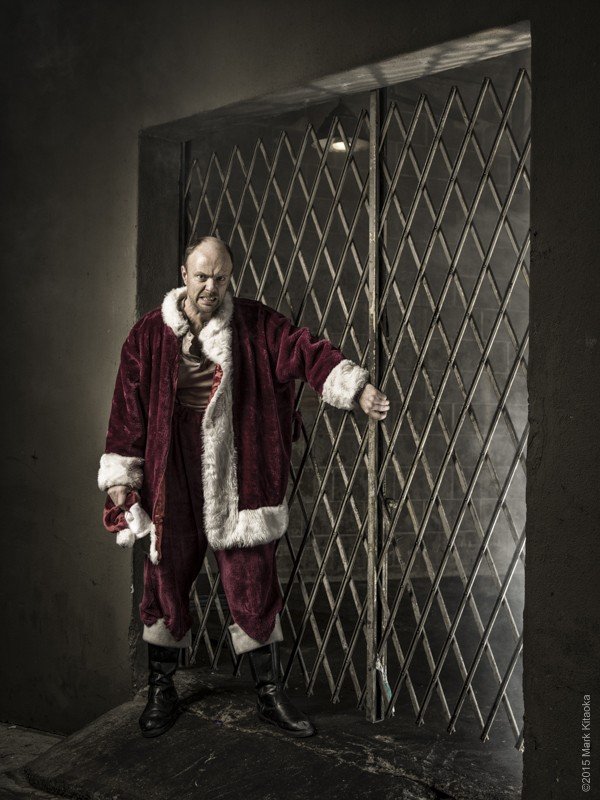 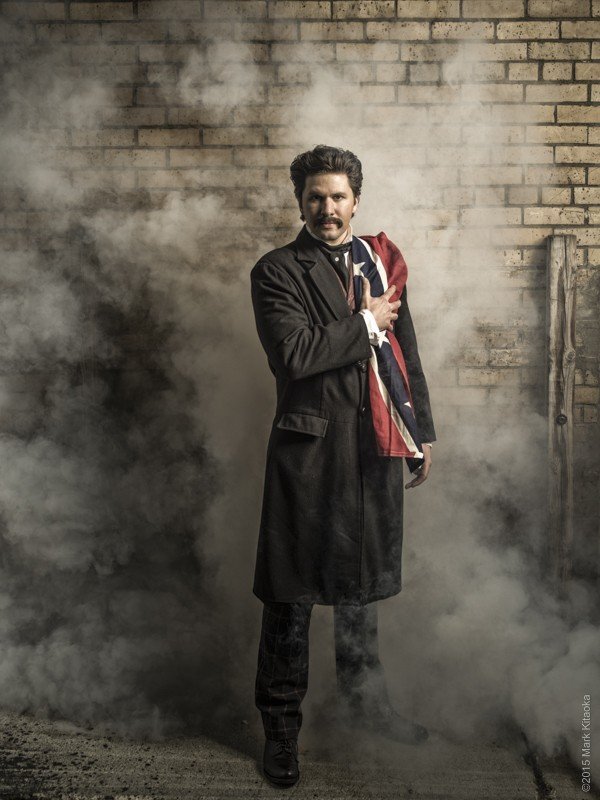 lighting on location On Location

2 thoughts on “Light and Atmosphere on Location”