Throughout my life other men I’ve known often talk about “The Unicorn” which in my circles means a woman who like the mythical horned creature exists only in fantasy. Too good to be true, too wonderful for reality yet an entity we all wish and hope is true.

Three years ago I was hired by a ballet company in Dallas, TX to create some promotional imagery for their troupe. It was at that time I met Christy. A bubbly positive young lady who like her fellow dancers is incredibly athletic and talented. I’m fortunate to meet so many talented artists and at first Christy fell right into that category to which I’ve become so accustomed. And believe me, I know I live a charmed and blessed life.

We shot in the heat of Dallas summer and I noticed almost immediately her attitude and behavior during those seven sessions at different locations throughout the day. Positive, happy and always willing to try whatever crazy ideas we came up with on location. Never a negative word, a complaint or rolling of a single eye….hum, “could this be a Unicorn possibility” was my initial thought. “Naw it must be because I’m hot, sweaty and hungry!” was how I thought about her Unicorn possibility….

A year later I returned to Dallas and photographed four of the young women I had shot in our on location shoot. I had found a studio in Dallas with a cyclorama wall and a smoke machine so we all ventured into a collaborative session. And once again even with some mishaps (which happens in all sessions!) Christy was calm, cool and positive. So I asked one of the men I know who knows Christy well, “Is she really that good dude? Have you EVER seen her bitchy, crabby, negative, you know the REAL Christy the one I don’t ever see?” His reply? “Nope, not ever. I’ve seen her get her feelings hurt and it makes my heart melt and I want to pummel the person who does that, but nope that’s it…seriously!”

For a personal project titled “Moments of Power” I wanted to bring four of the women to San Francisco to do a ballet shoot in and around different venues in my town. About a month before our session, Kaitlyn, one of the ballerinas was in the Bay Area visiting friends. So I contacted her to share some lunch. During our lunch I blurted out the question, “OK Kait, so is Christy REALLY AS NICE AS SHE SEEMS?! No holding back, tell me, when she’s tired does she get crabby, bitchy, ANYTHING??” Between bites of her breakfast Kait looked around in thought and then said to me while looking me squarely in the eyes “Nope not at all.” 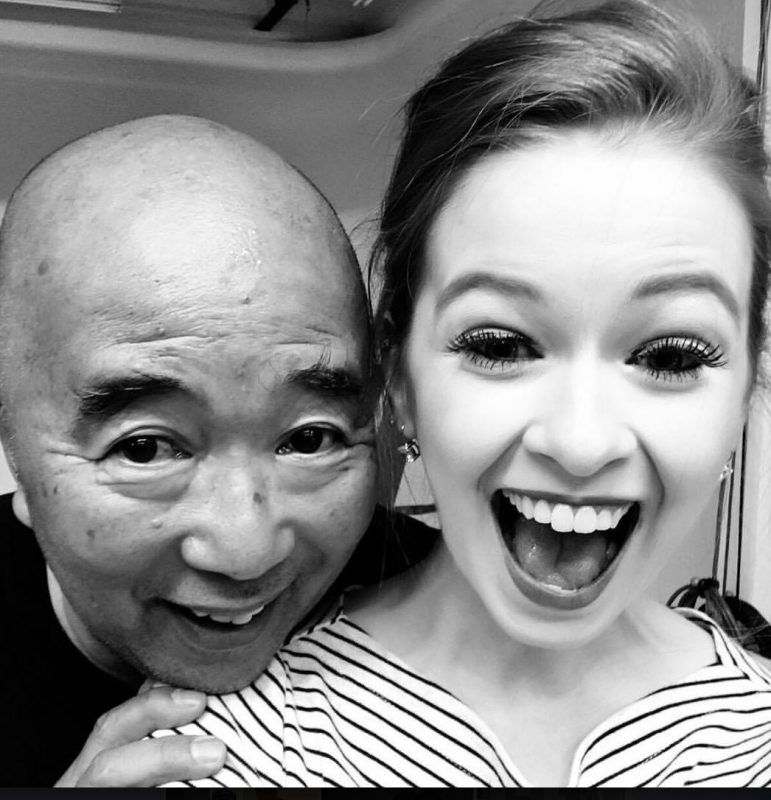 Me and the Unicorn

So a week later the gals showed up and we trudged all around the Bay. From the deep sand of Pescadero State Beach, to Fitzgerald Marine Reserve to the Marin Headland and finally to Land’s End and Sutro  Baths. It was COLD windy and many other things that are not pleasant. All of the young women were real troopers, but I watched Christy and she was actually ENJOYING the adventure. As we drove from place to place was she constantly on her mobile device? Nope. Was she chattering incessantly? Nope. She was simply looking around at views she had never seen before. When I took the girls to my favorite Japanese restaurant did she squeal about the food choice? Nope, as a matter of fact she tried things she had not tried before, with enthusiasm. I could go on and on, but at the risk of sounding (and being) a fan boy I won’t. So now in my lifetime I have known two Unicorns, yes TWO. They are rare indeed, so if you are fortunate enough to know Christy, count yourself lucky.

To sum things up when my handsome son asked me about Christy, my response? “Sorry son, Christy’s too good for you…..”