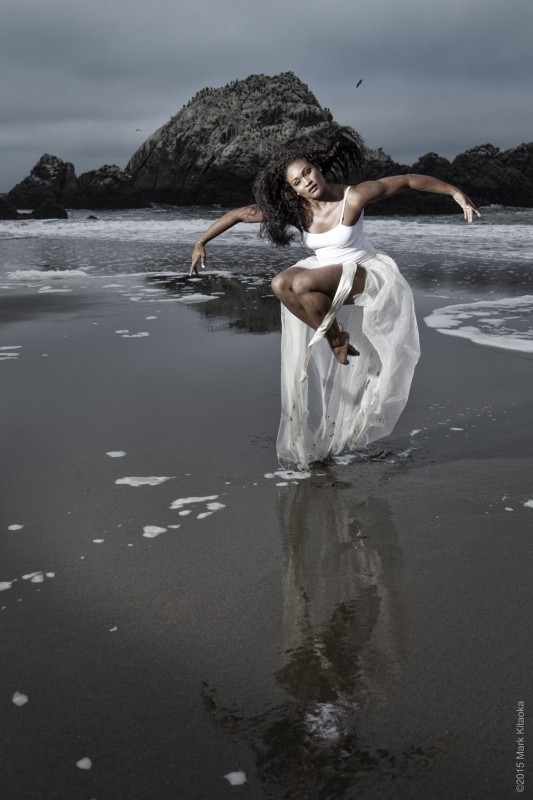 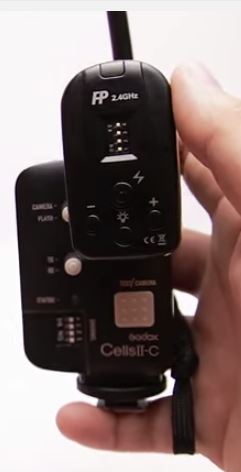 The sessions did not go without some angst. One of my Rove’s would not fire consistently and it became frustrating. In one case I replaced the Rove with one of my Streaklights as to not interrupt the flow of the session. I was able to do so because the session was later in the day when I did not need the power of 600WS. I will test that Rovelight further to determine if it is the CellsII-C trigger or the actual Rove. In addition adding smoke to a shot in windy conditions and trying to ‘control’ the direction of the smoke is akin to herding cats! What was I thinking?!

I’ve explained each of the images below in regard to what was used for the shot. All in all I am very pleased with the performance of these light separately as well as in combination. More to come. 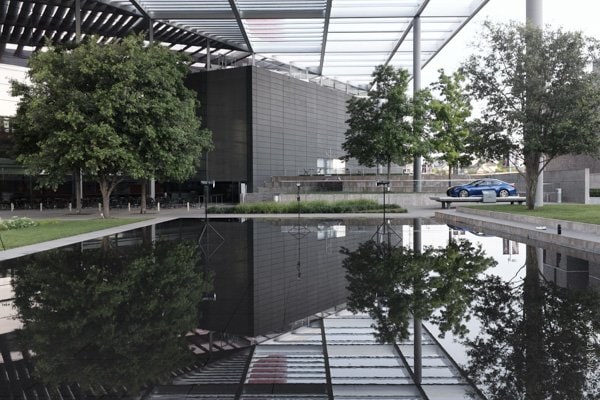 How the infinity pool appears with natural ambient light. This was around 7:30am CST. Two Rovelights with two Bowens Maxlite reflectors and one Streaklight 360 was used for this shot. 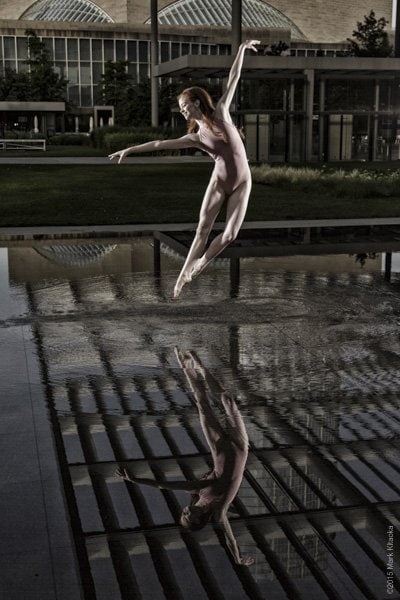 As you can see using two Rovelights with two Bowens Maxlite reflectors  facing one another to give the dancers a rim light and one 360 as a backlight to illuminate the water texture proved effective for this shot. 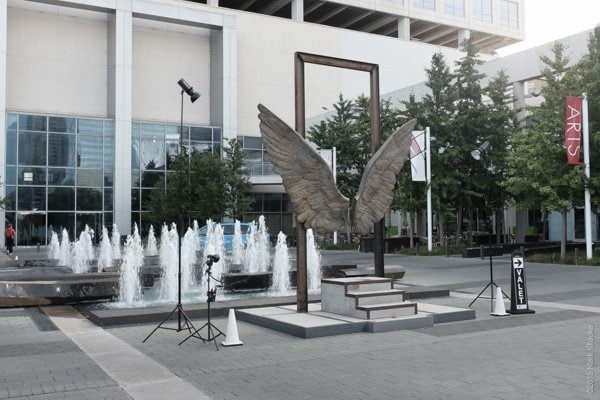 How the ‘wings’ appear in natural ambient light. Two Rovelights with two Bowens Maxlite reflectors were placed to illuminate the wings and the talent. The AD360 was used to light the water spouts. 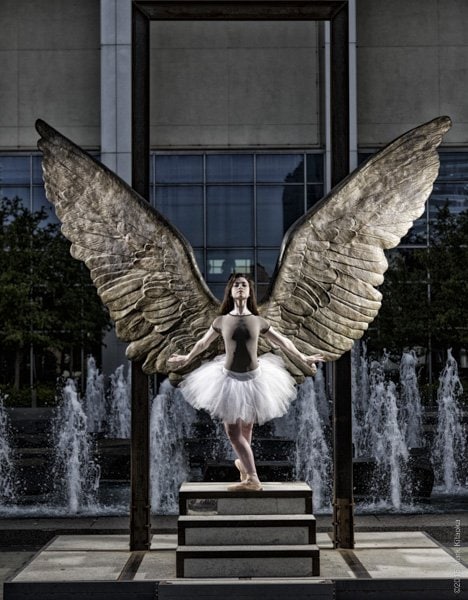 The final shot of the talent in front of the wings. 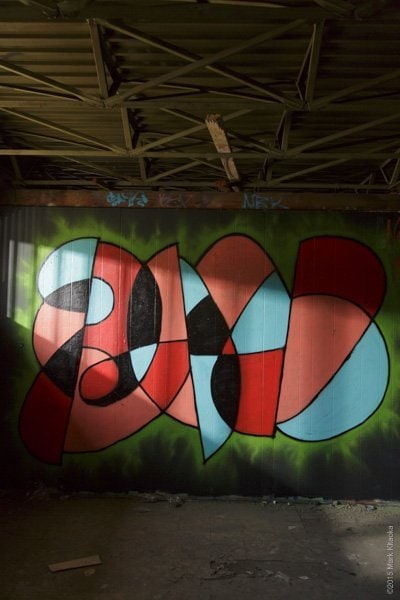 A very small room in the graffiti room. I wanted some dramatic light here, so I decided to place one Rovelight outside the room shot through the only window to create a diagonal beam of light. No modifier was used on the Rove to create a defined shadow and beam of light. 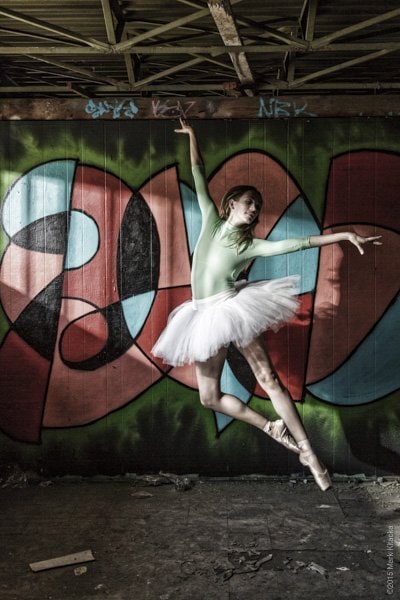 Final shot of the ballerina as she jumped in the beam of light. 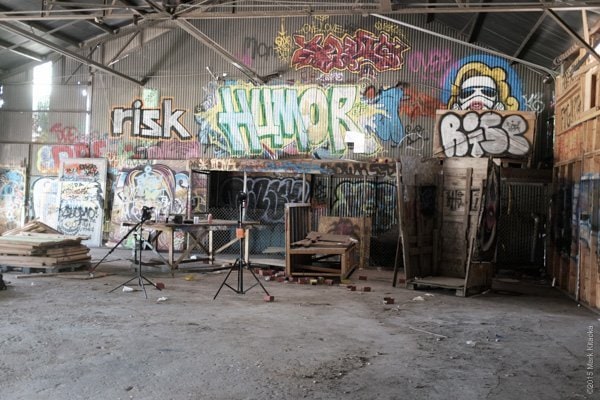 An extremely cool graffiti barn as seen with natural ambient light. Because this was indoors I used two of the bare bulb 360 units, one a Godox the other a Streaklight. The key light was placed above the wooden box to the right where the talent posed. I used a gridded cone reflector for the key light. The second 360 was place about 30 feet away from the box pointed toward the Humor word but pointed at the ground. I wanted some illumination to the background and to cast shadows on the floor. 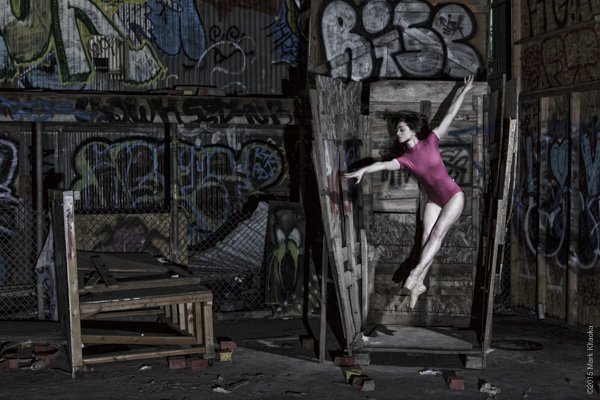 Final shot of my ‘ballerina in a box’ concept. 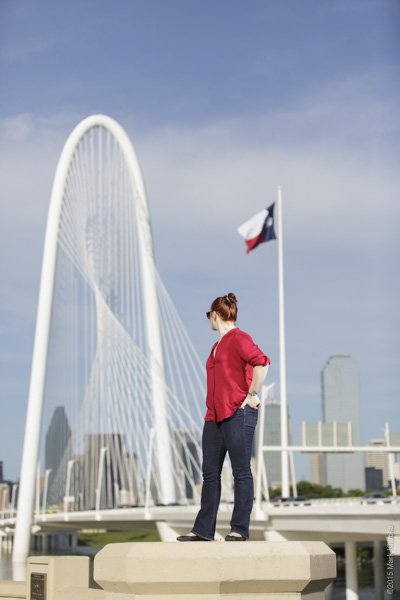 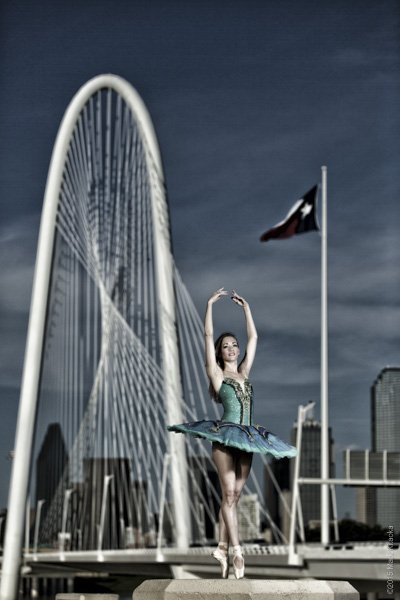 The final shot using a single Rovelight in HSS at 1:1 power. As you can see its ability to reduce ambient in bright light is remarkable. It was damn bright there and the AD360s just would not have had enough oomph to overpower the ambient in the manner I wanted. The right tool for the right job…. 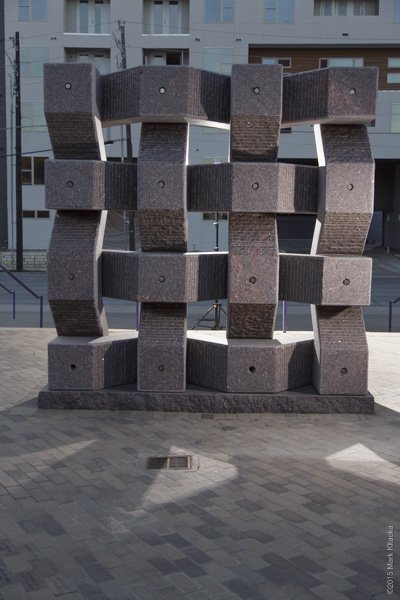 An incredible sculpture at the Latino Cultural Center in Dallas. It was later in the day and the sun was behind the buildings in the background. This was a test of the Rovelight’s ability to illuminate the smoke from my portable smoke machine. Having high wind made for a VERY difficult shoot here with the smoke. 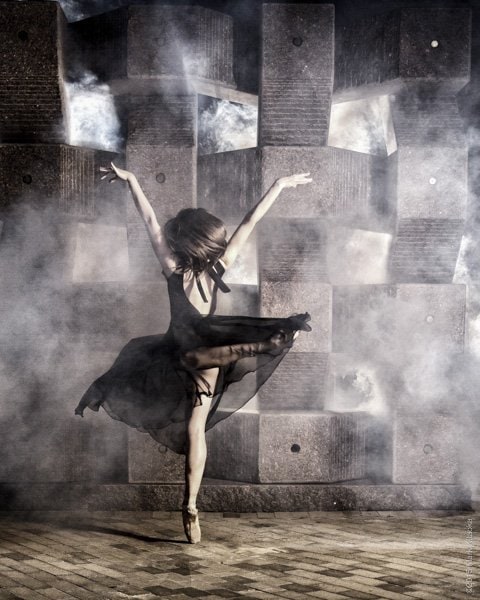 Final shot with the talent, the smoke and the light. Because I was having difficulty with the Rove triggering consistently, I ended up using two 360s, one for the smoke illumination and one as the key light for the talent camera right. And NO the smoke was NOT added in post, but in camera.