Why I love my ebike 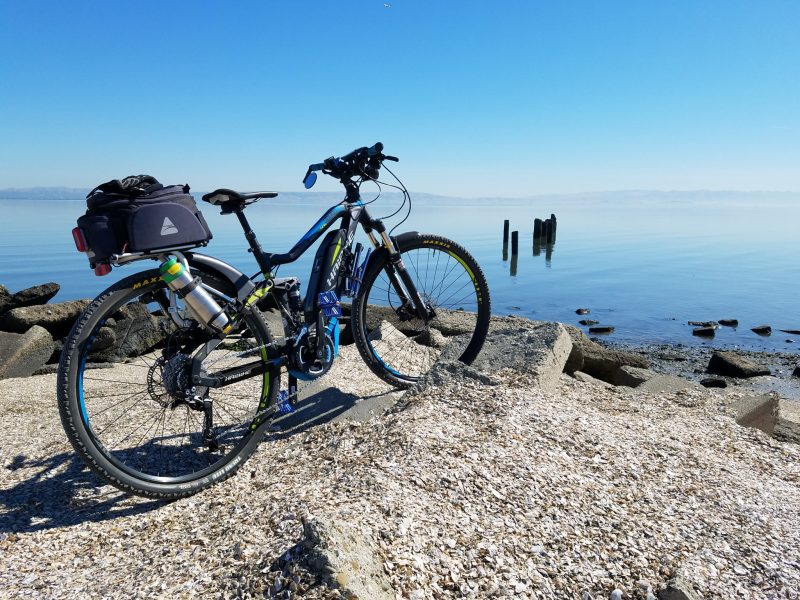 Four flats in 1200 miles….is that normal? Well I found that the OEM tires that came on my Haibike Sduro Fullnine RC were light, but fragile. Schwalbe Racing Ralph Performance, 29 x 2.25 pinched the inner tube like nobody’s business. Granted I am far from a hard core MTBer, but since I raced motocross for many years I love to bomb downhill when the need arises. It seems that that’s when it happens, a flat. Front, rear it doesn’t seem to matter. So I switched to Maxxis Tread Lite Dual Compound EXO Tubeless Ready 29er’s. Much more robust sidewalls and the tread pattern is more suited to the type of riding I normally do. Hard pack dirt covered by gravel, pavement and some sand. The Tread Lites are not full blown MTB tires, but then again I’m not hard core MTBer. I believe in using the right tool for the job at hand. I laughed when I raced a Honda RC51 because I used Dunlop slicks and when talking to street riders they wanted to know why I would not run slicks on the street. Enough said…..

I continued to run tubes in my Maxxis tires and guess what? More flats. So I switched to tubeless by converting my OEM rims to tubeless ready using:

Not including the tires the conversion is about fifty bucks. I still carry a tube in case I get a flat out on the trail, but being able to run much lower air pressure when needed and only worrying about large cuts in my tires is much better. How hard is the conversion? Easy!

On December 23 2016 I purchased my Haibike Fullnine RC from Motostrano in Redwood City and took delivery seven days later. With 1100 miles on my bike I can safely say that it’s one of the best purchases I’ve ever made in my life. That includes umpteen motorcycles, handguns, knives, cameras, etc. What makes it so different is that whenever I ride I feel like a 12 year old kid who is getting away with something for free! No matter how foul a mood I’m in or how tired I may feel, once I get on “Sofia” and begin my ride I forget about all of the shit that put me in a bad mood. It’s the same feeling I use to get when I would smoke. I’d go outside by myself and literally “Zen Out” while I smoked. I’d have some of my best ideas about photographic concepts while smoking. Giving up smoking literally paid for Sofia after ten months! I don’t have a regular commute and I live in an area where I only have to ride 1/2 mile to get to the wonderful Bay Trail. Yeah I’m a lucky SOB, but I’ll tell you, it’s literally changed how I look at life now. Go figure! 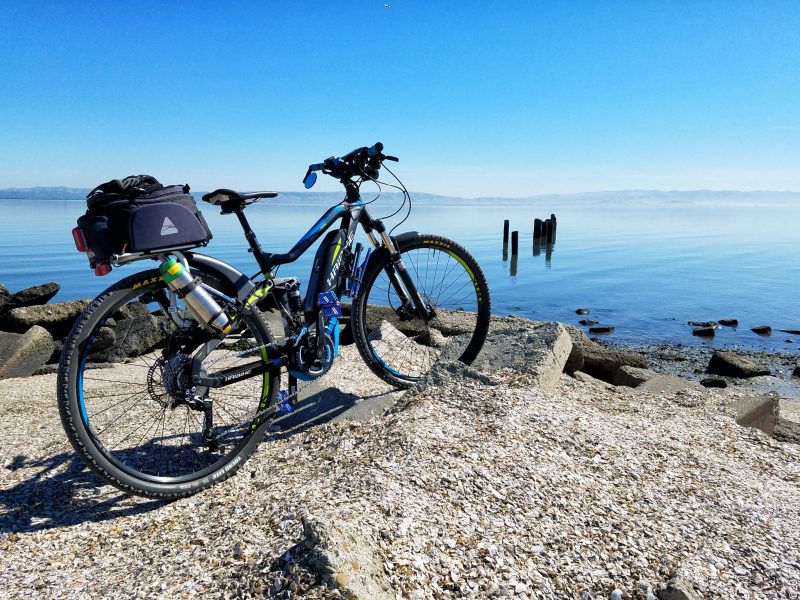 I ride my Haibike Sduro Fullnine RC almost every day. I don’t have a ‘daily commute’ so I ride for pleasure or for errands. That includes fire roads with steep hills, paved paths and street riding to do errands. Sometimes I need navigation to assist me so I use Google Maps which has a bicycle feature which takes me on routes I’ve never done in a car. Well Duh Mark of course since I’m on a bike. I searched long and hard for just the ‘right’ mounting unit for my cell phone (a Galaxy S7 Edge) to mount to my bike’s handlebar stem. You see I want my unit in the landscape position and most of the cell phone mounting solutions are for your handlebar and in the vertical position. I’m not using my phone for anything other than navigation on my bike. Here’s what I found is the best for my needs, a Sahara Sailor Phone Bike Mount. It fits perfectly on a head stem and holds a phone very securely. I highly recommend this unit. 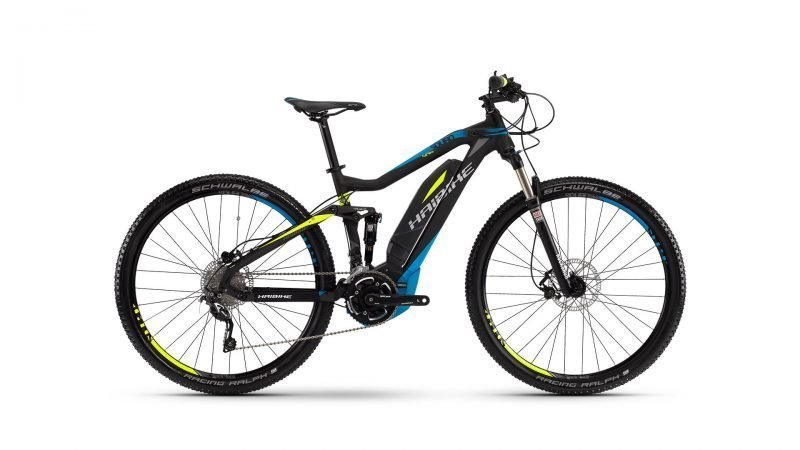 I never mean to be an early adopter, but tend to be so with new strobes. Lighting is developing much more rapidly than cameras or lenses. But this is about a new passion of mine, riding my ebike, a Haibike Sduro Fullnine RC. Ebikes are new to the US and relatively unknown, yet are popular in Europe where using any type of bicycle for transportation is mainstream. I began my interest two years ago when I noticed a Kickstarter campaign for an eMTB called the Flx bike. At 1399.00 USD it was ‘affordable’ enough to interest me, yet since I had been burned by two crowd funding campaigns I was not excited enough to commit 1400 bucks with the chance I would not get shit. You should know that they have delivered on their product and many of their owners are thrilled with the product.

In the Fall of 2016 I was vacationing in one of my favorite locations, Avila Beach, CA. Across from my hotel is Pedego Avila Beach  which is an electric bike dealership. Upon entering the store Glenn, the owner asked if I had ever ridden an ebike. When I replied “No” he said “Well we’re gonna change all of that..” and immediately put me on a Haibike hard tail mountain bike. Just outside of his storefront are two hills just like those in San Francisco. As soon as I began peddling up the hills I WAS SOLD. A mid drive, centrally mounted battery made the Haibike feel just like a normal bike, but with power that made me feel like Lance Armstrong with blood doping to the max! So I told myself that I would buy one right away.

Upon returning home to the Bay Area I found a local dealer, Motostrano in Redwood City. So I purchased my bike from Joe at Motostrano since he was running a killer sale in December. In March of 2017 I had saved enough money by quitting smoking that it paid for my Haibike Fullnine RC!

You can read all about ebikes online by searching along with all of the haters calling ebikes “Cheaters.” But just like all things such as ATM cards, snowboarding, digital cameras, chairlifts (yes there was a time when you had to WALK UP THE HILL to ski), ABS braking, etc. humans always resist what is ‘new’ and out of the ordinary. It’s really all about fear, fear of change fear of the unknown, fear of something new. So often it’s negative talk from those who feel they are the ‘purists’ like skiers who didn’t want to share the hill with new snowboarders, film photographers who felt and still feel digital photography lacks ‘soul’ or now mountain bikers who feel eMTBs are ‘cheaters’ and ‘bad for the trails.’ Hell I remember when Brownie Instamatic film cameras were shunned by ‘real photographers’ because the new little film cameras did everything for you including exposure! Hahahahaha. Fuck haters. They usually want to ‘keep’ their domain all to themselves and elite.

I love riding my ebike simply because it’s so much fun. I’ve raced motorcycles both on and off road all of my life. No my ebike does not have a throttle nor do I want it to have one. I have to pedal and I love that. So much so that I find excuses to ‘go somewhere’ or run an errand just to get on my ebike. Yes I’ve had a traditional mountain bike before, but rode it much less often than I do my eMTB.

I’ve given up trying to explain to people how it feels. In my crude manner I compare it to trying to explain to someone what a fantastic orgasm feels like. Go ahead; try to explain that, the FEELING of one. It’s the same about an ebike; the feeling is something that makes me smile every single time I ride. When I first got a digital camera off eBay I rediscovered the Bay Area by going to places with new eyes. On my ebike I ride to places I’ve been many times, but with a new outlook. I do Costco runs with my bike, I pack a dinner and go for a dinner ride with my girlfriend. I run errands like going to the bank, the hardware store, the donut shop on my ebike. It’s a complete joke and when my doctor asks “How often do you exercise?” and I have to remind myself that I do so every single day. I don’t think about riding 12-20 miles a day as exercise because like having a great orgasm it’s such a great feeling! (Not to worry, an orgasm is still better, but you get the point about having to feel something to KNOW) 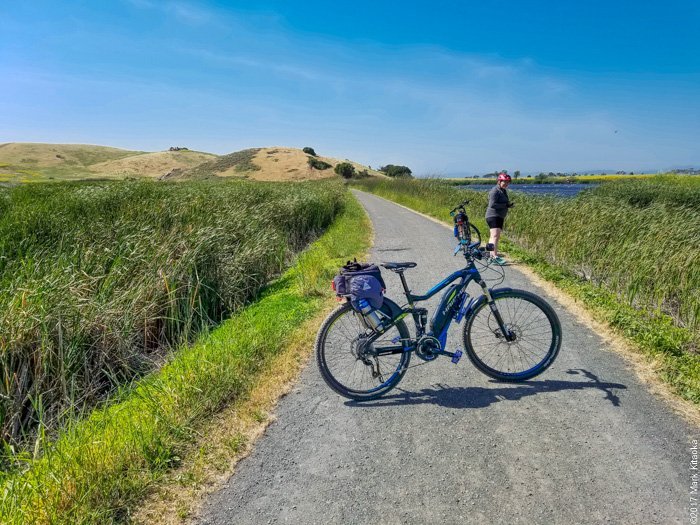 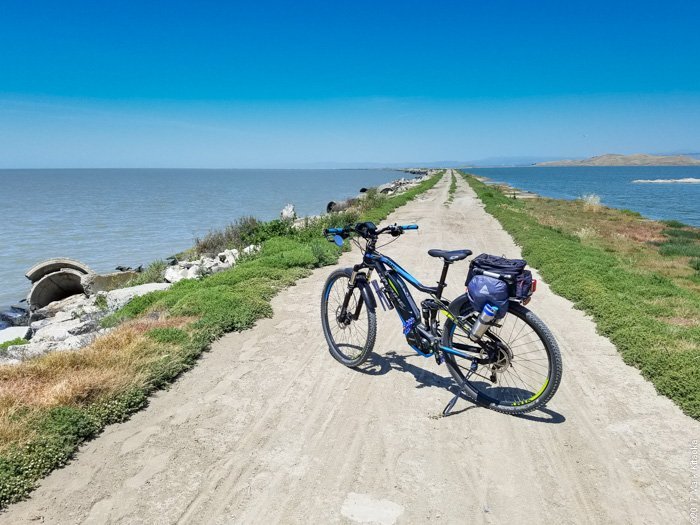 Picking the right ebike is up to each individual. Renting one or several in your area or attending an ebike convention where you get to ride various models is the key. There are plenty of “Meet Ups” where people who love/own/are curious about ebikes gather just like photography meet ups. I’ve never been a ‘meet up’ kinda guy, but they are damn valuable for many people. I can simply say that I’ve never had anything in my life that is so much fun and enjoyable that I can do WHENEVER AND WHEREEVER I WANT TO DO SO. Not having to load my race bike on a truck or trailer, driving to the track, get fuel, etc. Sure those days were a complete blast, but the quiet joy of riding through neighborhoods, up in the hills, around town is so simple and sweet. One of the things I’ve missed about racing motorcycles is the ‘wrenching’ and although it’s on a MUCH more simple level with my ebike, it brings back some of that fun.

I don’t have a ‘commute’ per se since my job has odd hours and I often am on an airplane. But if I did have to commute and it was 10-20 miles each way I’d definitely use my ebike to go to and fro. Not showing up to work sweating because I’ve bucked a headwind or up hills to work is epic. More importantly, it’s just fun.

The questions I’m most often asked: