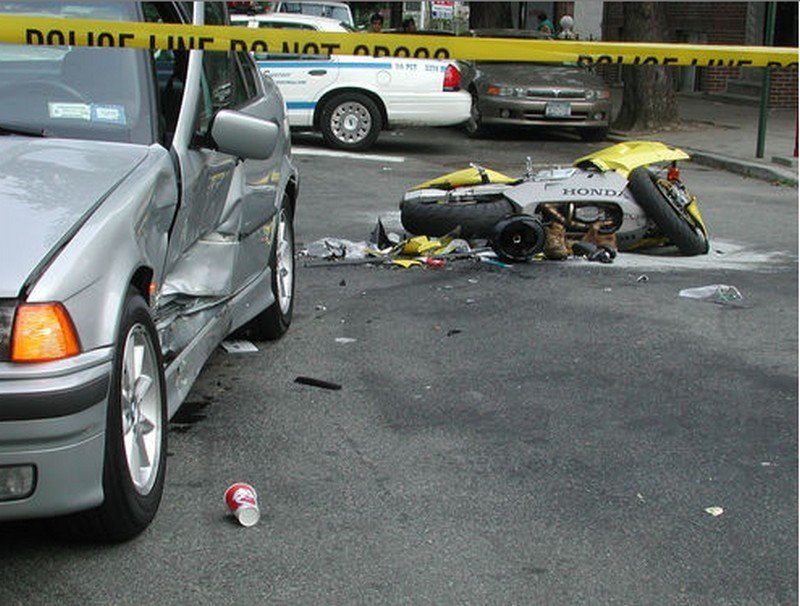 Riding a motorcycle is much different than driving a car. I’ve ridden motorcycles all of my life. I’ve heard from countless people how dangerous it is, how ‘foolish’ if you don’t have to ride a bike. I cannot count how many mothers I’ve heard say “Don’t you EVER ride a motorcycle, not even on the back of one. I forbid it!” Sound familiar? My cousin’s son bought himself a motorcycle as a teen and hid it from his parents. He kept the bike at a friend’s home to hide if from their eyes. And what happened? He was involved in an accident that severely damaged his leg. Almost everyone knows ‘someone’ who was involved in a motorcycle accident, got injured or died. I personally know 11.

Automobiles have air conditioning, automatic transmissions, ABS braking systems, anti-slip differentials, power windows, a powerful stereo, Apple Play, USB plugs, air bags and sometimes even a sunroof. America has abandoned the sedan and replaced it with the vaulted SUV. Bigger, safer, holds tons more people. And even if 98% of owners never take it off road having the 4WD option “just in case it’s needed” is common.

I’ve seen people texting, taking photos or videos, taking I love me selfies, eating lunch, drinking beer, wine, adjusting their music, watching videos while driving. You know clueless safe multitasking. Drivers have cruise control, self-driving features, heated and air condition seats, driving with their knees or a whole cornucopia of behaviors. Cars are safe and comfortable; if you make a mistake maybe you get a dinged fender, or an airbag deploys. Safety is built into the vehicle.

Motorcycles are different. WAY different. There isn’t tons of metal around you, no power windows, cruise control, air bags, nope none of that along with other comfort amenities. And just venturing out to get what you need may kill you every single time compared to a car. Being aware of where you are, the time of day, the surface conditions will all help keep you alive. My father taught me to ride “As if cars are TRYING to kill you. Always check your six, look both ways before going through an intersection. Remember boy the majority of people who are driving just don’t pay attention to what matters – DRIVING.”

Man hole covers with moisture, someone not fully stopping at a stop sign, running through an early red light as I’m turning left, vehicles not checking their blind spot before turning, signaling the wrong way and turning the other, packing items on your car that fall off…the list is literally endless. ENDLESS. So I was taught to not ride defensively, but in the words of my Dad, AS IF YOU ARE TRYING TO HIT ME. Because the likelihood of me being killed by a car while I’m on a motorcycles is much higher than you getting killed or even injured at all. In California where I live lane splitting is legal on freeways. The law states that a motorcyclist can split lanes ‘safely.’ I cannot count how many times I’ve heard people say “That should not be legal, they scare the heck out of me with their loud sounds. I never even notice them until they pass me! If they get killed or injured it’s their own damn fault! They deserve it.” REALLY? To me and other motorcyclists it simply means you are not paying attention at all to your surrounding environment, checking your mirrors and scanning the horizon. It means you are simply relaxing in your comfortable and safe car. Had you been checking around yourself you would see an approaching motorcycle in your mirrors.

So let’s assume that a national law is passed requiring all people to ride motorcycles and cars will be phased out over 25 years helping to save fuel, road maintenance and the environment. Everyone would need to develop the skills and awareness to ride like those of us (who are the highway minority) have had to learn just to survive in a car centric world. My goodness the resistance of doing away with SUVs, trucks, cars would be astounding with some self-justified reasons to car drivers. “Why should I have to give up my comfortable car? What if I just don’t have the skills or desire to ride a motorcycle? Why should I? Cars have been around for a long time and the convenience works for me. I have children to take with me, they would be in danger. What about rain? And oh my goodness, it must be even more dangerous in the night! And what will my mother say! Oh yeah she will be riding too huh?”

It makes little sense for the driving public to give up the privilege, comfort and safety of driving a car, SUV or truck. And what happens during the 25 year transition? There will still be cars on the road and who’s to say those who drive will develop enough self-awareness to prevent accidents with motorcycles? The hope will be that once the entire driving population switches from cars to motorcycles, the roads and highways will become safer, much less dangerous for everyone. It’s really a matter of giving up the comforts of what we all take for granted and more importantly have come to EXPECT.

For a moment let’s replace the comfort and convenience of driving with white America. Let’s place nonwhites, specifically black and brown Americans as motorcyclists. If you are unable to start to see the metaphor I’m painting here, then there is much you must learn. The only way to change the dangers faced by black America is for the ‘driving public’ to change its values or how to view others in a much more dangerous and disadvantaged state. Are you as a white person willing to make changes to your behavior, how you think, what you never have to consider just because you are white? All of the privileges you take for granted not giving it a second thought? The expectation of comfort and convenience is real; it creates systemic complacency and entitlement. Motorcyclists have never said they wanted to own the road, just for drivers of cars to be more aware, more equitable in their use of the road.

Think about it. Change starts with becoming aware. It moves forward through changing attitudes, behaviors and actions.