Shooting as a pro means there are times when you have to prove yourself once again with an established client. Not doing a great job either in the finished product or through your service simply means you’re not used again. One of my long standing clients, Village Theatre recently changed Artistic Directors. Jerry Dixon, their new AD planned to attend two of the three on location publicity shoots all to be held in different cities in greater Seattle area. The first session for the play Curious Incidents is also the play he is directing. No pressure eh? LOL

The second aspect of this day that is always a bit concerning was that I NEVER SAW ANY OF THE VENUES IN ADVANCE of the day! Sure the Marketing Director sent me some camera phone photos and links to the MOPOP (Museum of Pop Culture) areas where she wanted to shoot, but I had never been there. Nor had I been to Spangler Book Exchange/Reread Books, the quaint bookstore where we were to shoot the Matilda publicity or the alley in Everett where I’d shoot the Howard Barnes publicity. Add to that the additional element of time. For each venue we were limited in time based on either the schedule of some of the talent or due to the venue’s prior commitments.

The only element I ever insist on from clients is to answer; “What is the mood you want from each session?” Why? Well because the expression of the talent(s) and the LIGHT is something I have to plan for BEFORE I hit the job….which leads me to….

The Marketing Director kept asking me “Mark, I need to know your power requirements for each venue so I can work with each of the operations managers to plan power for your gear.” Since I exclusively use Flashpoint strobes, guess what….they need no outside power!!! SCORE! I hauled seven, yes seven strobes from SF to SEA in a small Pelican case. 49.5 pounds…just UNDER the 50 lbs. limit! Three Xplor600s, one 600Pro and three Evolv200s! I split the four 600 batteries between me and my partner’s carry on camera bags instead of inside checked luggage to save weight (btw I always put gaff tape over the contacts of the batteries just in case…). All of the stands were rented in Seattle and for the smoke I advance shipped smoke grenades to the Marketing Director. It takes planning folks….LOL

For modifiers I took three v2 Saberstrips which use Evolv200s with their Fresnel heads. I cannot speak highly enough about both the Evolvs and the new Saberstrips. Together they create what I view as a revolutionary combination in camera lighting. Yeah they’re that good. I knew that both the MOPOP and the bookstore sessions would be VERY CRAMPED in terms of space. Using “traditional” modifiers or strobes would be a total pain in the ass. Sure it could be done, but would easily have been a 10/10 on my cussing scale. I knew I wanted a softer light for both the MOPOP and bookstore feeling, but a hard light in the alley. So I took three Fresnel modifiers for that session. All of my modifiers fit into my SKB hard sided golf case which I use to transport my light modifiers when traveling out of town.

So here’s how it all worked: (All of the BTS images are by my partner Tracy Martin) 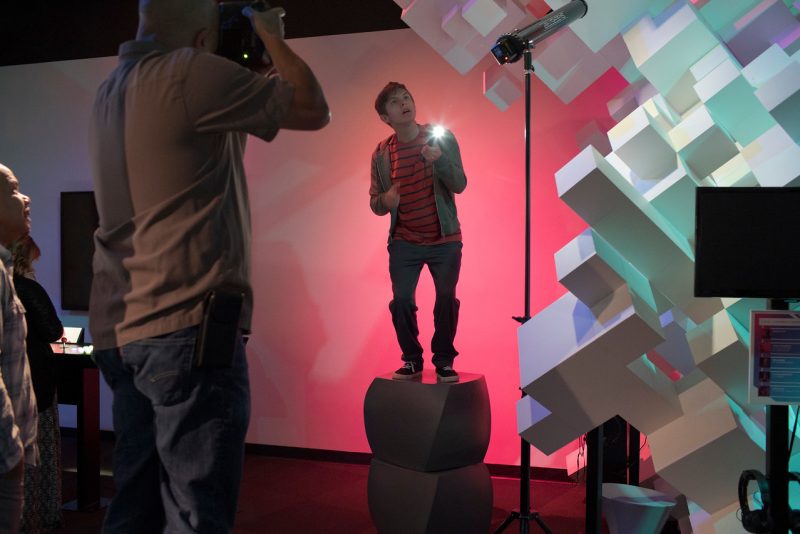 Session 2 for Matilda at ReRead Bookstore

A few of the Final Images 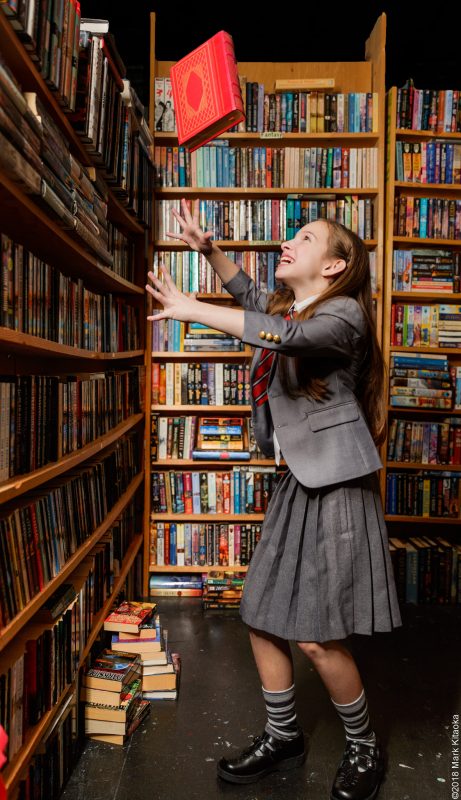 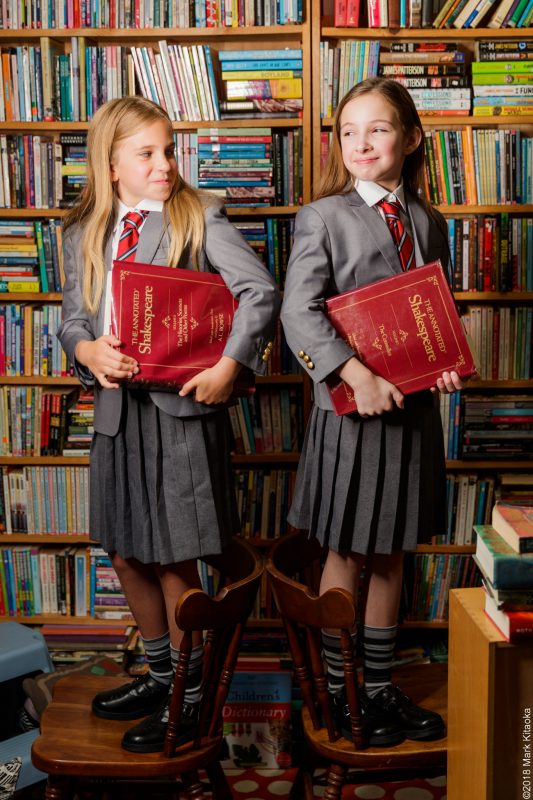 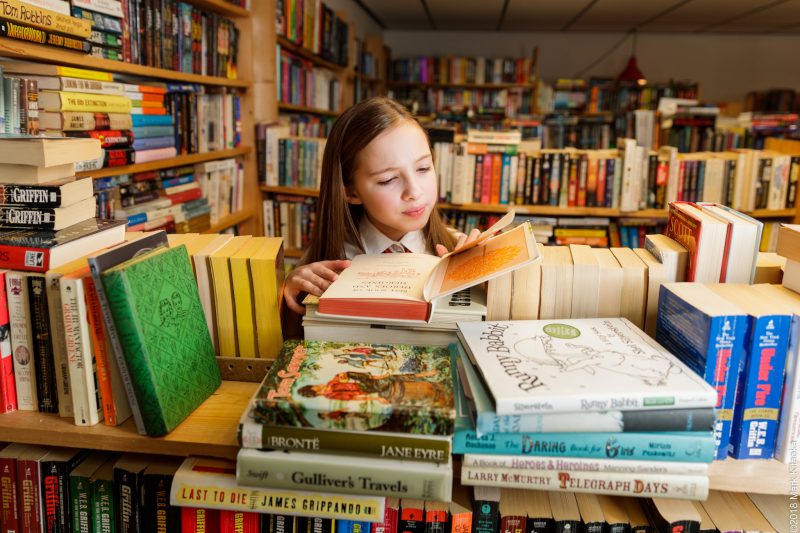 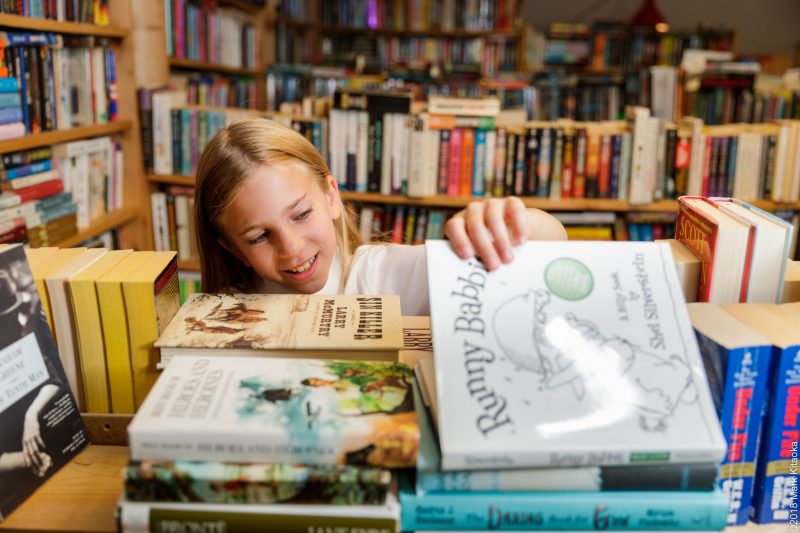 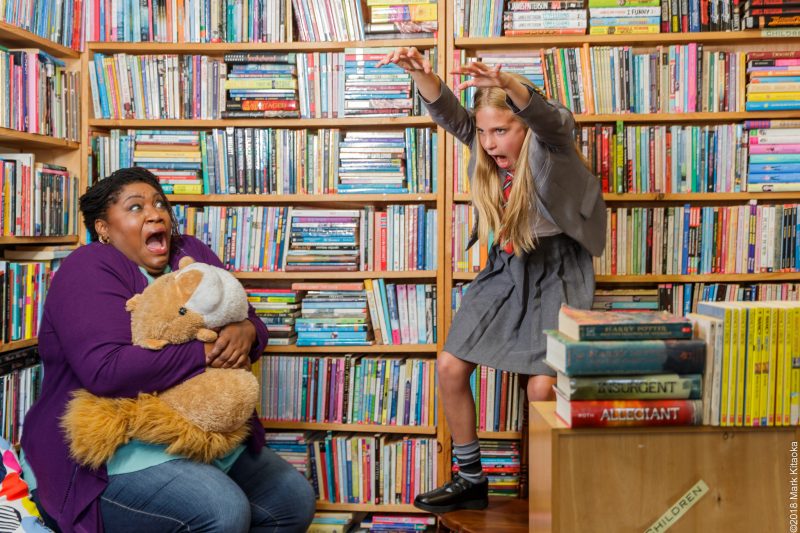 Session 3 for Howard Barnes in an alley in Everett WA

A few of the Final Images

I was so shocked to see an article written by James Spangler the owner of ReRead Books where we shot the Matilda publicity! All if not most photographers know that getting feedback is rare so this was both a nice and humbling surprise. My whole point on this post is to highlight the incredible leap in technology and innovation in the field of photographic lighting. Sure all of us can figure out how to do something even if it’s tough. But to have others who are helping to ease the stress of creating beautiful light is wonderful!