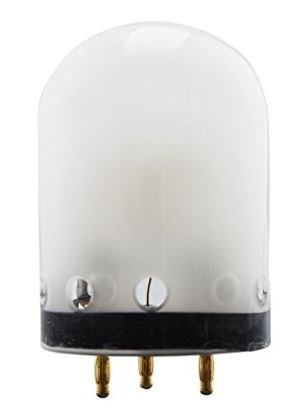 While reading an article that Markus Klinko wrote I found an effective glass diffusion dome to go over the AD600/1200 bulbs. He uses them primarily in Fresnel modifiers and I can understand why. Unlike focusing arm modifiers or diffusion panel softboxes, Fresnel lenses project a beam of light through a lens. So any details or more accurately patterns of the bulb element will be projected onto the subject. I found this in my own experiment with the now discontinued PCB Retro Laser modifier which projects light through a parabolic (a real parabola!). When I was using my 1200ws head that contains two bulbs elements the resulting light showed the separate bulb patterns in my test. 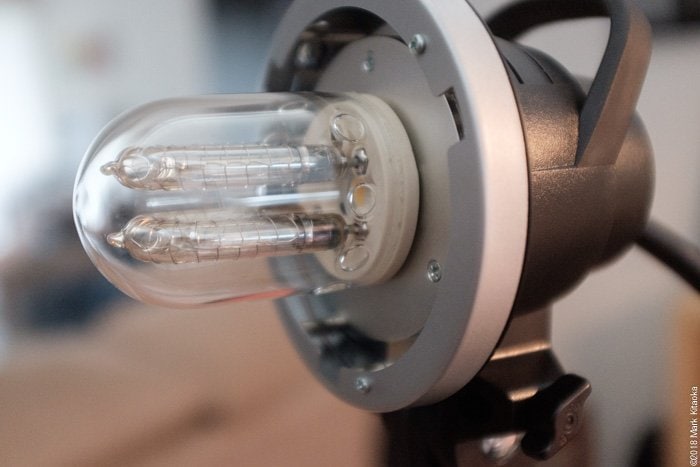 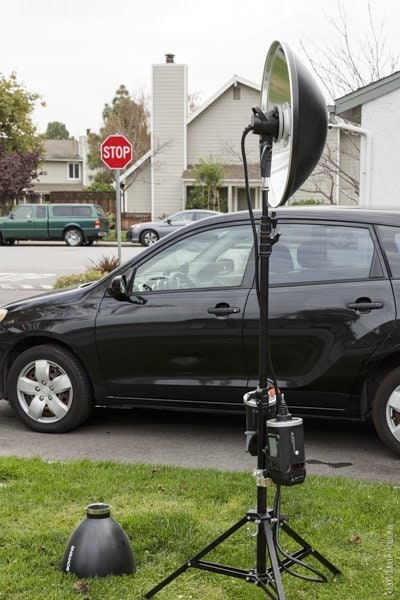 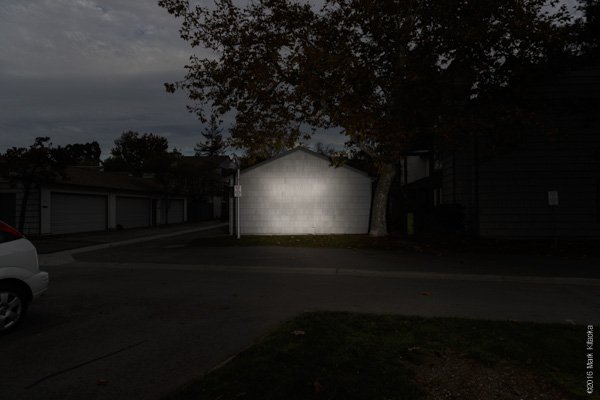 I noticed that the diffusion glass cover he uses is sourced from China so I found one that may be made in China but has a short shipping time. That is the one I’m reviewing which is the Opencloud brand I found on Amazon. It’s also less expensive which is interesting since the one he uses is sold by Opencloud as well…go figure! 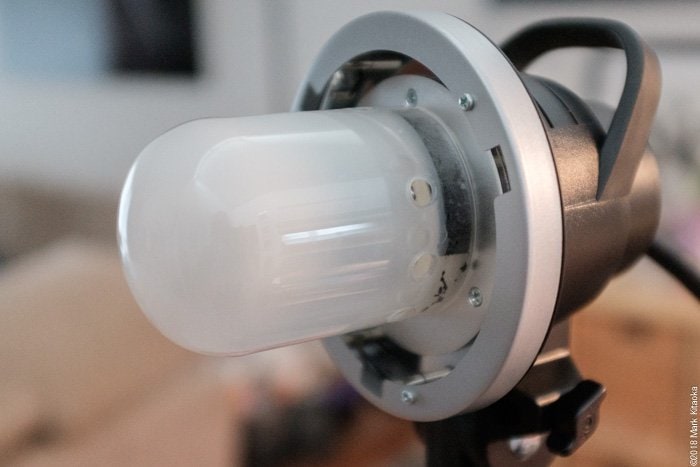 I had to remove some of the foam tape located at the rim of the frosted glass cover so that it would fit over the bulb without too much friction. 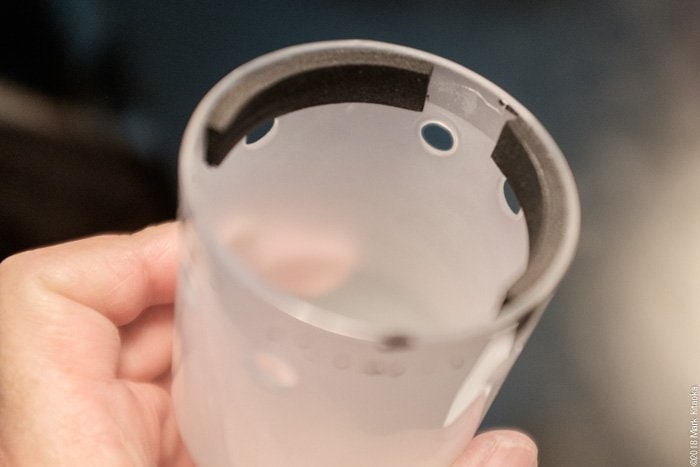 I simply removed some of the foam tape so that it easily slides over the bulb yet is still secure. 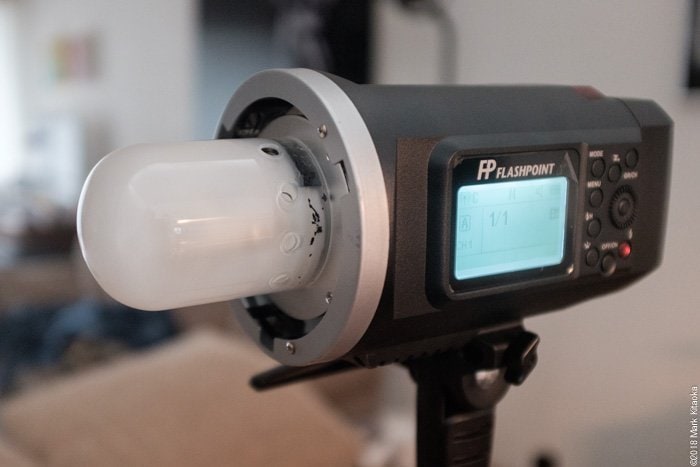 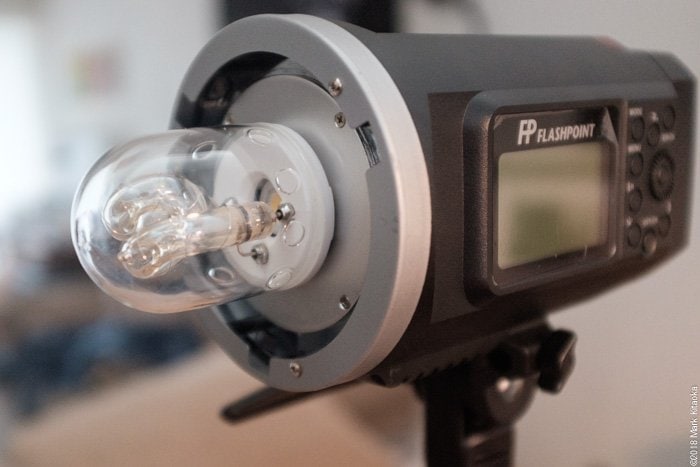 I decided to test the cover to see if the diffusion reduces the output of the strobe. I placed my Sekonic meter 10 feet away and set the AD600 to 1:1 power without any modifier. Without the cover at 1/100, ISO 100 the output was f14. With the diffusion cover it was f13. Now before you all get your panties in a twist thinking “Wow that is very low!” remember that a 7″ cone reflector is going to amplify the light much more than just firing any strobe with a bare bulb. My point is NOT to show how powerful the strobe is but to test to see if the glass diffusion cover reduces the output, and it does by only a third of a stop.

I plan to use the glass diffusion cover whenever I use my Retro Laser, Fresnel, PCB Omni or any other modifier where the bulb is focused without diffusion where I notice an element pattern on my subject. It’s nice to have this inexpensive option.