The Hard Truth About Hard Modifiers 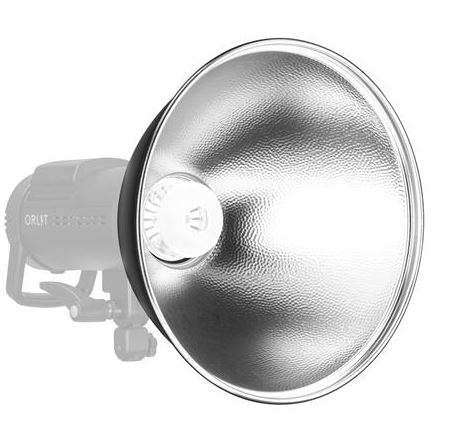 Hard modifiers. They’re so misunderstood! Most photographers seem to always be chasing soft light, the softer the better. I understand that too, but in my world there is sometimes a need for hard modifiers. On location in high wind, nothing is better to combat the potential disaster of turning your light stand, modifier and strobe into an orbiting satellite than a hard modifier.

Yet there are many other uses for hard modifiers. Yes they CAN throw beautiful soft light. And in those instances where you need to throw and control light a long distance they’re wonderful. I recently had an assignment where I had to light 90 musicians on stage to make the scene appear like a Rembrandt painting which meant making the light even across the stage. It would have been impossible without the use of hard modifiers or Fresnel lenses.

But the point of this post is to advise you that the SHAPE of a hard modifier can easily be confused with how the light pattern will perform. Most of use ‘think’ that a long cone shaped modifier will throw light in a long narrow pattern focusing light in the same shape as the modifier. Back in the day when I was talking to Paul Buff about his long throw reflector he said “Mark, the long throw’s center concentration of light is NOT as intense as my 22” beauty dish. But it does throw the light further.” I thought to myself “Uh sure Paul, you must not know what you’re talking about…” Hahahahaha who was I to doubt the INVENTER of his brilliant products. So I tested them side by side and guess what? He was fucking right of course and I was shocked….at my ignorance.

Adorama sent me some of their modifiers so I decided to test them side by side with others I own to see the light patterns they produce. Having been schooled by Paul I was better educated to ‘theorize’ how each of the modifier’s patterns would perform.

All were shot using a Flashpoint xPLOR600 set at full 1:1 power. The distance to the seamless was 35 feet. Camera was set at 1/125th, f22, ISO 100. This test was performed just before a client’s session so it’s not about the power capabilities of the modifiers, but their light patterns.

As you can see by the light patterns above and the shape of each modifier below, light patterns don’t always follow the shape of the modifiers. Right now my favorites are the Glow 70 Degree Magnum, the PCB Omni and Retro Laser for throwing concentrated beams of light over distance. The Glow 45 and Bowens long throw extend light with a much softer/less concentrated pattern of light.

So here is how I’ve used hard modifiers for different applications:

My point of this posting is to demonstrate the light patterns and possible usage of hard modifiers in your took kit. For the right application I find them an invaluable tool. In the future I will be updating this post with actual shots using the Glow line of hard modifiers.

Just got the Glow Magnum for my Godox AD-200… At 11 feet, ISO 50, 1/250 I was getting F20.2 (at full power) pretty impressive increase over the F6-7 with just the bare bulb. Over-powering the sun might just be a thing with a single AD-200 and this modifier at a moderately close distance!! I think the bare-bulb really allows the light to be focused.

Really interesting read about hard light, its something I have avoided and it has so much to offer, I just never really gave it a thought or a try. I mainly photograph horses and have been using softboxes for my location lighting. Recently I have started experimenting with long throw reflectors, I still have lots to learn, but am liking the different looks that can be created and like you point out, on location larger light modifiers can become kites and that’s not a good mix with horses. Have been reading your blogs and info about lighting and bookmarked your site. Just wanted to say thanks for sharing what you know and taking the time to post. Regards Fletcher

Hi Fletcher, thanks for the kind note. I too was an exclusive ‘softy’ back in the beginning only chasing soft light through umpteen diffused softboxes. I noticed that infant kids always gravitated toward my car keys or metal watch to put into their mouths! I then realized that all the things we give infants are soft, plush; ‘safe’ and they craved things with an edge, so….

I started to observe light in nature and on stage and in movies. A hard edge/shadow in the right place and time conveyed a richer story and feeling to me. So that’s when I began to use hard light more often. My favorite light today is Fresnel light, but I’m fickle and that can change. LOL I checked out your site since I’m not familiar with equine portraiture. My favorite is image 17/32, such a wonderful feeling and story in that image. And the light is just delicious (my highest compliment for light btw…) Well done!

Hey. Nice job. Was this used without a diffuser?

Thanks when I use hard modifiers I don’t use diffusion materials.

Jason I just wanted to add that many shooters chase soft light most of the time. And there are times I do as well. But always using soft light is like always eating soft serve ice cream. I get bored and want some ‘texture‘ to the shot which I can accomplish with hard light. I will be doing a review shortly on the Aputure F10 Fresnel. It’s an incredible modifier. I converted a Mole Richardson stage halogen Fresnel because I could not find a large lens Fresnel. But this one will now replace my MR Fresnel because it’s much easier to transport. Having both though allows me to shoot with two or three large Fresnels and the Mole 412 is a great prop too when needed. And my K5600 Big Eye Fresnel throws such delicious light. I’m sad they no longer make it, but damn glad I found one.

There’s a good reason why Hollywood used Fresnels back in the day for glamour light.