My client just released our video of his 2017-18 Season which includes some BTS footage which shows how I used my 59″ Zeppelin with the Cheetahstand Chop Stick. 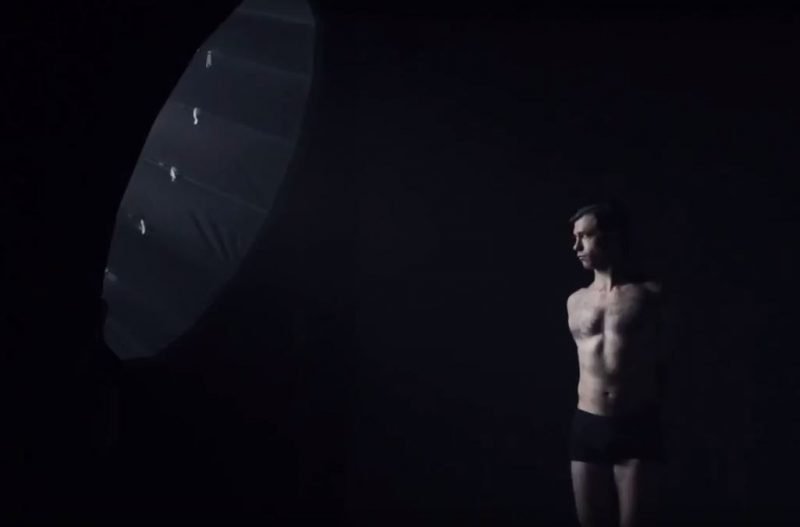 Today I used the Cheetahstand Chopstick with my Westcott Zeppelin 59 in combination with my Flashpoint Xplor 600 using the remote head. In all but two cases the Zeppelin was my key light. Some shots involved five lights, some only three. I was given permission to post three shots by my client even though their publicity for these images has not yet been released. (obviously since I just created them today!) 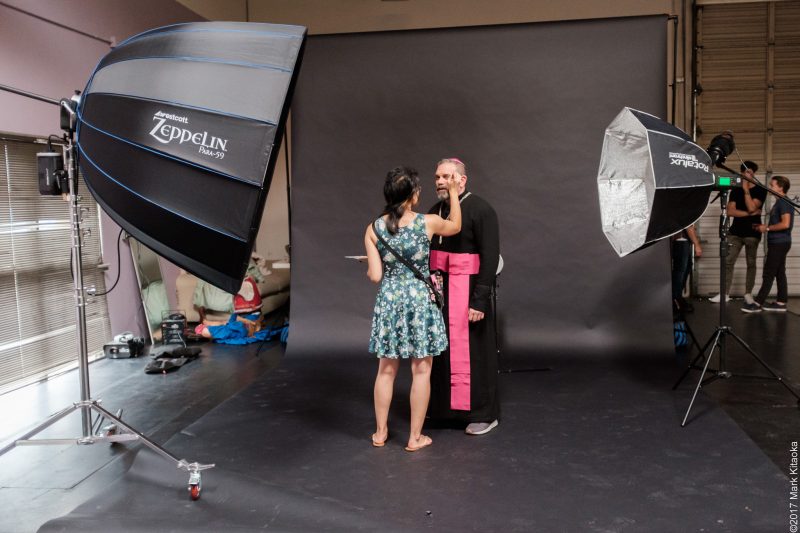 My only BTS shot since it was pretty hectic on set and my partner had to leave to film another client. You can see that for the shot I’m about to do the Zep is fully focused, meaning the light is only 8 inches from the rear of the modifier. I like using my Elinchrom Deep Octa as a rim light. The light just behind the Elinchrom is my gobo modifier. 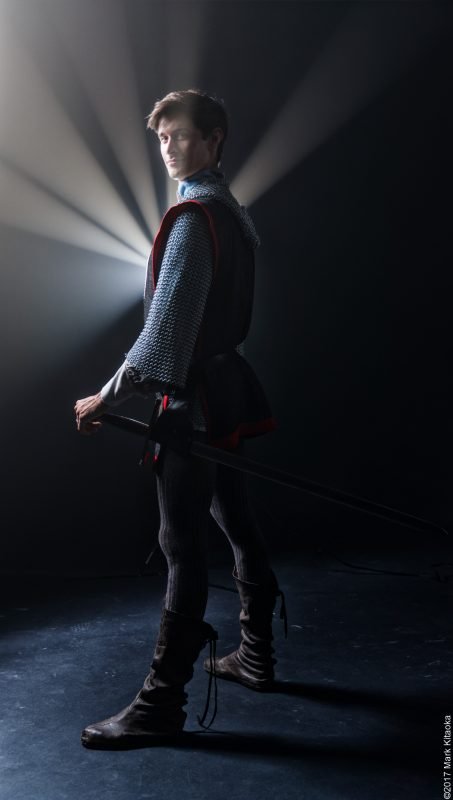 Three light shot, Zeppelin as key light flagged and highly feathered on the talent. Gobo on Xplor600 is creating the rays of light pattern. 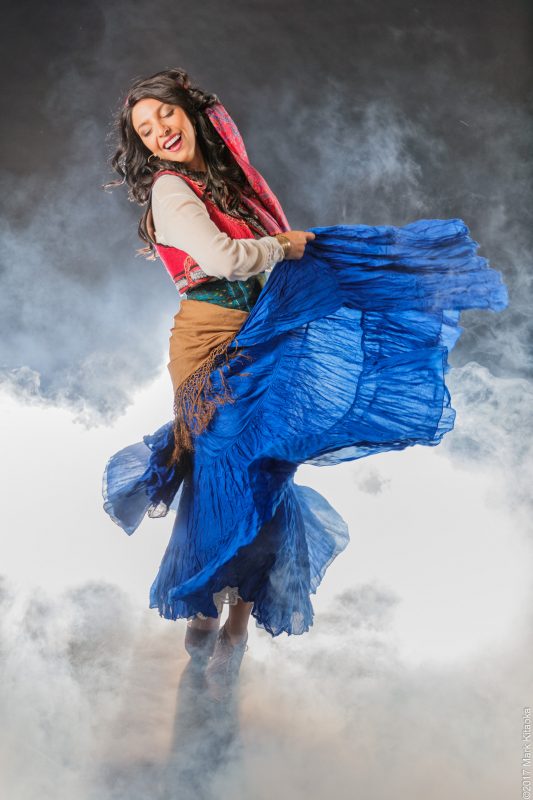 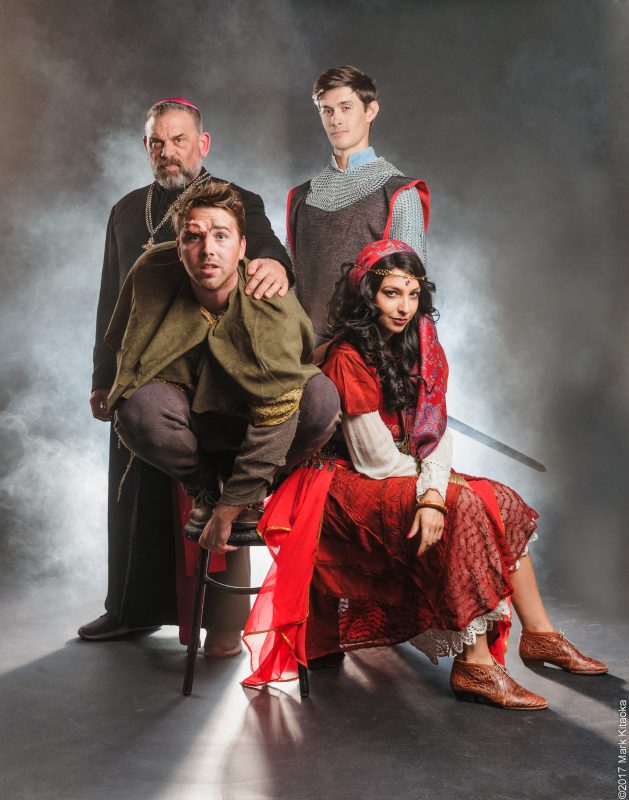 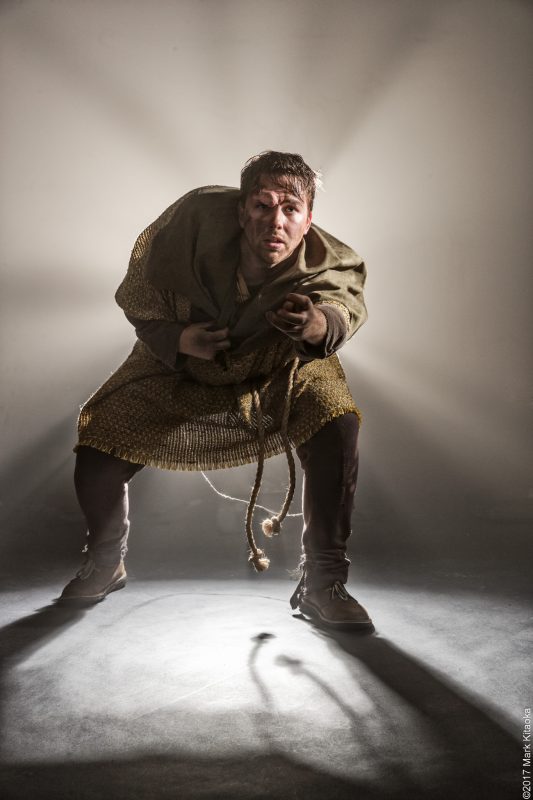 Three light shot. Fresnel attachment to my Xplor 600 is the key light.

Recently I have had a number of people contact me about using Cheetahstand’s Chop Stick in modifiers other than their Rice Bowls. I have used the Chopstick quite a bit with Westcott Zeppelins, both the 47 and 59 inch models. Edward of Cheetahstand has manufactured a well made device made up of his own proprietary mount/speed ring and a collar that fits on any Bowens mount. The focusing arm he developed is well done and includes an eyelet on the end to hold a counterweight should you need one. I find Edward a nice fella who genuinely likes offering devices that makes a photographer’s life better.

But what many people ask is “Do I need to buy a mount/bracket from Westcott if I’m going to use the Chopstick with the Zeppelin, or can I save money by not having to buy the mount?” The short answer is you must buy the Westcott mount with a Bowens speed ring if you want to use the Cheetahstand Chop Stick. The Westcott Mount/Speedring is more robust in build than the Cheetahstand one although I have no issues with the one from Cheetahstand. As a matter of fact I like the fact that it’s lighter and has a nifty quick release on the light stand spigot. Very handy! 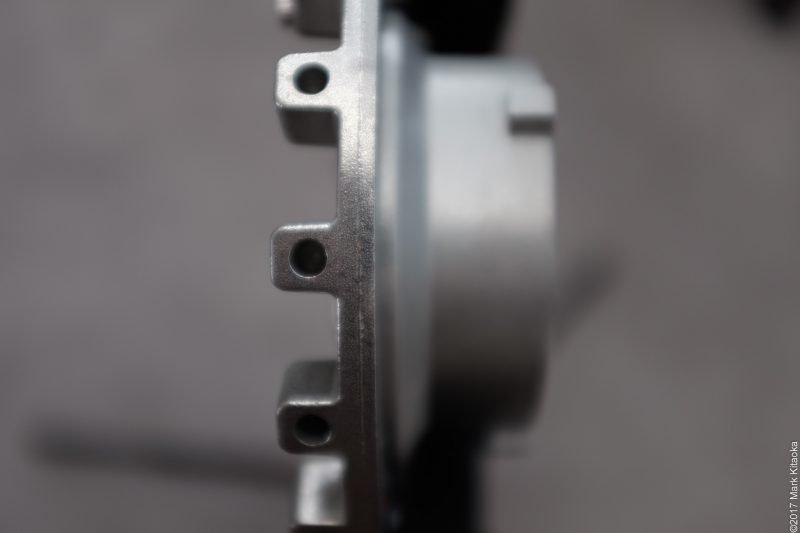 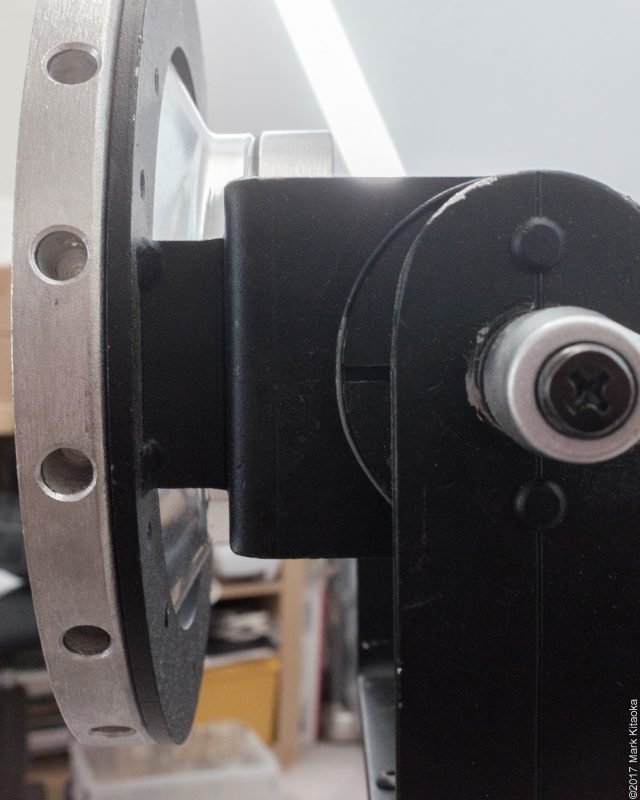 Westcott’s distance from the center of the mount pivot to the center of the rod hole is 77mm. This allows the Zeppelins to tilt further downward than the Cheetahstand Rice Bowls. This is a key factor to consider for your use. 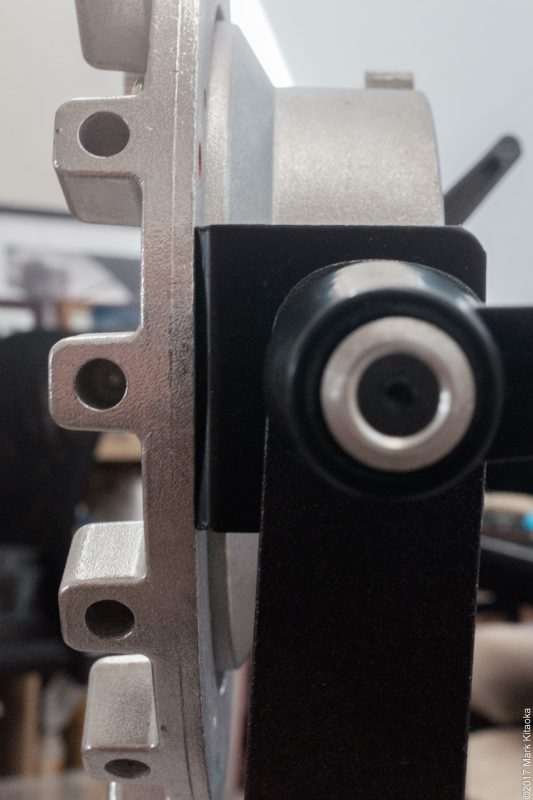 Cheetahstand’s distance from the center of the mount pivot to the center of the rod hole is 36mm which is half as long as Westcott’s. It prevents the Ricebowl from any significant downward tilting. I fabricated my own mount because of this limitation. 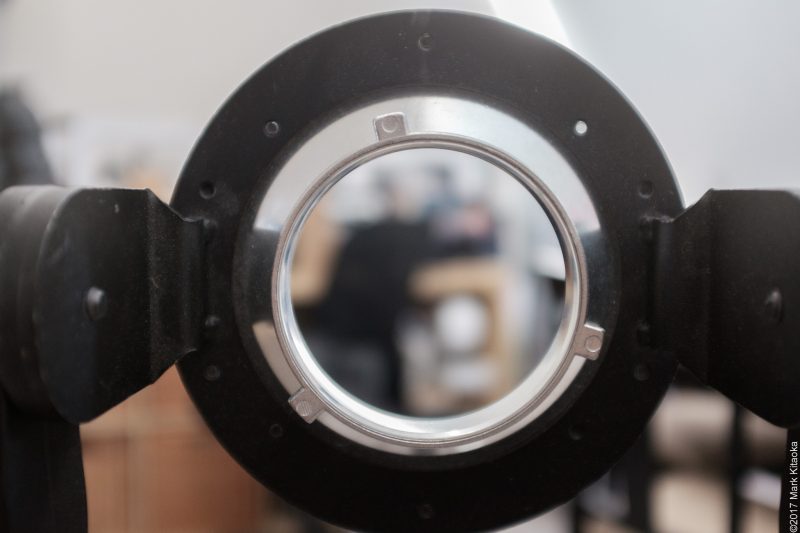 Bowens mount at the back of the Westcott Zeppelin speed ring. 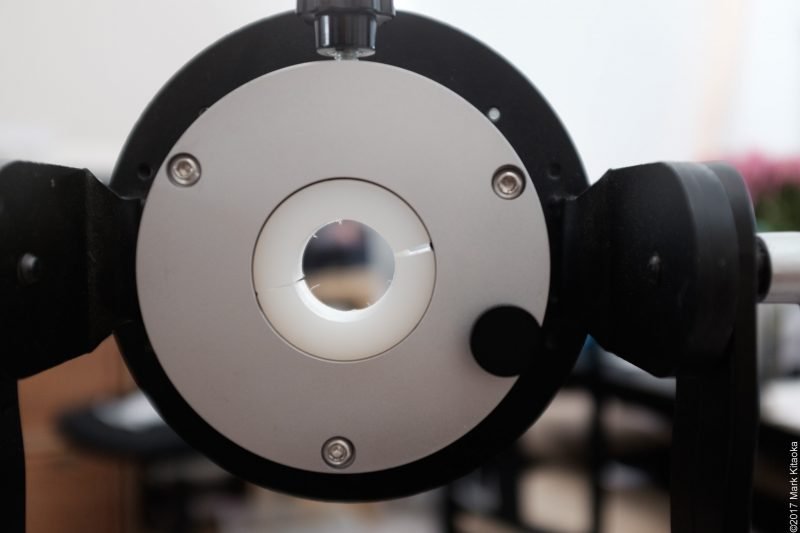 The Chopstick adapter plate mounted on the Bowens ring. The knob at the top controls the forward/aft tension of the stick to lock it into place. The knob at 4:00 pulls out to allow the plate to be secured to the Bowens mount. 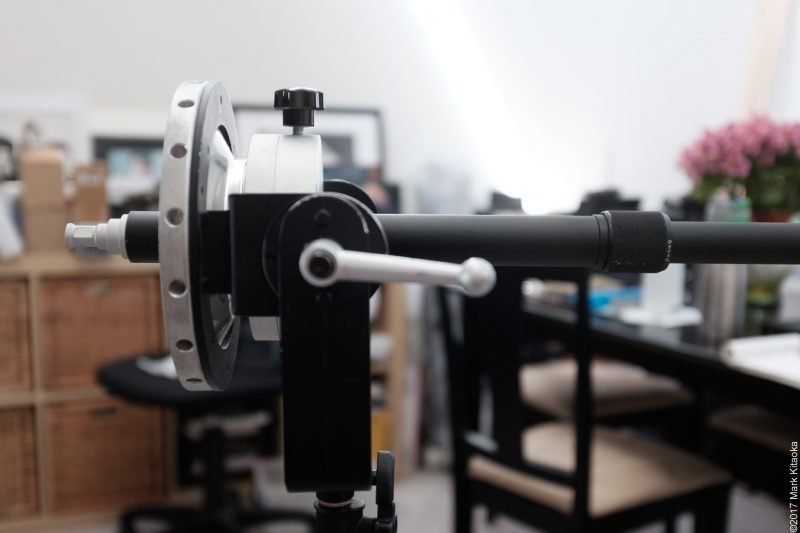 The ‘stick’ of the Chopstick mounted into the bracket. The total distance the stick can extend is 2 feet 3/4 of an inch. The knob on top of the mount allows the larger diameter portion of the rod to be moved fore/aft and the other knurled grip allows the smaller diameter pole to slide in and out of the housing. Very well designed and well made.

Tomorrow I have a shoot and plan to use the Zeppelins with the Chop Stick along with my Cononmark reflector. If I have time I will do some BTS shots of them and update this post. I’m a bit disappointed that my Parabolix Deep 35 won’t arrive in time for tomorrow’s session. Sigh…. But stay tuned for a full review of that modifier later this year.