I conducted my first commercial session using only Godox lights and a Cheetahstand Rice Bowl 36″ modified to accept and use my DIY focusing parabolic rod. Since Godox has not yet released the AD600 remote head I used the AD360 on the rod due to its light weight. I am very pleased with the light quality, characteristic and my results. This will be my go to focusing modifier for on location sessions.

This is a test shot I took to see how the control of focusing and bouncing light around in the Rice Bowl would perform with my focusing rod. So many images I see overdo the light, but balancing light to appear natural in a scene is much more difficult. I have found that using the Rice Bowl and the focusing rod made this task much more intuitive. I’m now ready to place this device into commercial work.

I wanted to see how my new focusing Rice Bowl would work with HSS and my AD360. I have the AD360 in fully focused position at 1:1 power. Here are my examples:

I have used the Westcott brand of octabank for several years now and find their quality of light remarkable. Initially they offered a reflective option by having a zipper located in the bottom of the octa so one could use a strobe pointed inward on a separate stand. I loved the light this produces and the only issue I found was having to readjust the light if I changed the angle of the octa to match the new angle. But shooting the light into the octa produced an exquisite light quality. One that was not only specular, but soft at the same time.

I have been able to produce the same light using PCB’s Extreme Silver umbrellas. They allow you to adjust the light position into the umbrella and produces a very similar quality of light. The issue became that the amount of spill sometimes was not controllable enough for my needs.

I then researched the Broncolor Para line. Well made, but wickedly expensive – their units focused light very well and produced the same quality of light. But at over 4.5k for their Para 88 I found it out of reach for my client base.

Then Westcott released their Mounting Arm for their Zeppelin line of octas. I have used these commercially for the past six months with great results. My only issue was the weight of the Zeppelin line with their Mounting Arm. The arm requires that one utilize their pivoting speed ring holder which is very heavy. Since I travel constantly for clients and am limited on check in luggage weight this can sometimes pose a problem. So I began to research other options for a focusing rod.

Cheetah Stand manufactures what they call the “Chop Stick” which is a focusing rod for their Rice Bowl line of octas. But after speaking to the owner I discovered that the Chop Stick is only sold in Taiwan, not in the US. Also the owner of Cheetah Stands told me that his Chop Stick has little value to the model 90 which is 36″. I disagreed silently since I have used the focusing rod with my Elinchrom Deep 39″ and it focuses well.

So rather than continue to search for a device I opted to build one, and then another in an effort to reduce weight of the unit for travel. I was told the Chop Stick weighs 6 pounds. The unit I’ve manufactured weighs 3.38 pounds. It uses the following pieces: 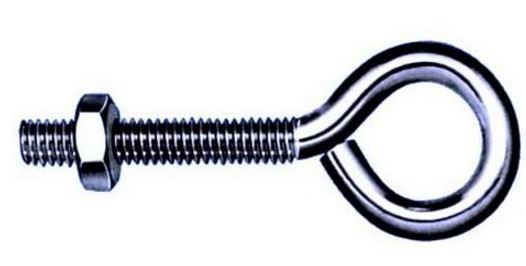 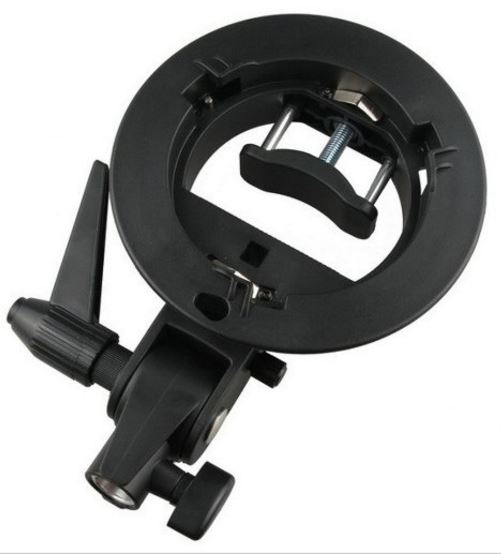 My opinion of the Cheetah Stand Rice Bowl is excellent. I own a 59″ Westcott Zeppelin, a 47″ Westcott Zeppelin and a Elinchrom Rotalux Deep Octa 39″. The RB is on par with all of them. I especially like the captured rods and the ends of the rods which are covered. The fabric on the unit is of good quality as is the silver interior. I will not hesitate to purchase another one of the RB’s should I need to buy a different size. I love that he includes a grid with the RB’s. A very good overall value.

This 36″ RB and my DIY rod bracket will become my travel gear for certain jobs. Once I receive the AD600BM’s remote head it will be a wonder. Until then I will use the AD360s with this setup. Using HSS with this modifier will open up new possibilities as well.

how do you compare between cheetah rice bowl and zeppelin para box? material, quality of light? Thanks Mark.

Have you used the Parabolix, or Cononmark? Am researching a primary shaping tool and so many choices, and so little budget.

You can read my review of the CononMark here. I have no knowledge of the Parabolix to which you refer.

Kenny sorry for my late reply. I feel that the Rice Bowl and the Zeppelins produce comparable quality of light.

Thanks for your time.

Shiva, I find the Rice Bowls are great modifier. You can see my results under my Conceptual section in the galleries. Moments of Grace was shot almost entirely with the Rice Bowl and CononMark modifiers. There are VERY SUBTLE differences in all modifiers, but what I find is HOW modifiers are used and a photographer’s use of light influences a shot MUCH MORE SO than the choice of modifiers. Sure construction can be an issue, but just like a clutch on a car or brakes how those items are used always determines how long it will last. I think many people get hung up on ‘brand names’ but in my view a shitty photo can be done with ‘brand name’ gear. Like a driver rushing to a stop sign and then mashing on their brakes and wondering why they have to change the pads and rotors so often. There are pluses and minuses to both the Rice Bowl and Zeppelins.

Hello Mark,
Thanks for your time , beautiful explanation just like your images.
Understood the meaning behind your explanation.

Thanks a ton.
Shiva

Shiva, if I helped in any way I’m happy.

Great article. I notice that you are getting a lot of light with the AD-360 even with a modifier outside. That is why I am not going for the AD600 for my work. I just love the weight of the 360s.

You note that you are using the X-C1 with the Ft16. Do you have a mixed setup with older triggers?

Mark I am having a little problem sourcing for the fangled bushing where did you pick yours up from. The piece of wood seems to be rather thick – at least it is thicker than the fangled bushing – is there a need for it to be this thick ? The aluminum sheet on one end of the wood piece – what purpose this serve ?

I purchased my flanged bushing at Orchard Supply Hardware, but you can get one at Amazon:http://www.amazon.com/Bunting-Bearings-EF060812-Powdered-Thickness/dp/B0040GKTL0/ref=sr_1_3?ie=UTF8&qid=1459098422&sr=8-3&keywords=flanged+bushing
The wood is a 2×4 and I wanted it larger so there would be enough space to ensure the housing does not rotate in the grip. The aluminum sheet is to reflect light.

[…] I conducted my first commercial shoot with all Godox lights. After a lot of testing I felt comfortable enough to use them in prime time for a client’s new marketing campaign. I used a three light setup for this shot, two AD360s and one AD600. All are manual with no TTL since I don’t use TTL devices. The only light you cannot see in the BTS photo is the AD360 I used behind the talent to illuminate the curtain’s texture. The inverted octabox on the right is a CheetahStand 90cm octa which I have modified to be an inverse type with a focusing rod. You can read more about that here. […]

I read in an older post you had the AD360 in a Rapid Box 36″. Now that you have the 36″ Rice Bowl, would you not go back to the Rapid Box? I’m finally making the jump from a Nikon SB-800 to the AD360 and a octa/softbox. I’m just a hobbyist so I will only buy one modifier. What would you suggest for general purpose? It will mostly be used for portraits of individuals and small groups up to 5 people. Which brand/model of light stands do you use when you travel?

Get the rice bowl for better light. Get the rapid box for the convenience of using the AD360

I’m thinking of making a focussing rod myself.
Hoe did you make the thingy that attaches the light to the rod?
Could you post some detailed pictures of that part?
Did you make it or buy it?

Hi Rob, I made it and do not have time to post more photos. Sorry as I’m a working pro and do these articles when I have time to do so.

Hi Mark, great article. I was convinced and ordered an RB90 for myself. Now a question: there are a lot of cheap pseudo-parabolic deep umbrellas around by brands such as Profoto, Impac or Interfit. Do they come any close to Broncolor in terms of performance?

I have only ‘seen’ the results of the Bron Para line in use, but have not used any myself. The octa I use are the Westcott Zeppelin line, the CononMark and the Cheetahstand. In all cases using them as inverse paras give me the quality of light I enjoy. I also like the Elinchrom Deep Rotalux line used in the traditional manner.

The Chopstick is listed as available on Cheetahstands, so it would seem one can now buy it? The only other comparable option I found is the focusing rod by Parabolix for their line of paras, which relies on a Profoto speedring mounted on the modifier. The Parabolix design seems sturdier and the numbering on the rod is nice for consistent head positioning, but it’s also a fair amount more expensive.

Ron, the Chopstick is an excellent device, well made. My only issue with his Rice Bowl is that the configuration prevents it from tilting ‘down’ far enough for me due to his bracket’s design. But the actual Chopstick is great and I use it on my Westcott Zeppelins. If your work requires precise placement of a focusing rod, you can always mark the rods yourself. Hope this helps.

Have you modified it for your Zeppelins to avoid the problem of not enough downward tilt? If so and you’ve documented this, please point the way. TBH, I’d rather buy a readymade solution than cobbling something together.

I’m thinking of getting the Chopstick to convert my Deep Oct into an adjustable indirect (Cheetah states the ring will work with a range of other light modifiers). Also thinking of getting the Litemotiv 120 and using the Chopstick with it in addition to the standard speedring bracket…. I guess the Ricebowl, Zeppelins and Cononmark would be similar to the Litemotiv, and some potentially much less costly.

YOU MUST HAVE THE WESTCOTT bracket otherwise there is no speed ring on which to install the Zeppelin or mount it to a light stand. You can see how I use my Zep with the Chopstick in this article. Tomorrow I will be conducting a shoot with the Zep and my Cononmark so I will write a short article about it after that.

Fantastic! Thank you for letting me know as I was about to make a mistake 🙂
Looking forward to your new article!

Great Mark, here’s a little info for you for now.