Why I Love What I Do

For about 38 years I was a ‘suit.’ A pure corporate guy whose career started at the bottom and worked its way to COO of a Fortune 100 company. But now having been a small business owner running a full time commercial photography firm I can safely say that even if I had the chance, I’d never go back. I say that I photograph just to meet people and it’s true. My camera is just a convenient excuse to meet and befriend other artists.

One of my clients is a symphony in Dallas, TX. And over the years I have become friends with many of the musicians in the orchestra along with people in Marketing, Development and many other departments. Just recently I was tasked by the VP of Marketing to create an image of 90 of the musicians in the lighting style of the Dutch Masters paintings.

While doing so the two co concertmasters, Alex and Nathan began fooling around during a toast by intertwining their glasses and arms like newlyweds! Of course the whole orchestra HOWLED with laughter and no photographer would pass up that decisive moment to capture it on film. Ah the blackmail leverage I now possess! 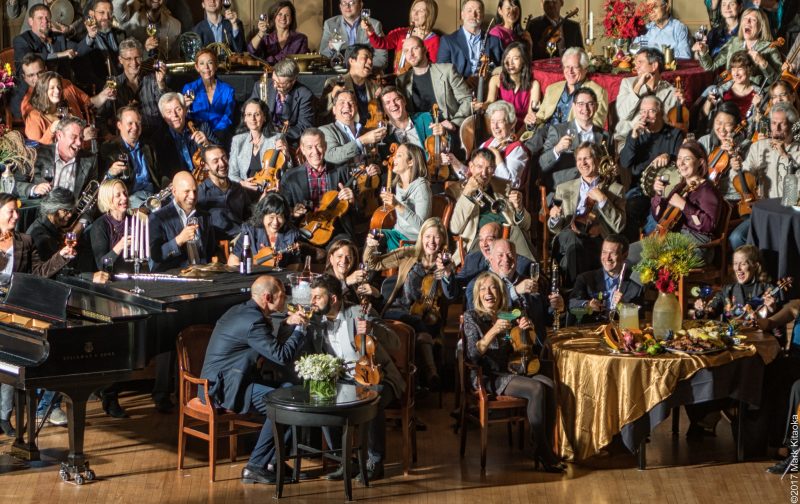 Then during the creation of another part of the marketing collateral I was asked to do a portrait of several of the senior members of the orchestra. 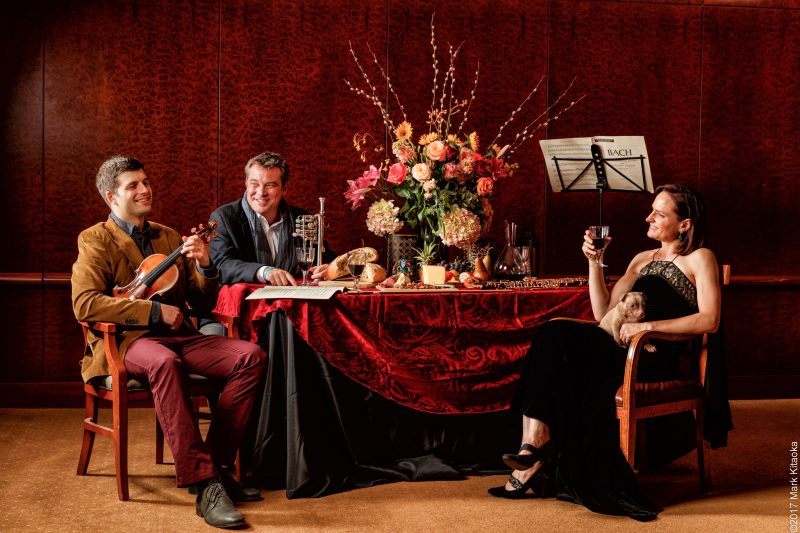 But during that time two of the video team from Genius House Media were there filming their version of James Cordin’s “Carpool Karaoke” by having Alex, Nathan, Erin, Lydia and Kara ride through Dallas playing their instruments. So often there’s friction between photographers and videographers, but in the case of Adam and Darren from Genius House, they feel more like just collaborative creatives. I so enjoy working along side them when our work intersects I just had to create a photo of them goofing around. 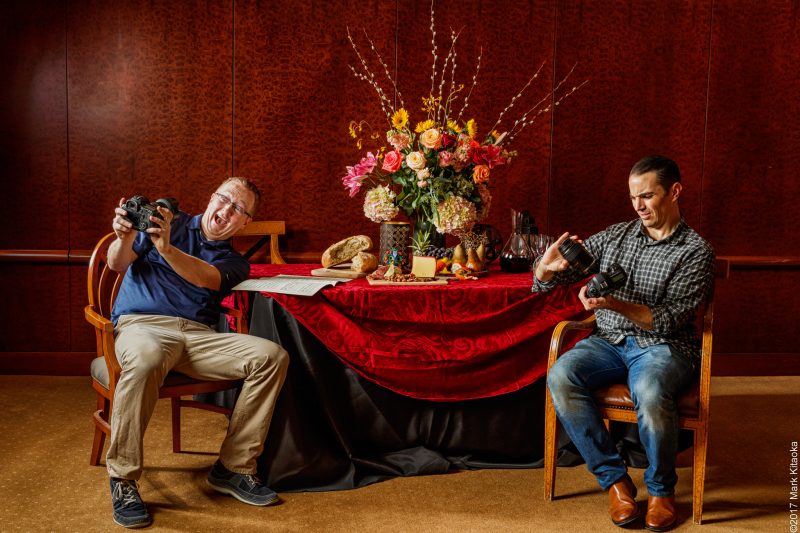 My whole point to this post is this; what good is life without the camaraderie and companionship of other creatives? Like I said, my camera is simply an excuse.

why I love what I do