A month ago I got an email from the Marketing Director of Music in the Mountains, a symphonic group located in the Sierra Foothills. Cristine, their Marketing Director had found some of my work on the web and called to inquire about a project.

The way this came about is the real story. For Christmas she purchased her husband a Fuji X100S. Like all new users of any electronic device, he began searching the web for information about his new toy. He happened upon an article I wrote about using the X100S for commercial photography. After looking at some of my commercial images he yelled down to Cristine, “Hey Honey, you need to look at this guy’s work. I think he’s the shooter you’ve been looking for!” 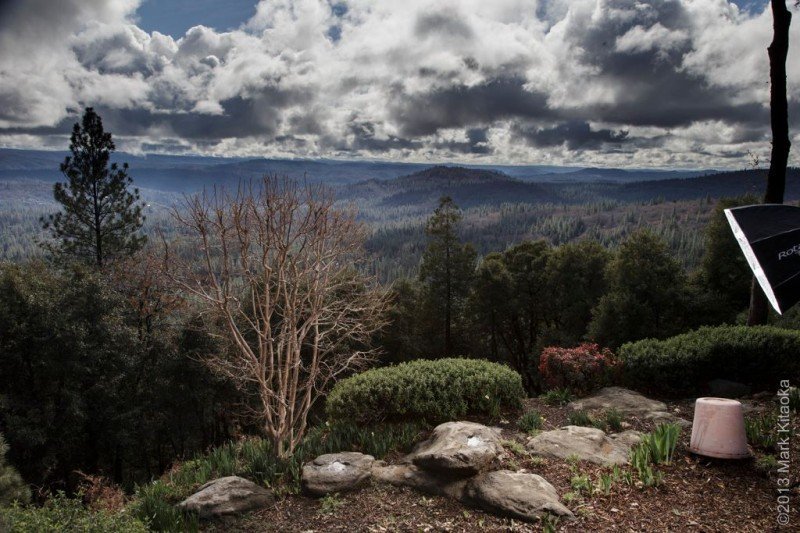 The on location setting.

So on the day of the session, she told me the story and said her husband Greg was going to stop by to meet me and watch some of the session. I asked her to text him and have him bring his X100S. Just before all the sessions were done I said to Cristine, “Hey we have hair, makeup and wardrobe here. Go have them put you in an outfit and have your hair and makeup done.” She simply said “WHY?!” I then told her that the best way for Greg to learn how to use his new camera was TO USE IT! 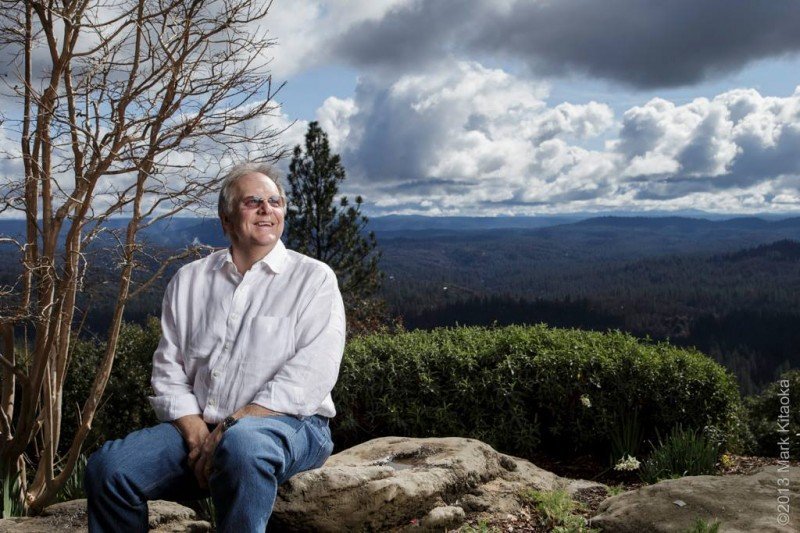 Mark, the owner of the property where the session was held.

So she reluctantly muttered “I can’t believe you’re talking me into this” and trundled off to hair and makeup. While ‘the talent’ was getting ready I gave Greg a crash course in how to meter while using studio lights outdoors and how to adjust his camera. Like all talent, Cristine was late to ‘her shoot’ and I had to call down to hair and makeup to hurry things along. 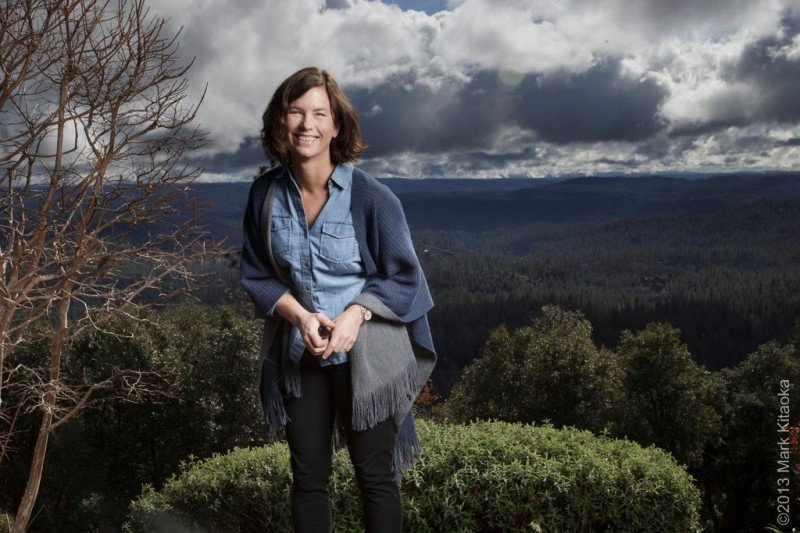 Cristine, the client and Marketing Director helps out during one of my light tests.

She came out looking great and I could see a husband of 10 years looking at his wife in a new way! LOL! Anyway he began shooting and it was worth all the effort and convincing to watch both of them in action together. He got some great shots and I’m sure they had a great ‘date night’ later that evening.

Update: March 22, 2014. I am now able to release some of the final images and they can be seen here.

Music in the Mountains Symphony