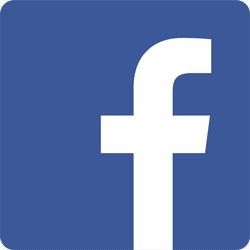 More disgusting lack of oversight. “Facebook outsourced contractors to listen in on your audio messenger chats and transcribe them, a new report reveals.“  So not just FB employees but contractors! Holy crap

“The real reason you can’t quit Facebook? Maybe it’s because you can judge your friends.” You can read the article here.

Today I read an interesting article by Christie Aschwanden about her experience leaving social media. Her views very much mirror my own with the exception that I have not returned to the FB rabbit hole. Her article is well worth a read.

Back in mid-October 2016 just before the Presidential election the mood of Facebook along with the country took an ugly turn. People overtly and covertly began to show bigotry toward me as well as others. For me Facebook has never been a vehicle for real change, although there are some things like helping individuals that work through social media. I found that Facebook made me ‘feel’ as if I ‘may’ be doing ‘something’ but in reality it was just masturbation. The good of keeping ‘in touch’ with people who had moved away or people I had not seen in many years was a positive part of the social media giant, but for me nothing of substance was there. It was a time burner. In May I had a stroke after my mother died in April and when the doctor told me to quit smoking or I’d risk a stroke that could leave me paralyzed on one side of my body. So I quit…cold turkey. Had she said that I would die if I had another stroke, well I would have gladly kept smoking. The thought of being dependent on anyone, most of all my children or my partner was enough to convince me to quit. Even though I LOVED SMOKING. The positive result of my stroke is I found so many things trivial. I had found pettiness and trivial people and attitudes poor in the past but the stroke sharpened my keen sense of what is important to a new level.

One of the side results of using Facebook for a while was becoming accustomed to small ‘snippets’ of information, the thing I swore I’d never succumb to…the USA Today method of reading. Much like how news is presented to us in ‘new cycles’ newspapers often have very short and often unedited content. So in summary I wanted to return to the ‘old school ways’ in which I was raised. To meet with people in real life, to build physical things, to help those face to face and to greatly reduce my ‘screen time’ so that I didn’t become a drone who has a screen in front of my face more than I cared to admit. I no longer wanted to have convenience trump the effort it takes to have real life face to face relationships.

For my first week ‘without’ social media I found I missed it, yet it also showed me how dependent I had become on its use. Funny that smoking was much easier the first week to do without than Facebook. This showed me just how bad my habit had become. After about a month people asked about me through our business Facebook page which Tracy found a bit irritating. But those who really wanted to contact me did so the ‘old fashion’ way, through email or those who are personal friends through texting.

I ventured out to the Mohave Desert to do a photo shoot with Pato and Eva which took us a year to plan. I made friends in real life with five remarkable people who I never knew before. I started to build things again in real life. I began to read and write. And slowly but surely I began to become ‘old school’’ once more. Then tragedy struck….

The Oakland warehouse fire happened in a building called the ‘Ghost Ship.’ 36 individuals died in that fire one of which was Jenny Morris, a close friend of my son. Jenny was only 21 years old and her death affected me as if she was my own child. I cannot begin to fathom the sadness felt by her mother, father and brother. Like grief I have experienced in my life my sadness comes in waves, in ebbs and flows just like my son’s sadness. Grief is not linear in healing. My son and Jenny had broken up a year ago and had they still been dating I’m sure that he would have died in the fire as well. He would have done all he could to save Jenny and others at the cost of his own life. The thought and possibility of losing a child makes everything else pale in comparison.

So how I use Facebook will be different than before. I may or may not feel like posting photos here or “Liking” this or that. I will be more of a lurker and when the mood strikes me, leave again for a time. I found that my creative ideas and feelings were much stronger when I was not participating on Facebook and I cannot explain why, but it does not matter.

So what I can control and do in my real life that isn’t dependent on social media is to be kind to others, to help in a way that is meaningful. And I will follow the words of John F. Kennedy “Ask not what your country can do for you. Ask what you can do for your country.”