Two factors motivated me to update this post. First on June 22 2018, a visitor to this page, “Moreno” stated the following:

“Have you tried the fresnel with a single AD200 in the dual bracket? You might find the following interesting. I measured the output at full zoom with both the AD200 and AD600 Pro, with each set to full power. Based on the power of each flash, you’d expect the AD600 Pro to measure about 1.5 stops more output than the AD200. That wasn’t the case, the AD200 was actually a full stop brighter than the AD600 Pro. And the AD200 light pattern was clean, without the horseshoe pattern of the AD600 Pro.”

Secondly someone had written to me privately to ask if the V2.0 Aputure Fresnel fits against an AD600. Since I don’t own a V2.0 version I could not answer based on my own experience. I never answer private emails simply because I get repetitive questions which do not happen if questions are posted on my blog.

So here are my own test results using one of the Aputure v1.0 units I own and are reviewed below this update: 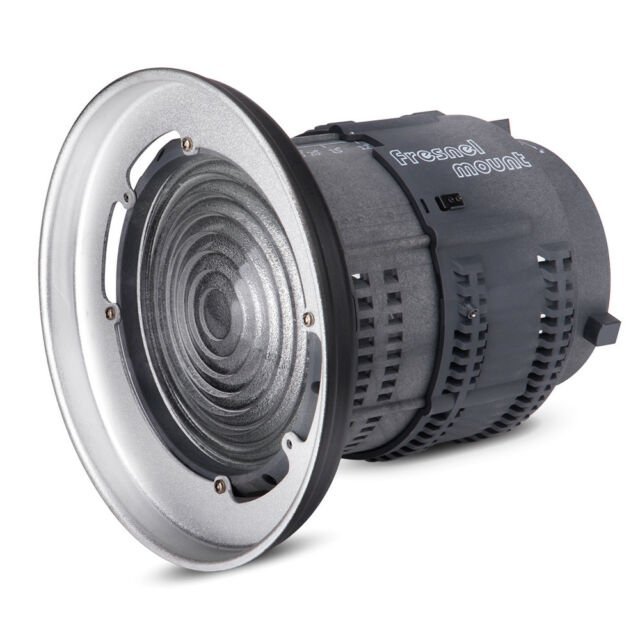 The use of the AD200’s optional Roundhead is impressive. I can only assume that it is a result of all the light thrown forward rather than scattered inside the modifier. I feel that the round head configuration mimics a classic Fresnel light source, a bare bulb with a reflector behind it. In testing of my K5600 Big Eye Fresnel I found that a shiny reflector placed behind the bare bulb of either my AD200 or AD600 improved the power of the light which is the classic configuration of lighthouses as well as K5600’s line of Joker constant lights.

I have continued to utilize these modifiers in many different situations. They are very versatile especially in wind. In the past I had relied on PCB Omni reflectors, but find that these modifiers work better for my needs. The ability to focus or flood the modifier is very convenient. This unit is no longer made and has been replaced by the 2X version. I have not tried that one. I’ve been helping a British retailer engage women in the new EV motorcycle space so I asked a friend who is also a racer to ride my bike to take some photos. Most if not all photos of women in/near/on a motorcycle cater to men. Bikinis, tight jeans, mini skirts, you name it. I wanted to create imagery that appeals to women….

These were all shot later in the day using a Flashpoint 600 strobe. Pentax 645Z at 1/1000th with varying f stops. My goal was to have the shots not appear lit, but still have high production value. Most of these shots were with the Aputure fully flooded. The exception is the last shot where I focused the Fresnel on Kathy’s face. 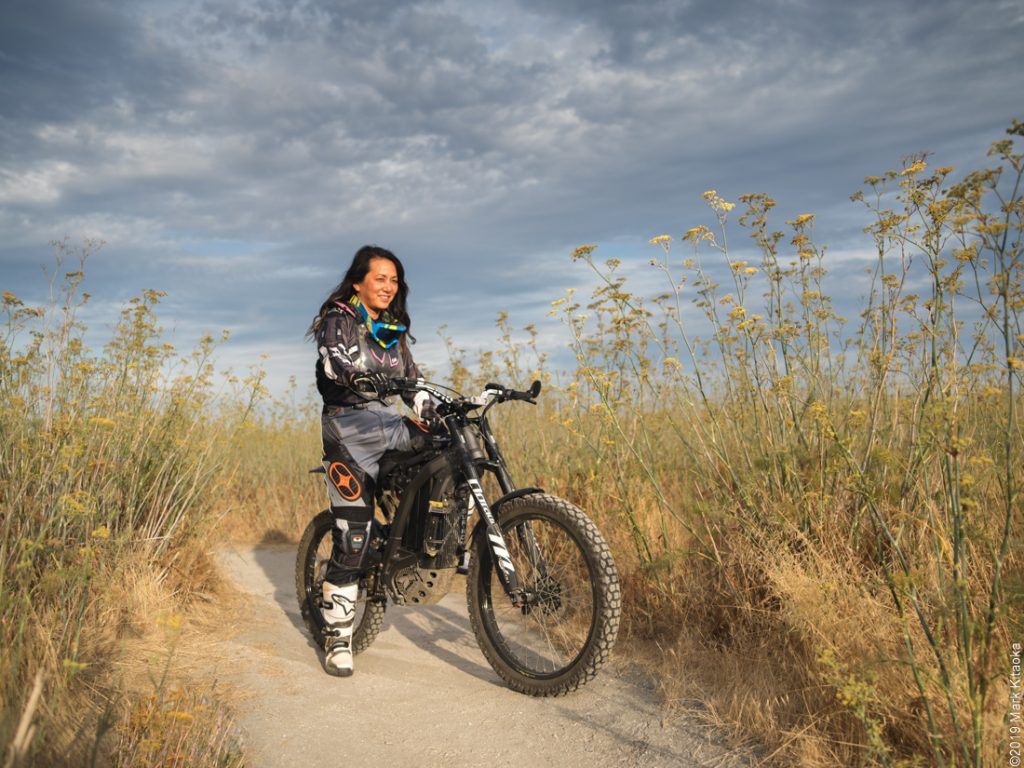 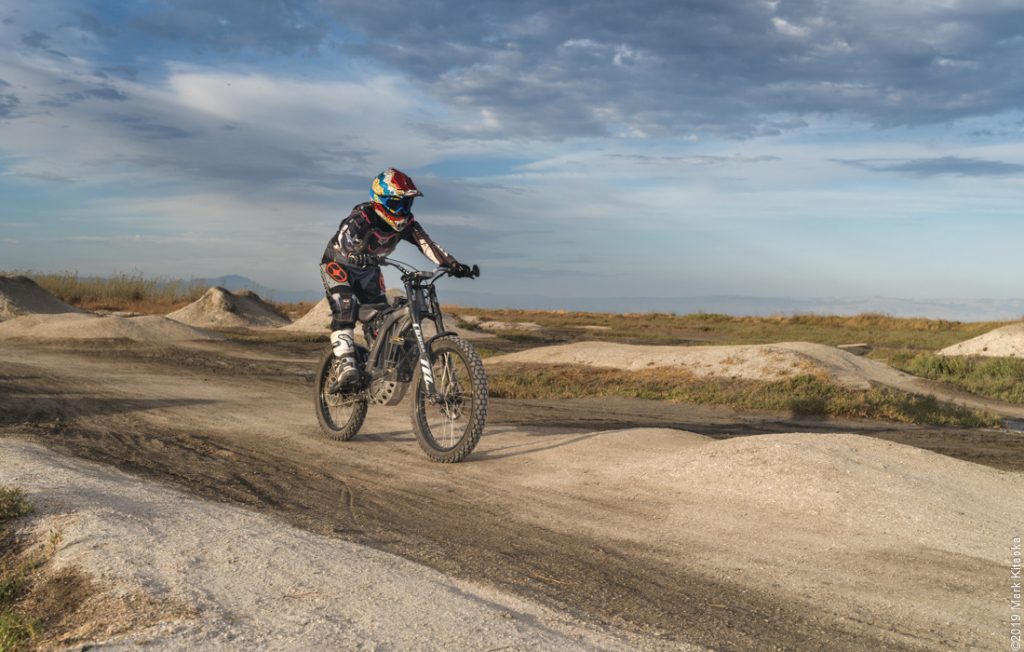 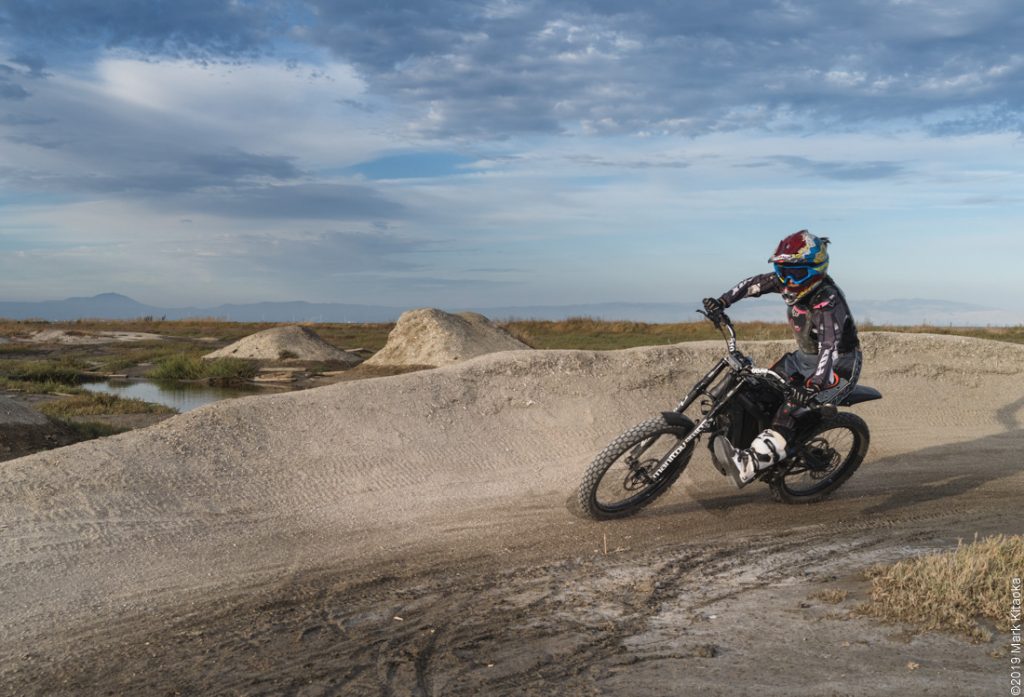 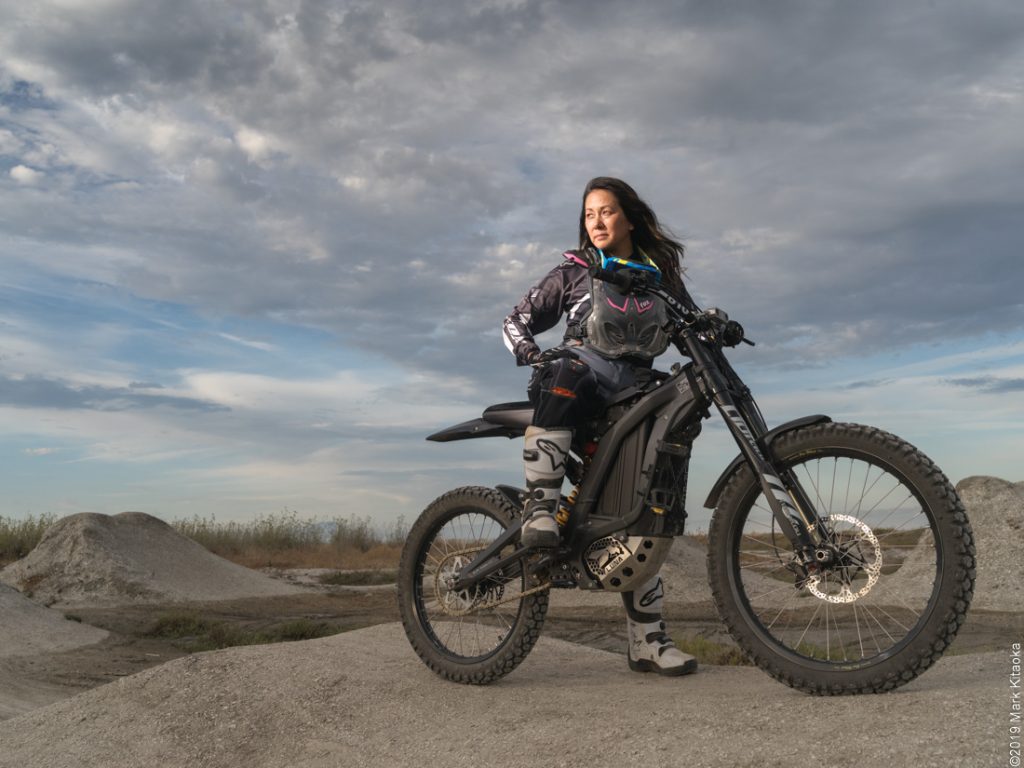 Recently I have favored Fresnel lighting for my on location outdoor sessions. The flexibility of the Fresnel’s ability to focus its beam, it’s matching light quality to sunlight and the stability of the modifier in high wind makes it a winner for my work. The other aspect of my work I’ve been trying to improve is the ability to make a lit scene not look lit. It takes much more finesse to light any scene as if it is just natural light, but with a high production look. Still much more to learn, but the Aputure Fresnel is a remarkable tool. My strobe of choice for this session was the Flashpoint xPLOR600 Pro.

I’ve written an on location post where I’ve utilized an Aputure head.

My initial findings for the Aputure Fresnel Lens – July 6 2017

Because I work with so many theatrical stage lighting designers and bow to their artistry along with how COMPLEX their jobs become, I am very familiar with the Fresnel lens. It’s a staple of the constant light stage world and was very popular in the early Hollywood celebrity portrait days. Many shooters now love ‘soft light’ the softer the better in their minds. But the use of bare bulb lighting and Fresnel light is very powerful and effective to convey the right mood in a shot. So for a whopping $69.00 I decided to buy the Aputure Fresnel Lens off of Amazon.

One of the things I will find out in actual use is how much light bleed from the vents on the side of the housing cause. I believe that will depend on where/how the strobes are placed in relation to the subject. Since the unit is made to be used with all Bowens mount units the vents are placed to dissipate heat. I don’t imagine that the light bleed from the vents will affect my work unless I’m using the unit for an overhead light which may bleed onto any seamless I’m using. Time will tell and if that is the case I will simply use some Cinefoil to mask off any bleeding light. Stay tuned….

I wanted to determine how much light loss happens using this modifier compared to a bare bulb or 7″ cone. My little test was done outside in daylight. Using an Xplor 600 at maximum power (1:1), 20 feet from the wooden wall, measured with a Sekonic L-358 light meter, ISO 100, 100th of a second. My finding:

The f8.0 was when the unit is set at the maximum spread of 42 degrees. Things change when I zoomed the Fresnel to the 15 degree mark which yields f9.0 at the same distance.

Obviously I will be continuing to update this post when I use it on a commercial shoot. In September I have a dance session where I plan to use this unit along with a gobo strobe modifier. At this point I’m very pleased with the construction and operation of the unit. Stay tuned.

Have you tried the fresnel with a single AD200 in the dual bracket? You might find the following interesting. I measured the output at full zoom with both the AD200 and AD600 Pro, with each set to full power. Based on the power of each flash, you’d expect the AD600 Pro to measure about 1.5 stops more output than the AD200. That wasn’t the case, the AD200 was actually a full stop brighter than the AD600 Pro. And the AD200 light pattern was clean, without the horseshoe pattern of the AD600 Pro.

I may try this when my work calms down. Thanks for letting me know.

Moreno I have updated this post after conducting my own tests based on your comment. thank you.